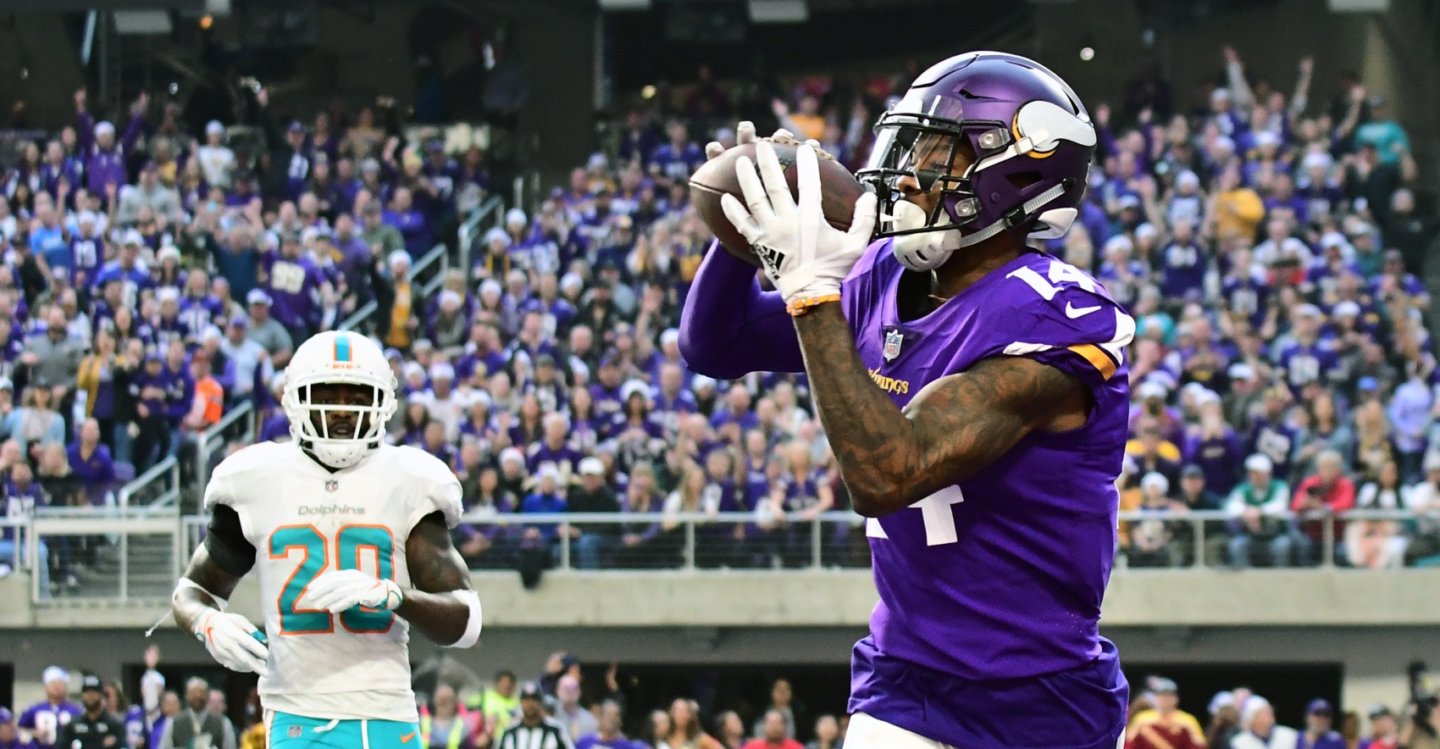 Truth be told the more I dive in the more my round 1 ranks are already in flux but for the purposes of this series ima just roll with it. With July coming to an end to we’ve had our first significant injury in camp with Doug Baldwin banging up his knee. Still not sure to what extent but hopefully he can get back out there by week one for Big Russ.

13. Keenan Allen – I wanted to move him into the first round but short-arm Phil really bothers me. After 2 injury riddled seasons Keenan bounced back to the tune of 102-1393-6. That’ll do donkey, that’ll do.

14. Melvin Gordon – Still don’t think Melvin is actually a good player but volume is king in this game. Gordon was top 3 in carries inside the 5 last year and has piled up 637 touches the last 2 years combined.

15. Leonard Fournette – Went over 1300 total yards and 10 tuddys last year despite missing 3 games. If he can stay healthy and improve on his reception total, there’s no reason he can’t emerge as a top 5 RB this year.

16. Dalvin Cook – Dude was trending towards true workhouse numbers in his rookie season. Only reason he’s this low is the ACL injury but by all reports he’s back and ready to rock.

17. A.J. Green – Always some injury concern with A.J. but despite Dalton still being the QB in I think the Bengals are poised to have a bounce back year. A.J. has only had one season in his career with less than 1000 yards and will continue to dominate targets in 2018.

18. Devante Adams – Aaron Rodgers’ #1 WR in the second round? Sign me up. Adams has 22 tuddys the last 2 years combined and with Jordy out of the picture could even see those increase slightly. Sure, Jimmy Graham will get his but he’s on the wrong of 30 and has yet gain Rodgers trust.

19. Mike Evans – Evans is a tough one to gauge. For one I’m convinced he’s skinny fat. From a production standpoint, his TD totals have gone 12,3,12,5 the last 4 years. My logic here is simple, it’s an even year again.

20. Doug Baldwin – This is under the assumption he’s ready for week one. If he is, he has been a lock for 75+ catches, 1,000 yards and 7+ tuddys the last 3 years. With Graham out of the picture, maybe that TD total creeps back into the double digits.

21. T.Y. Hilton – With Luck seemingly back to health I see T.Y. bouncing back into the WR1 discussion. T.Y. has averaged about 4 more PPR points per game with Luck vs without.

22. Rob Gronkowski – Weekly difference maker at the TE position. With Edelman out the first 4 weeks we can expect Gronk to be extra hungry.

23. Jerick McKinnon – I’m a sucker for the unknown. The SPARQ freak is slated for a big role in Shanahan’s offense.

24. Christian McCaffrey – Safe floor strictly based off his receiving skills. McCaffrey had 80 receptions as a rookie and could be in line for an increase in carries if he can find the holes better in 2018.