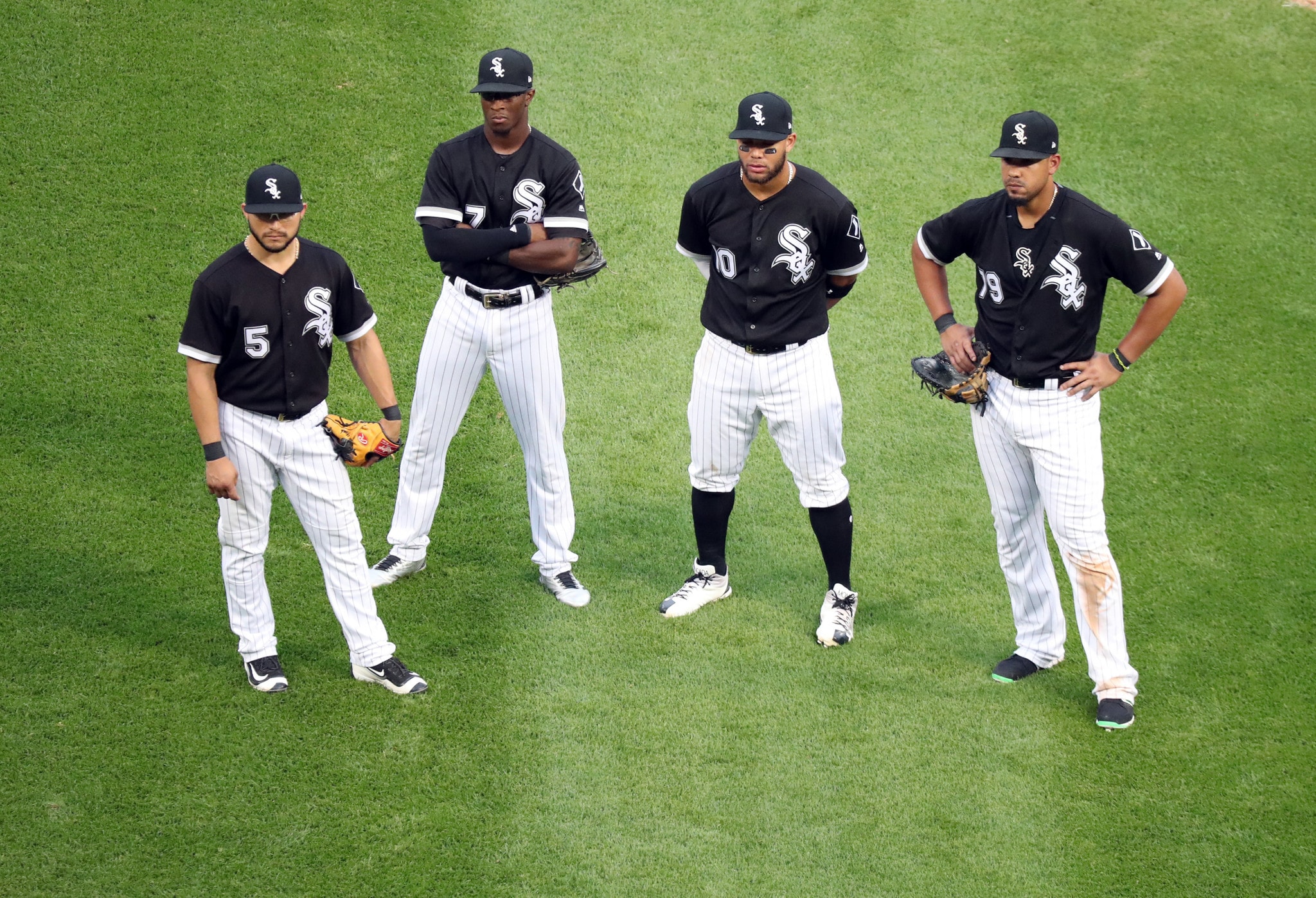 The White Sox finished off a miserable season with a pathetic week of baseball. The team played to a 1-6 record, winning 1 of 3 against the Cleveland Indians in their final home series of the season before being swept by the Minnesota Twins to finish off the 2018 campaign. They finish with an overall record of 62-100, only the fourth time in franchise history where they hit the century mark in losses. We are in peak rebuild mode and I’m really hoping this is the lowest point of the team’s journey through despair. The final weekend sweep at the hands of the Twins was so rough that it drains a lot of the hope you have for the future. I don’t know if it was the Kopech injury or all the September call ups we trotted out there, but the month of September was very bad for the White Sox. This coming after it looked like they were starting to turn the corner while playing above .500 baseball in August.

Ricky Renteria is a player’s coach and generally seems to get the most out of his players. His boys definitely don’t quit, but he has been given a tough task. After coaching the Cubs through a year of their rebuild, the longtime assistant joined the Sox as a bench coach before taking over as manager in 2017. Renteria has guided the South Siders to a 129-195 record over two seasons and will 100% not be the manager of any of the #FutureSox teams. The only question is if he will be back for a 3rd trip around the sun in 2019. I don’t expect the Sox to be all that competitive next season, but I do believe they will be much improved. We are going to see more of our prospects in the league, including the young goat Eloy Jimenez, and our current cornerstones will be able to build off of the good we saw this year, as little as there was. Players like Jose Abreu, Tim Anderson, Avi Garcia, Lucas Giolito & Yoan Moncada all tremendously underperformed this season, but also showed their potential for stretches. Moncada being one that finished off the season on a hot streak. The other current roster members that should be in our long term plans, Carlos Rodon and Reynaldo Lopez, had very solid seasons even if they struggled at times. That is the best you get when you lose 100 games though, so we have to really lower our standards when talking about the 2018 iteration of the Chicago White Sox.

Fresh Pair of the Year

There was not much to cheer about this season, but one pleasant surprise was the arrival of Daniel Palka. The 26 year old rookie spent past few seasons in the Twins farm system before being released and eventually signed by the White Sox last November. He made his debut at the end of April and has been hitting dingers since. In fact, Palka set the team rookie home run record for left handed hitters with 27 on the year. He only batted .239 and plays a rough outfield, but he has absolutely earned a roster spot for 2019. He’ll have to replicate his home run total or increase his average by 20 or so points to be considered a long term fit. As awesome as it was to see him destroy baseballs this year, I’m nervous that he is just another Matt Davidson. A player with power, but not enough to make up for below average metrics everywhere else.

Another player to highlight from 2018 is Omar Narvaez. The backstop was on tap to be the backup catcher for 2018, but had to take on the primary role when Wellington Castillo was busted for PEDs and suspended for 80 games. Narvaez played briefly in 2016 before getting a longer look in 2017 where he batted .277. He hit just a clip below that this season at .275, but set career highs with 9 home runs and 30 RBIs while playing in 97 games. Narvaez struggled in the White Sox’s system at both the AA and AAA level, so it’s a pleasant surprise to see him playing consistently in the bigs. I still have hope in Zach Collins being our WhiteSox2020 catcher, but I see no issue with Narvaez continuing to get a shot while that plays out.

Rick Hahn announced the Wednesday before the last series that Jose Abreu would be shut down for the rest of the season. Abreu was only able to see action in 6 games since returning from his August DL stint and hadn’t play since September 16th. The 2 time All-Star finished the season with career lows in average, home runs, and RBIs as well as games. I’ve said it before, but I believe Abreu is in Hahn and the #FutureSox’s plans and a down season marred by injury is no reason to change that stance. Jose brings an invaluable presence to our team and is by far our best player. We can trade for blue chips all day, but at some point we need players who can play.

The organization saw a plethora of injuries at the minor league level all year, but many of those players battled and recovered to have solid or great seasons. Eloy Jimenez, Luis Robert, Alec Hansen, Dane Dunning, Jake Burger, Micker Adalfo, and Zach Burdi all experienced stints on the DL with Burger missing the entire season and Adalfo needing Tommy John, but overall they continued to improve. Adalfo was tearing it up in Winston-Salem and was about to make the move to AA before the injury and Eloy was one of the best players in the minors. The #NextSox have a crucial offseason ahead of them as we move one step closer to getting most of these players to the show.

I’m not going to explain or defend my prediction at this time, but I want to put it on paper early so I can brag about how right I was in October. This team will improve a lot as our prospects continue to grow and I’m calling for a 20 win jump in 2019. I’ll follow up with more details during my 2019 season preview coming soon.*

*soon means any time before the start of the 2019 season