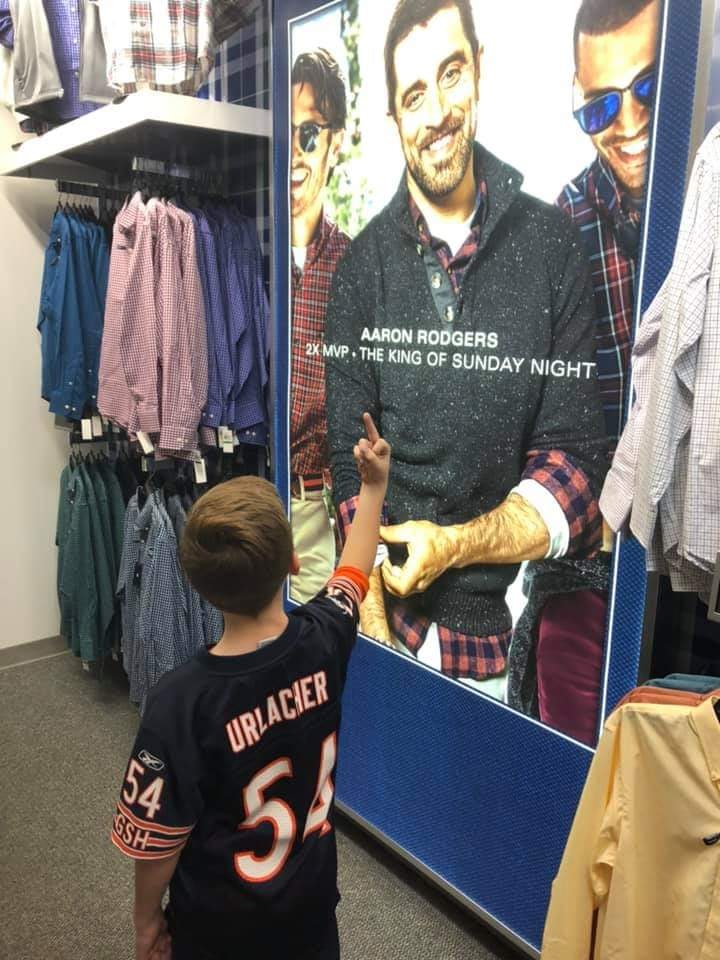 A balmy 39 degrees certainly isn’t the coldest it’s ever been at Soldier Field. But 14 weeks after letting the Packers come back from a 20-0 deficit to stun the Bears in Week 1, you can bet that dish of sweet revenge was plenty chilled.

After rising to the occasion against the Vikings to establish themselves as legitimate division leaders, and after stifling the Rams last week to prove themselves real contenders, there was plenty of unfinished business for Chicago to settle against Green Bay in Week 15.

Clinching the NFC North, for one. Winning 10 games for the first time since Lovie Smith was the head coach, for two. And yeah: Beating the Packers and ensuring that Aaron Rodgers and co. would be enjoying the NFL playoffs from the comfort of their own homes.

When the dust had settled over a consistently loud Soldier Field, the Bears had done all of that and more, securing a 24-17 victory to push their record to 10-4 and officially crown themselves Kings in the NFC North.

Even though the Bears lost the season opener, Khalil Mack used that debut to show what a difference-maker he could be – though much of his best work was against DeShone Kizer.

He showed up again against the Packers on Sunday, though, this time putting Aaron Rodgers on the ground for half of the Bears’ five sacks – including this masterpiece, shared with Bilal Nichols, that can only be described as a Mack-attack ass-sack.

Mack has always been a playmaker, stepping up to earn his fat paycheck in seemingly every game. But the idea of him wreaking this sort of havoc on the Packers every time they play Chicago has to make Bears fans giddy.

Trubisky shakes off the rust

After an ugly three-pick debacle against Los Angeles last week – easily one of the worst showings of his young career – Mitch Trubisky came to play on Sunday, almost as good this week as he was bad last week.

He notched his first touchdown pass near the end of the first half, a short flip to Tarik Cohen, who sprinted for the edge and reached with the ball just inside the pylon, giving the Bears a 14-3 lead at the half.

His second, a 13-yard pass with perfect touch, gave the Bears the lead once more at 21-14 after they let the Packers claw back to a tie.

Overall, Biscuit came up with 235 yards, a pair of touchdowns, and no interceptions for a 120.4 rating (after managing just 33.3 last week). He was on target all afternoon, with several perfectly floated passes and a crucial run on third-and-10 later in the game.

Keeping their foot on the gas

When the Bears blew that 20-point lead – no, I won’t stop mentioning it, because they should never, ever forget about it – many blamed Nagy for the conservative play-calling in the second half.

And while it was some less-than-conservative play-calling that got the Packers back in it (the Bears turned the ball over on downs at midfield following a failed fake punt), the sentiment is still very real: The Bears needed to put teams away and play all four quarters.

But this isn’t the John Fox Bears, and it’s not the Bears team that fell short against the Patriots or Dolphins, either. Rather, it’s a team coming off a string of solid showings against solid teams. It’s a team that plays hard, wall to wall – and one that, when you tie the game in the second half, isn’t liable to roll over.

After the game-tying touchdown, the Bears got right back to it, starting a long drive deep into Green Bay territory that ended when Cohen coughed the ball up on a gadget option play. But the defense walled off the Packers, and the Bears got the aforementioned touchdown to Trey Burton on the very next series.

They forced another punt, got a nice return from Cohen, and Parkey nailed a field goal to make it a two-score game, at 24-14. It was easy to see the Packers tie things up at 14 all and think: Well, here we go again, same as it ever was. It was easy to imagine a scenario where the Bears’ eventual division win was marred by being unable to hold leads against the Packers and letting them keep their playoff hopes alive.

After beating their bogeyman and exacting revenge on the Packers (5-8-1) by closing the door on their playoff chances, it might not seem like the Bears (10-4) have much left to play for.

But not so fast: With the Rams losing again this week, they’re now 11-3, only a game ahead of the Bears for a first-round bye – and the Bears, courtesy of their 15-6 win over LA, own the tiebreaker.

The Bears will try to keep piling up the wins next week in San Francisco as they take on the 4-10 49ers. At the very least, a win there guarantees them no worse than the #3 seed in the NFC, which would see them host the second Wild Card team.