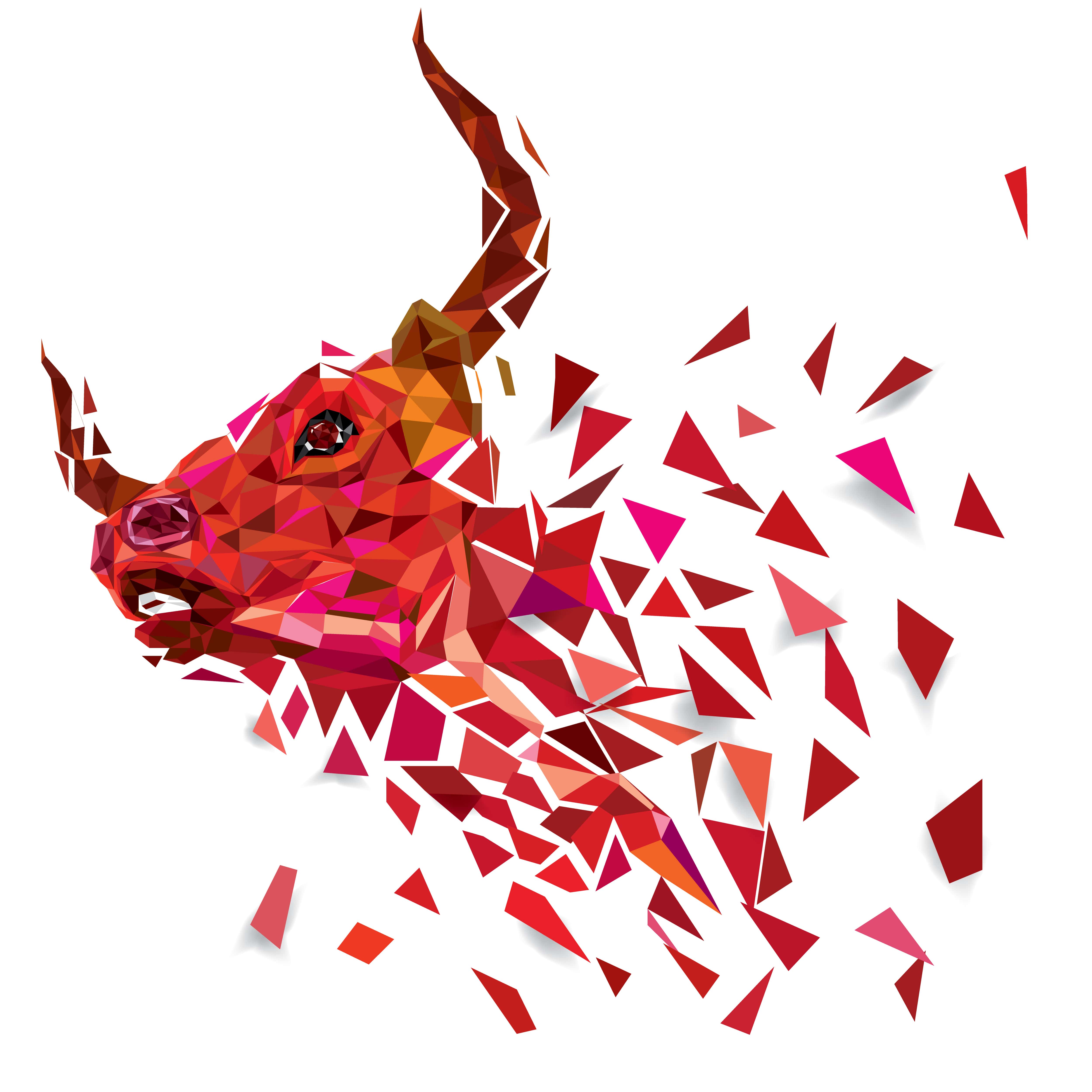 With the NBA Draft lottery in Kirk Hinrich number of days, let’s go back in time to recap past draft blunders and success stories that have come to make the Chicago Bulls the team we know and love today.

ICYMI, this year the Bulls are slotted at the #4 lottery pick – and hoping to move into the top 3. We desperately want one of the coveted 3 players: Zion-Ja-RJ. Chicago hasn’t had much luck in the lottery since the year they jumped from 1.7% chance to #1 and turned it into our lord and savior DRose in ’08. As a matter of fact, the last 2 years – which I consider draft successes – the Bulls have fallen in the lottery. 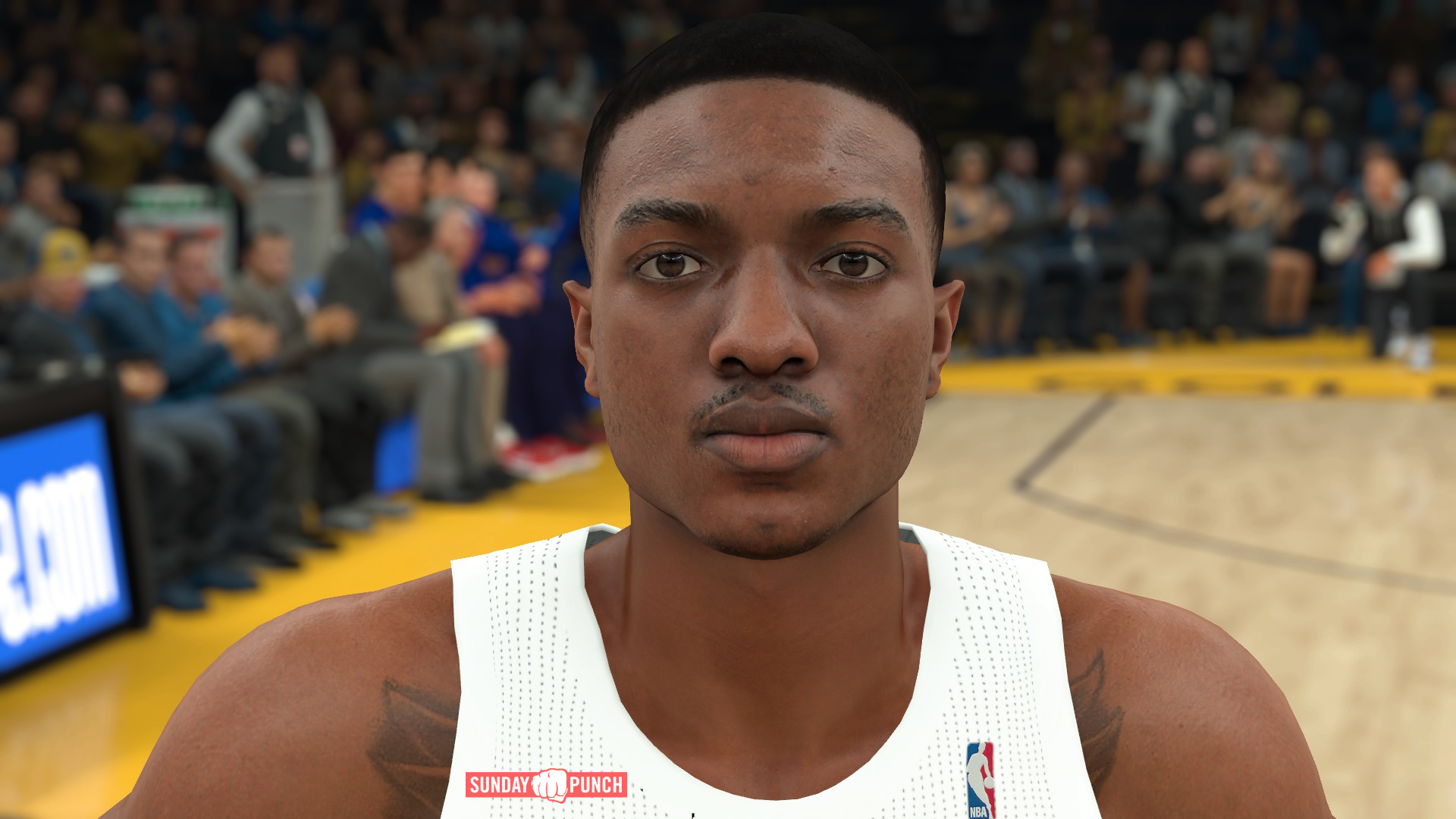 The Bulls were in prime position for the #6 pick, where many Bulls fans were hoping to snag Mo Bamba (shoutout Sheck Wes). They fell 1 spot in the lottery and selected Wendell Carter Jr, who showed extreme promise last year and looks to have the paint on lock down for years to come. 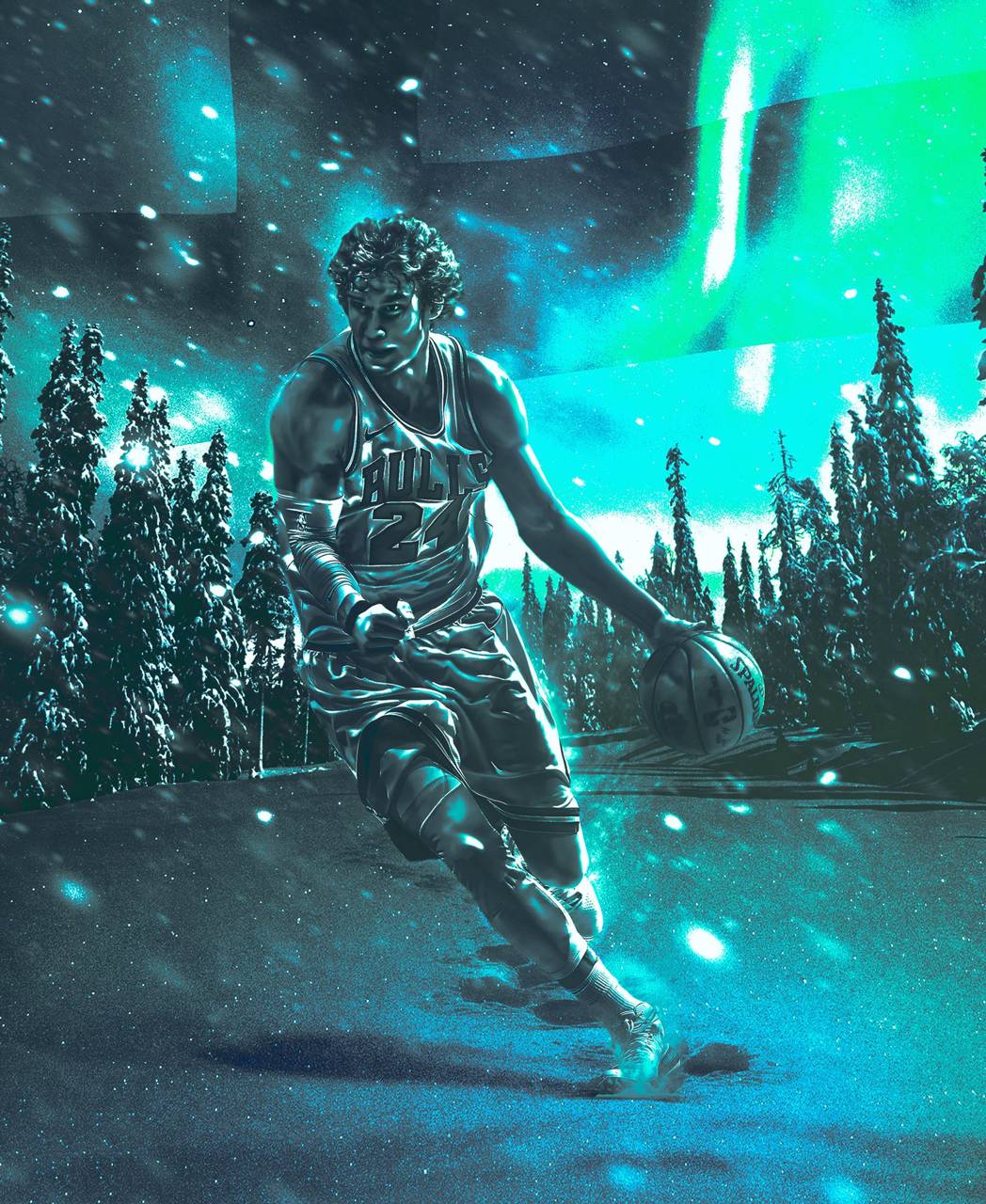 Different year, same story. The Jimmy Butler trade – Bulls had the TWolves pick, who were originally slotted at #6 in the lottery and fell to #7. The Bulls Drafted Lauri to the shock of most, who wanted Dennis Smith Jr. This pick worked out as well as anything else in this article. Lauri has been a fringe All-star his first 2 years in the league and looks to make the leap to Baby-Dirk status in 2019-20.

This is where our story takes a bit of a turn. The last 2 years’ drafts are successes with WCJ and Lauri. The next 5 or so could be a bit cringe worthy, so take an extra sip of whatever’s in your cup now. 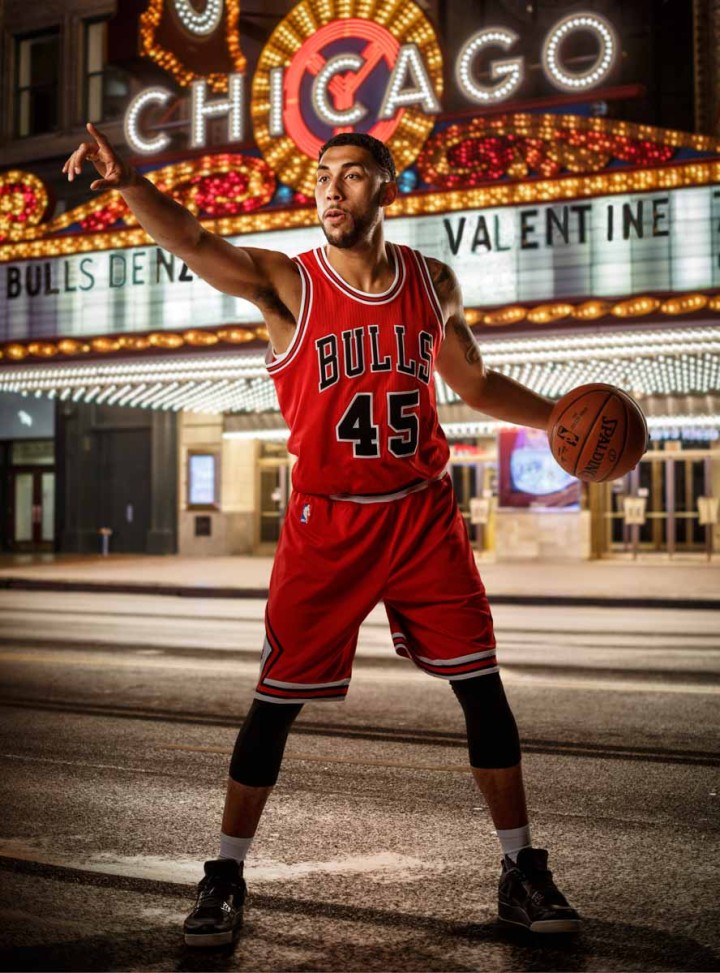 The Bulls, with the 14th pick, draft Denzel Valentine out of Michigan State. He was the big name the fans wanted, and the Bulls got. We are now a few years down the road and he hasn’t shown us much. Well, other than being an average, injury prone player. A few names they skipped on – Caris Levert (20) Pascal Siakam (27) Malcom Brogdon (36) 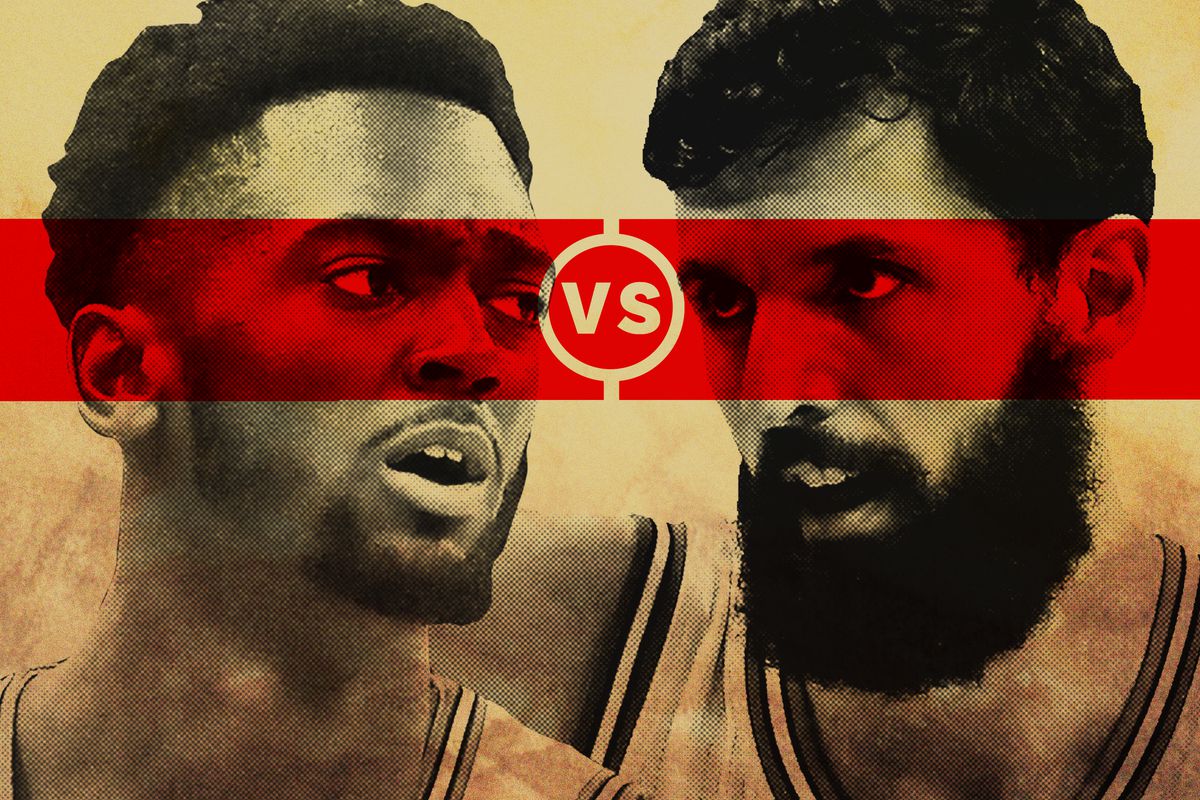 The last good year the Bulls have had, hence the 22nd pick in this years’ draft. The Chicago Bulls select Bobby Portis out of the University of Arkansas. Good ole’ crazy eyes. This was another pick not many wanted. Most fans were kicking themselves that the Bulls didn’t select the big name in Rondae Hollis-Jefferson out of Zona who went the very next pick (23). Portis worked out, to an extent. He carried the Bulls emotionally for most of his Chicago years, and gained the respect of Chicago with his above average play and hustle. He also punched Nico Mirotic in the face to the joy of many. 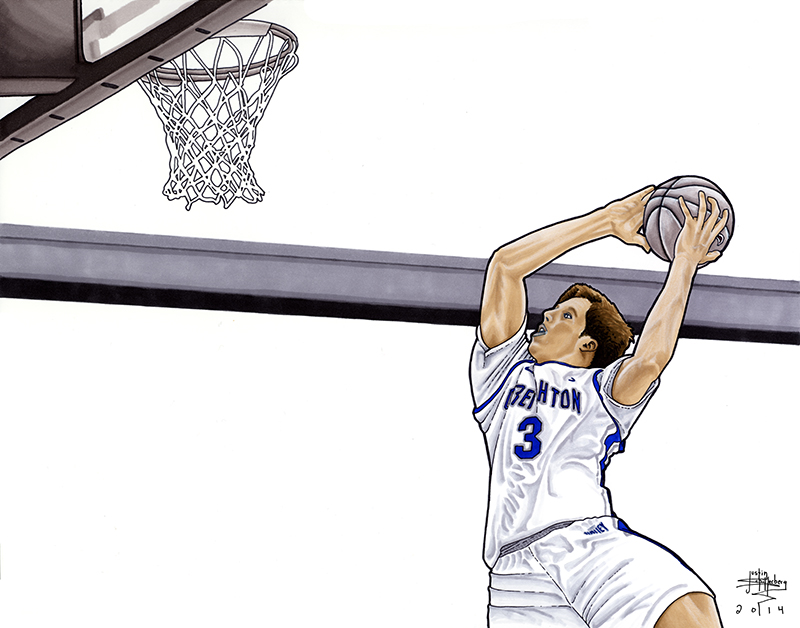 This one stings. It might be worse than when the Bulls traded LaMarcus Aldridge for Tyrus Thomas.

In 2014, Garpax had the genius idea to trade up and make a splash. Generally, making a splash for Garpax should be contained to a kiddy-sized pool… but folks, they were trying to make a Pacific Ocean sized splash. Trading the #16 and #19 for #11 to take *again* the big college name in Dougy “McBuckets” McDermott. Spoiler alert – not many buckets were seen in his future. Who was selected at #16 and #19? Just a few playoff starters & fringe all-stars in Jusuf Nurkic and Gary Harris. NBD.

It gets worse. Since we’re already playing this game, let’s see who the Bulls passed on to take McDermott…

Hell, even taking a flyer on Joe Harris at 33 would have been a better draft pick than McDermott.

Remember, these were fair times in Chicago Bulls fandom. The Bulls were perennial contenders in the east, and may have been a few pieces away from making a deeeeep run. 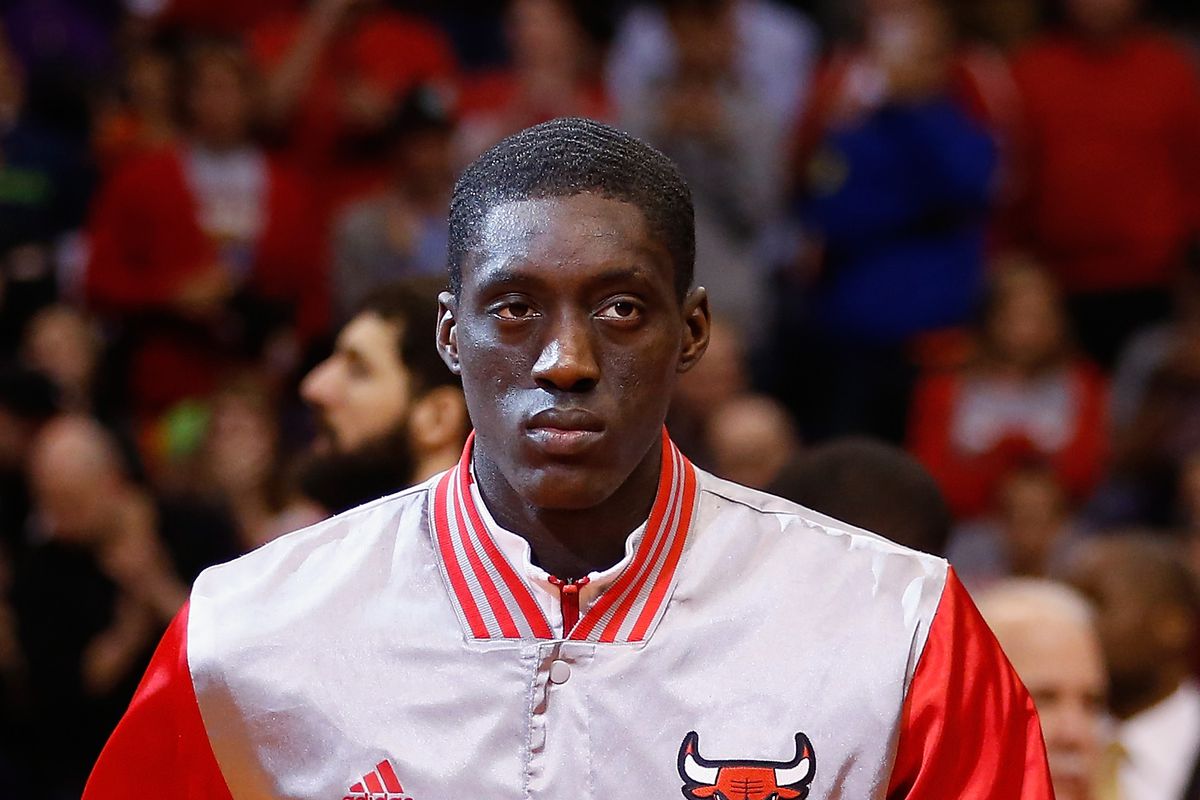 In 2013 the Bulls selected Tony Snell with the 20th pick. Snell’s NBA career was and continues to be laugh out loud funny, yet he still finds himself on a roster due to his defensive prowess. The Bulls passed over Tim Hardway Jr (24) and Rudy Gobert (27) to take Snell at 20. With this being one of the worst draft classes of all time, we won’t consider this a HUGE blunder – Anthony Bennett was the first overall pick and Michael Carter Williams won ROY. Snell still being in the league could be the biggest success story out of this draft.

Lastly, in 2012, the Chicago Bulls selected Marquis Teague out of Kentucky with the 29th pick, to be the backup PG – which at that time was the last piece of the puzzle. Many fans saw the last name and penciled him in to be a success because of his big brother Jeff.

In 2012, Jeff Teague was an all-star contender balling out with the Hawks, so why wouldn’t his little brother be just as good? Well for many reasons – the biggest being that all he seemed to do well was run fast, which landed him a cushy roster spot with the Jeonju KCC Egis of the Korean Basketball League. In 2011, Marquis was ranked the #5 rated basketball prospect in the world. 7 years later and he’s a Korean league mainstay. Take it how you want Chicago fans, the Bulls only passed on Jae Crowder (34) Draymond Green (35) Khris Middleton (39) Will Barton (40) and Mike Scott (43) to get little Teague.

This brings us back to the upcoming 2019 NBA Draft. The Chicago Bulls are at #4 for the lottery. Would Chicago be elated to move into the top 3? Of Course. But, if  past drafts have told us anything, it’s to let whatever happens, happen. Don’t give away too much to take the big college name (unless it starts with a Z). AND don’t freak out because the Bulls drop a pick or two. Simply take the best available player on your draft board and build, baby. In Garpax we trust??? They force us to!