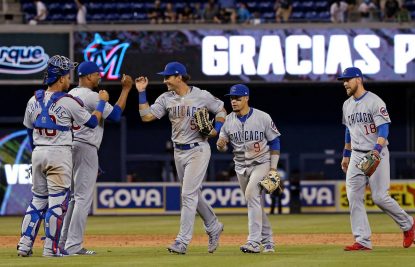 While key Cubs superstars scuffle, others have stepped up to lead the squad

The Cubs are beginning to right the ship. I’ll go into more detail with the weekly recap this weekend – so look for that! – but the gist is that they’re putting things together after a rough start, inching closer to .500 and stepping into the fray with the rest of the NL Central.

On paper, it was clear this team wouldn’t stay down long. They have a former Rookie of the Year and MVP (Kris Bryant), a franchise icon who’s been the team’s rock since the rebuild began (Anthony Rizzo), and a cool, collected starter who once led the league in ERA (Kyle Hendricks).

Except Bryant has a grand total of one home run, Rizzo’s been worth negative fWAR (-0.2), and Hendricks is sporting a 5.40 ERA as of this writing with a career-low ground ball rate of 36 percent – poor marks for a guy who lives for getting people out on the ground.

Despite all this, the Cubs now have the best run differential in the NL Central (at +18) and record-wise sit 2.5 games out of first place, pending today’s results. How have they managed it? Here are a few of the key guys carrying the Cubs. 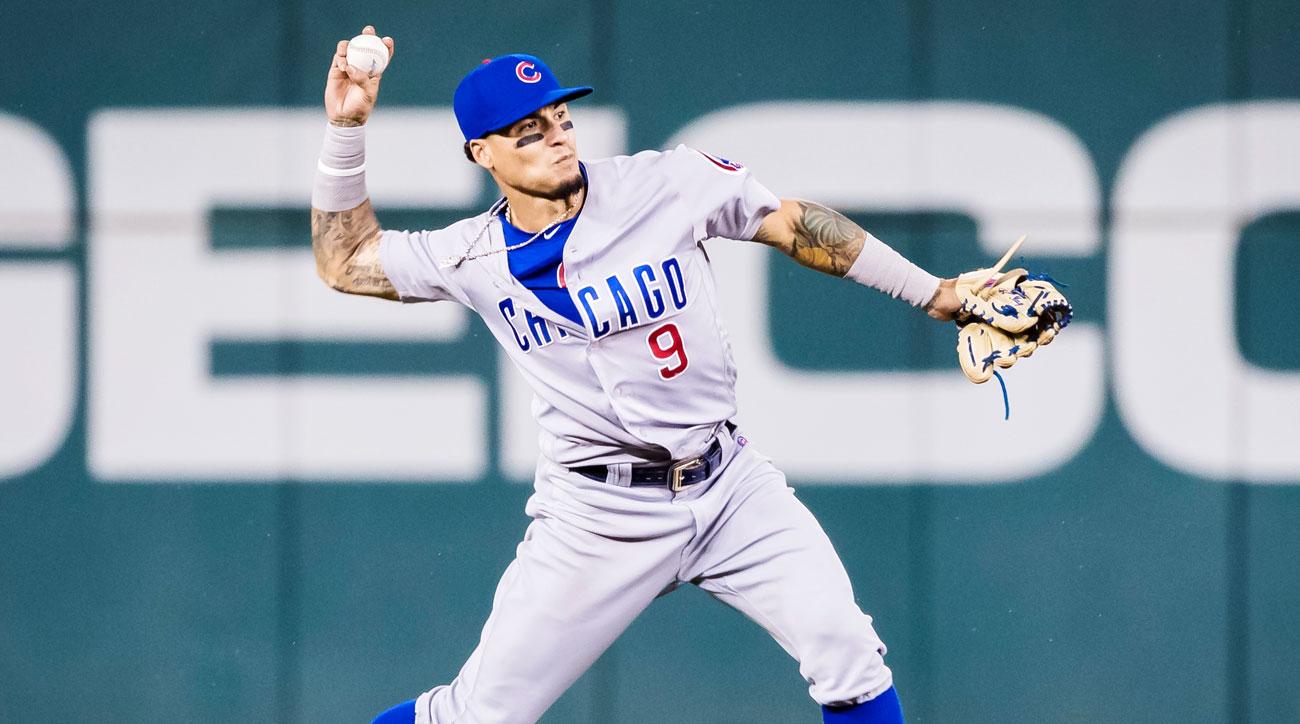 The biggest reason I put “mostly” in the headline is because of Javy Báez, who broke out in 2018 and gave Christian Yelich a run for his money in the MVP race (before petering out with the rest of the Cubs offense down the stretch).

Even so, you could be forgiven for not expecting Javy to repeat his success. His 2018 fWAR total of 5.3 more than doubled his career mark, meaning his breakout came basically out of nowhere.

Many wondered if he could possibly sustain his success moving forward, and plenty of people took the under.

Those people are being proven spectacularly wrong to this point in 2019. Javy has put up a full win above replacement just 17 games into the season, on pace for an insane 9.6 WAR.

And no, he won’t get anywhere close to that, but it’s fun to watch an all-or-nothing hitter like Báez as he absolutely rakes, hitting for average as well as power as he slashes .324/.351/.635 with six homers already. 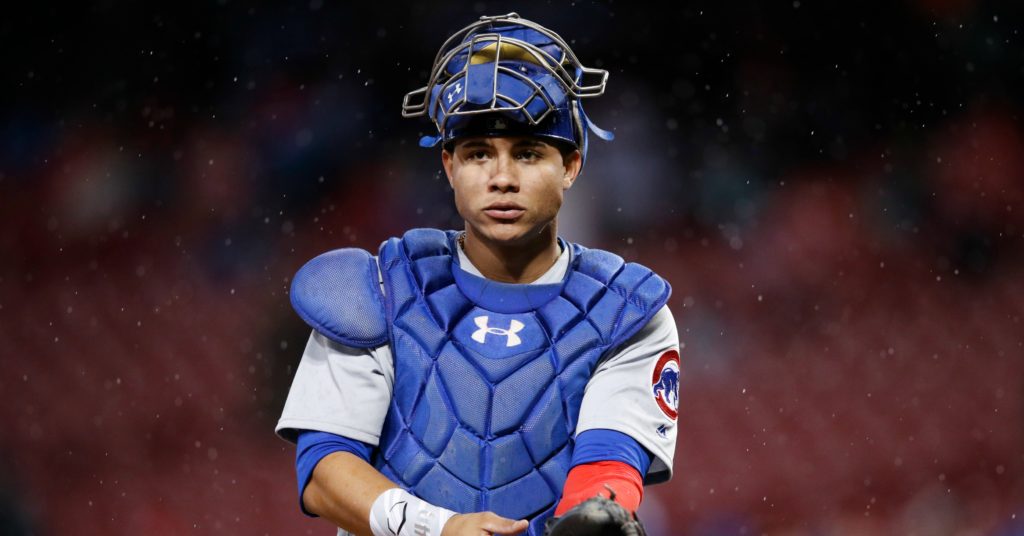 After struggling in 2018, possibly due to the fatigue of having to play 138 games at the grueling position of catcher, Contreras is locked in so far in 2018. After putting up 0.9 fWAR in all of 2018, he’s surpassed that total already in 2019, matching Javy’s mark of a full win above replacement.

It’s been almost entirely thanks to his offensive output, as while his defense has been near league average, he’s outhit Christian Yelich in terms of wRC+ with a mark of 209.

If you don’t remember wRC+ from previous pieces I’ve written, it’s a sabermetric that accounts for total offensive output, normalized such that a league-average hitter is 100. This means that Contreras has been 109 percent better than league average, second in the NL only to Cody Bellinger.

He shares the team home run lead with Javy (at six) and has slashed an even more impressive .319/.458/.766(!). With guys like Contreras and Báez leading the charge on offense, one can only imagine how scary this already-excellent offense will be when Rizzo and Bryant hit again. 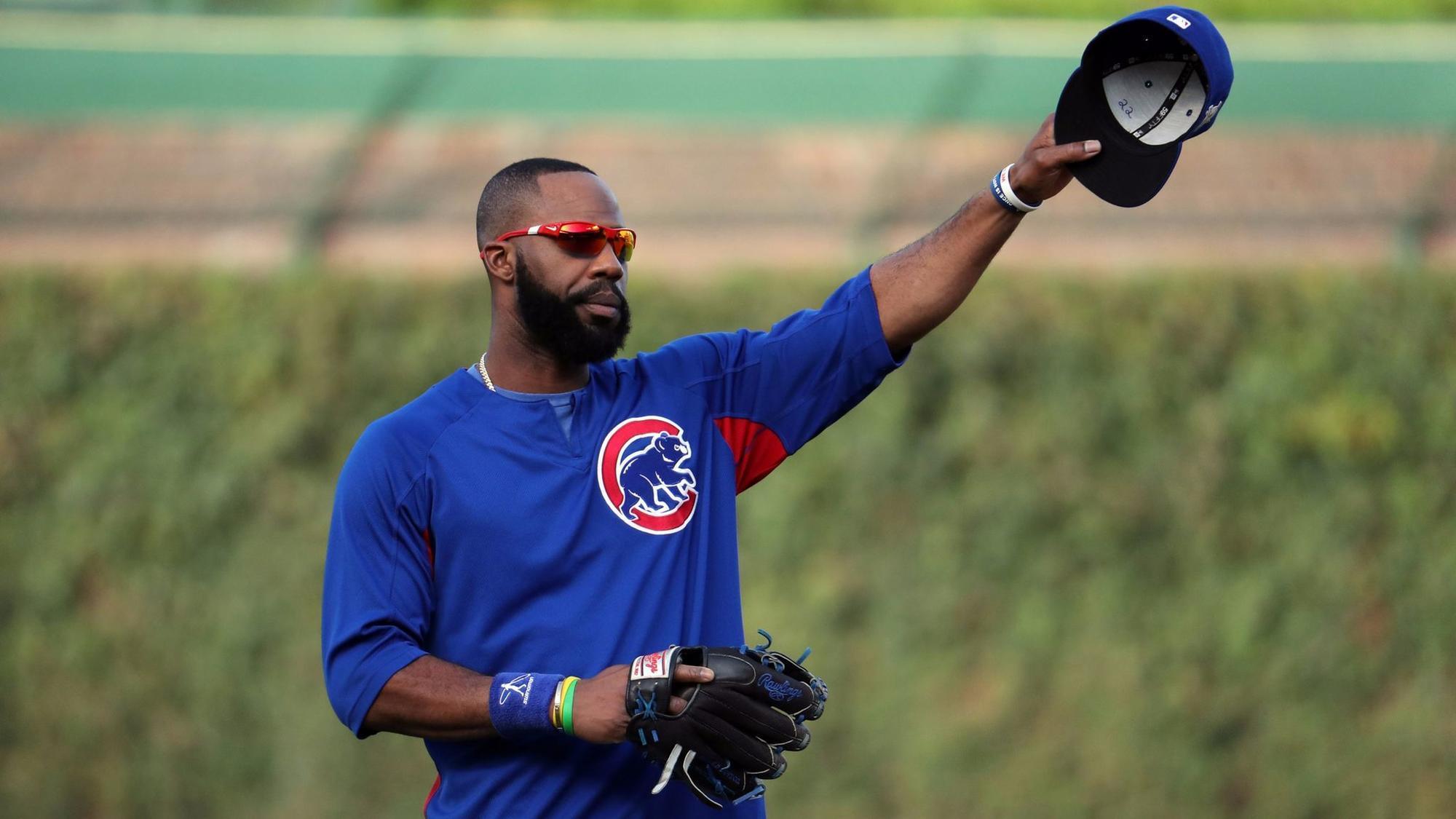 There’s one last bat to talk about: Jason Heyward. He’s never put up more than 2.0 fWAR in a season with the Cubs (that was his mark last year), but he seems to finally be finding his stroke in 2019.

He’s shown some signs of slowing down in the past few games, but has still managed a solid hitting approach, as he’s been willing to go up the middle and hit the ball to the opposite field rather than rolling everything to second base.

Joe Maddon has said it’s the best he’s ever seen Heyward hit, and it’s exactly what the Cubs need if they’re to be competitive in this NL Central dogfight. 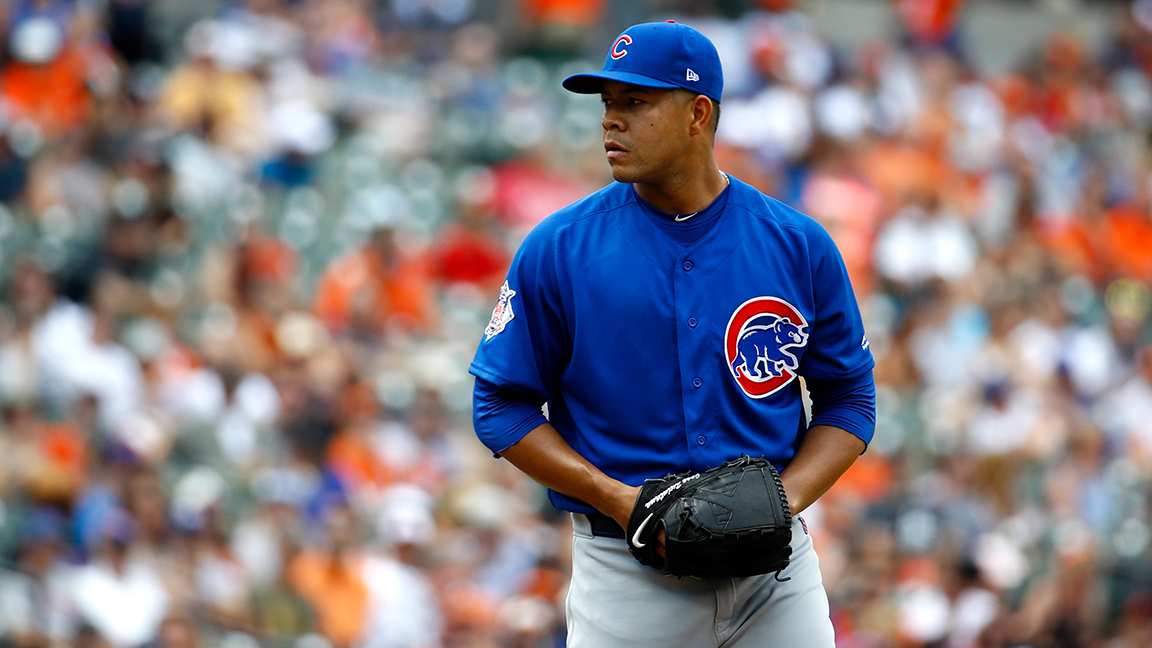 Enough about hitters, though – Quintana has been one of the best pitchers in all of MLB thus far in 2019, looking every bit like the guy the Cubs thought they were getting when they traded away Eloy Jimenez.

After a too-brief showing against the Rangers and a disastrous start in Milwaukee, Q decided he’d had just about enough of giving up walks, giving up home runs, and letting teams make contact or score in general.

And after walking three batters apiece in his first two starts, he’s walked just one since then – along with 18 strikeouts over the last 14 innings he’s pitched.

Many of Q’s numbers are the best they’ve ever been since he joined the Cubs, and with Jon Lester briefly hurt and Hendricks off to a slow start, he looks every bit like a reliable stopper. 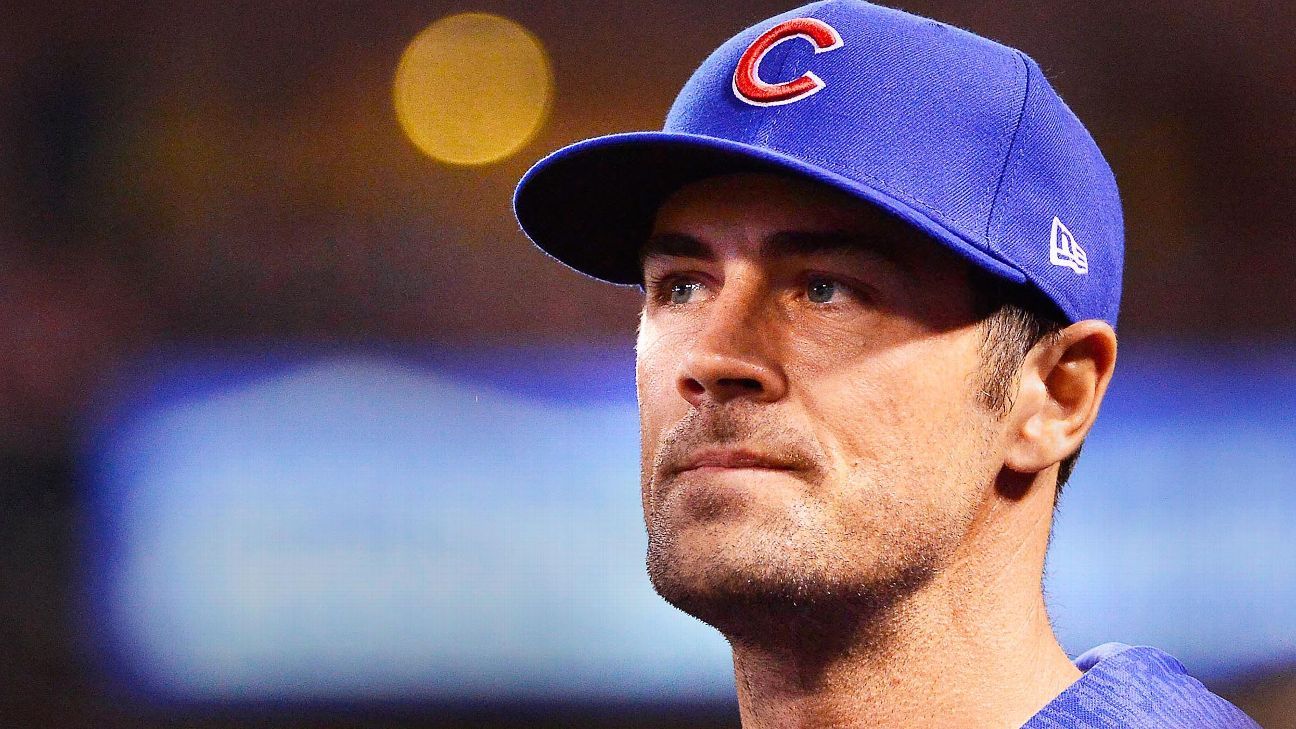 I got one last guy to talk about, and that’s the incredible, durable, ageless Cole Hamels.

Last season, Hamels dominated for the Cubs down the stretch, stabilizing a starting rotation that couldn’t seem to get anything going and racking up more bWAR with the Cubs in 12 starts (2.5) than he had in 20 starts with the Texas Rangers (1.2).

But he’s old! At 35, it seemed risky to bet $20 million on Hamels to come anywhere near his 2019 success, especially after how bad he’d been with the Rangers. And in his return to Arlington, he got roughed up, cruising until the fifth inning, when he gave up a booming grand slam.

Like Q, though, that was the start of a string of success. Hamels, too, decided he was just about fucking done walking people, and after walking three batters in Texas he hasn’t issued a single free pass across his last 21.0 IP.

He’s gone deep into games, putting together three straight quality starts including a masterful eight innings of one-run ball against the Angels – and seven innings of three-hit, shutout baseball against the lowly Marlins on Wednesday, lowering his ERA to 2.77 on the back of a stellar 57.5 percent ground ball rate.

While it looked like Hendricks and Lester would be the foundation the Cubs rotation could build off of, it’s been these two surprising southpaws – Quintana and Hamels – who’ve stolen the show and saved the beleaguered Cubs bullpen valuable innings.

Not all of these starts will last. It’s hard to defy the aging curve (Hamels), we’ve seen Q struggle plenty already, Javy can be streaky at times, Contreras could fade down the stretch, and Jason Heyward could go back to his old Cubs self.

But it’s unlikely that Bryant, Rizzo, Hendricks, and other struggling Cubs will stay that way for long. And that’s the key to a championship team – you need superstars, yes, but you also need the depth to cover for them when they can’t get things going.

And who knows – if the Cubs’ mainstays put things together and these other Cubs stay hot, and the Cubs truly get #EverybodyIn, this could be the best team in the National League. It could be just a matter of time.