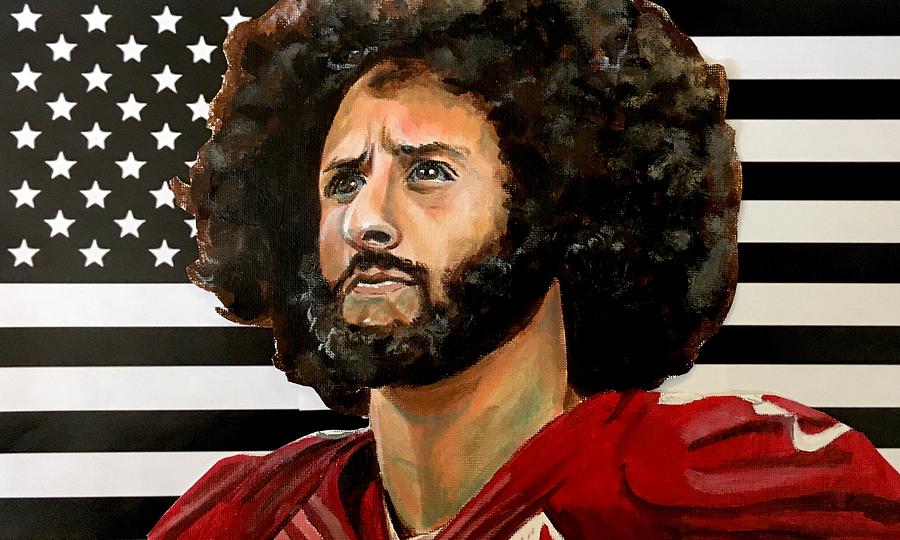 Aside from being blown out of proportion and once again distracting the American people from issues of critical importance, the great NFL national anthem kneeling controversy does represent a war on American culture and our nation’s founding principles. Those who have plunged identity politics, groupthink, and political correctness into the mainstream—understand the necessity of infiltrating and corrupting American and western cultural institutions, because the dominant voices of pop culture drive the political process.

Before you get all riled up about this minor controversy, let’s remember the big problems: A $22 trillion national debt, an $800 billion annual trade deficit, and over 40 million Americans on food stamps.

Now back to the outrage at hand. Sports stars, who are idolized and revered by millions, as well as celebrities in general, have tremendous capacity to guide a culture. Shining stars of mass influence kneeling for a country’s national anthem is perhaps the best mechanism by which to erode the public’s patriotism and pride. From certain perspectives, it is a grand stunt.

Some would argue that an NFL sideline isn’t the correct place to protest oppression or police brutality. The message is lost at this venue. People pay money to be entertained at NFL stadiums, not preached to. Although a banal platitude to many, the following is true: During our national anthem, we rise and place our hand on our heart to remember the fallen—those who made the ultimate sacrifice on many battlefields like Saratoga, Gettysburg, Omaha Beach, and Iwo Jima—whose deaths actually provided these professional athletes with the freedom to disrespect the flag, the nation, and the veterans. This isn’t up for debate: people feel disrespected. The fact that NFL players have freedom of expression as a God-given right guaranteed by the First Amendment to the U.S. Constitution, which does protect kneeling for the national anthem, demonstrates that the United States of America is the greatest nation on earth despite what they say to the contrary.

Overall, kneeling for the national anthem is merely a foolish publicity stunt anyway, and the attention it has garnered from the media and President Trump has only provided them with the limelight they desire.

The NFL kneeling controversy is illustrative of an institutionalized war on the American way and its status as a sovereign nation, but, at this point, this contentious issue should be laid to rest. When NFL players no longer receive ample press coverage in response to their moronic publicity stunts, they will stop kneeling entirely.