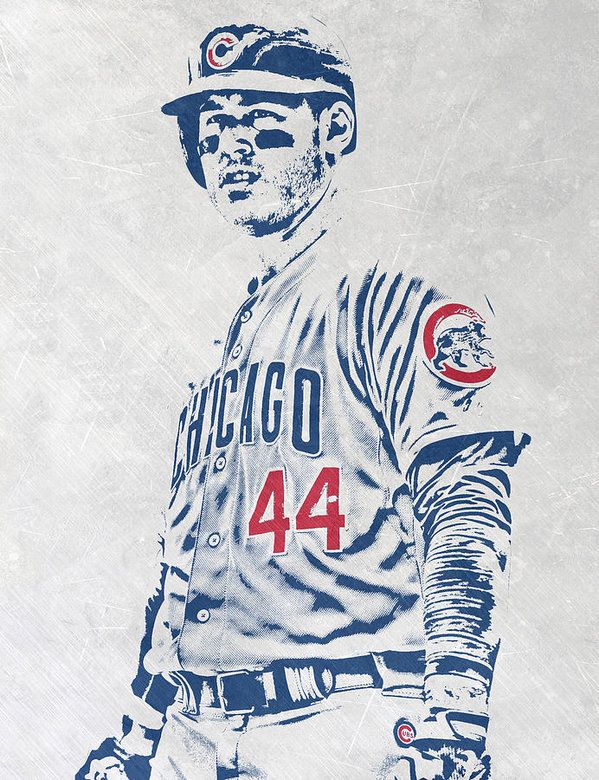 Two weeks into Spring Training, I’m already antsy for meaningful baseball. Certainly, the games in Chicago won’t look like the ones down in Arizona – the chilly air will suppress offense, the wind will probably be blowing in, and there will almost certainly be rainouts because it’s Chicago in early April.

But I digress: Even if things won’t look exactly the same, I’m calling two weeks enough time to start looking at some early stats and results – and most importantly, to see which Cubs are dominating and what that means for the franchise.

So if you’re wondering what’s happening and who’s making moves in Mesa, read on for some quick highlights.

Schwarber is on a mission: Get on base, go with pitches, and maybe get called out on strikes a little less often. His slash line is impressive enough, as he’s hitting .438/.640/.688 in 25 plate appearances with four doubles (though he has yet to homer). Wilder than that, though, is that this man has walked nine times with only four strikeouts.

Schwarber has walked a lot in his career, but that’s also come with a 29.0 K%. While I wouldn’t expect him to maintain a 2:1 ratio of walks to strikeouts, his plate discipline is more impressive than ever, and he could easily reach 2017 Anthony Rizzo levels of walking more than he strikes out.

If Schwarber is on a mission to get on base, Contreras has been on a mission to drive him in. In 19 PA, he has five extra-base hits – three doubles and two home runs. He’s not getting on base at nearly the same clip as Schwarber (his OBP is “only” .476), but his SLG has been a ridiculous .889 and even his outs seem to be coming on absolute rockets.

While both of these guys have been facing around AAAA-quality pitching – that is, between AAA, the highest level of the minors, and MLB quality – neither has to produce these kinds of video-game-tier stats to improve markedly on their 2018 output.

Rounding out the trio of guys I specifically mentioned as integral to the Cubs’ 2019 success is Kris Bryant, who looks 100% healthy and is putting up – well, Bryant-like numbers. In 21 PA, he’s smacked two homers, OPS’d 1.160, and struck out four times against four walks.

I know, his numbers look “low” in comparison to Contreras and Schwarber. The important thing, though, is he doesn’t seem to be suffering from the same power outage as last year – and if all three of these guys are on track for the Cubs, look out.

Let’s move on to the guys you’ve probably never heard of – like Trent Giambrone! (No, not jabroni – Giambrone.) Giambrone hasn’t been in the Cubs organization for long – only since 2016 – and it wasn’t until recently that he started making noise.

Like David Bote before him (you know, that David Bote), he’s a launch angle guy who found his stroke by trying to hit the ball in the air more. He improved in 2018 and got sent to the Arizona Fall League, where he kept up his hard-hitting ways and upped that figure to .890. Against high-minors opponents in Spring Training, he’s been impressive, slashing .321/.367/.643 with a pair of home runs.

So what does he matter? Well, while he doesn’t figure to crack the big-league roster, he’s a multipositional player who can capably fill in all over the diamond – and if Bote can’t resurrect his 2018 success, Giambrone might be called on at some point in 2019, especially if an injury occurs while Addison Russell is serving his suspension.

Of all these guys, Adames is the hardest to figure out. He’s another middle infielder – one who’s bounced all around the minor leagues, mostly in the Rockies organization. Still, despite impressing a few times in AAA, he’s never carried that success over to the MLB, and he’s been worth -0.8 bWAR in his career.

I’d figure the Cubs have too many middle-infield options – Baez, Russell, Bote, Descalso, Zobrist, and Happ – for him to get much of a shot, as unlike Giambrone, he can’t play third as far as I can tell.

So why bring him up? Because this dude is slashing .464/.484/.821 and making Spring Training pitching look like easy mode – only the quality of pitching he’s faced has actually been higher than what Contreras has hit against.

Still, he’s probably just a cup-o-coffee September callup, though his previous MLB experience might mean something – to the Cubs or another team looking for middle infield help.

I’m gonna have a lot less to say about pitchers here because the sample is so tiny – but one noteworthy name here has to be Tyler Chatwood.

After pitching his way out of the rotation last year thanks to his unreal 8.2 BB9 (walking nearly a batter per inning), he came into 2019 with more to prove than anyone. He seems to be doing just that, though: In 8.0 IP, he owns a 2.25 ERA with five strikeouts and – most importantly – only one walk.

There’s basically no chance Chatwood cracks a Cubs rotation that already has Lester, Hendricks, Quintana, Darvish, and Hamels, but having a capable relief option who can give you multiple innings is a wonderful luxury – and the Cubs have at least two of those guys between him and Montgomery, not to mention Alec Mills waiting in the wings.