Dining out at the Hot Stove: What are the Cubs’ options? 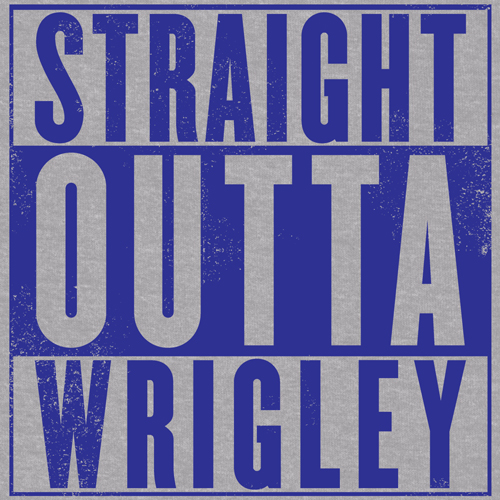 The Cubs made huge splashes during last year’s offseason, picking up Tyler Chatwood, Brandon Morrow, and Yu Darvish heading into a season that saw them trying for their third consecutive division title – and a lot more.

What they got was injuries (to the latter two), a case of yips-like wildness (with Chatwood), and an early Wild-Card exit after their offense disappeared down the (grueling) stretch.

With the Winter Meetings coming up next month, the Cubs are like a couple trying to decide where to eat after the fine dining they’ve splurged on inevitably pushes the team’s salary over the Competitive Balance Tax threshold. (stretch? let’s roll with it.)

It’s hard to tell what the Cubs can – and will – do, but everybody’s getting upset and decisions need to be made.

So below, I’ll give you some of their culinary needs and options, from the most budget-friendly holes in the wall, to the high-end Michelin-starred darlings.

Now, the Cubs are pretty hungry, having had their division reign usurped last year by the Brewers and getting ousted by an inferior Rockies team. But they’ll probably dine at multiple places, and I can tell you right now that this is where they’ll keep coming back.

In years past, the Cubs have gone after glove-first backup catchers both to spell and to be a mentor to Willson Contreras. It’s no secret that the young catcher struggles with pitch framing (he’s dead last in framing runs), and that’s the sort of thing that an older, wiser David Ross-type could help with more than Victor Caratini will.

Thankfully, geriatric catchers come cheap – and while they cost a roster spot, sometimes they surprise you.

Chris Gimenez and Bobby Wilson were the Cubs’ attempts at filling this need last season, and while the former got traded and the latter never saw any action, they were each signed for the league minimum salary of $545,000.

Meanwhile, the Cubs always seem to take flyers on potentially valuable arms, building their bullpen out of spare parts rather than superstars. They’ll probably hand out some Spring Training invites and minor league contracts to guys like Kyle Ryan, who spent all year pitching decently in AAA and is now a free agent once more.

These are the cheap appetizers. The fast food. (need more metaphors?)

But the Cubs will start and finish here, and they’ll keep coming back to this place. Because it’s cheap, and you never know what you might find.

There is a slightly more expensive hole in the Cubs roster that they might not try to fill from the scrap heap.

See, while (generally) solid options like Strop, Edwards, Cishek, and Morrow remain with the team, those are all right-handers. And unless you want to hand the ball to Mr. 7.64 ERA (Brian Duensing) or trust Randy Rosario not to walk everyone, they need someone to get left-handed batters out consistently.

They can’t afford a Zach Britton or an Andrew Miller, but there’s probably some in-between option here that won’t break the bank more than they’ve already broken it.

Oh, and they should keep Jesse Chavez, because he only got better. Have I mentioned his sunglasses? They’re pretty cool.

Well this is a weird option to put a pricetag on, you might say. And to that I’d respond, “Shut up, there’s more to baseball pricetags than just money.” And also, “It’s just a metaphor, don’t think too hard about it.” And finally, “How’d you get in my apartment?”

The Cubs could keep to the low-budget options outlined above and, honestly, they’d probably be fine. They’d still be favorites for the division barring some really huge moves by the Brewers or Cardinals (somehow I doubt the Brewers want Manny Machado, but baseball is weird).

But if they want to make waves – again – they’d have to find a way to shed salary. And while it would save money, it’d cost talent, because there’s no way anyone’s taking on Heyward’s or Chatwood’s contract without an added piece – a Happ, a Caratini – to sweeten the deal.

After picking up Hamels’ $20 million option, this route looks even tougher than it already was, even if they did get Drew Smyly’s $7 million off the books in the process. It’s a lot like, I dunno, pawning your quality speakers to afford the nice sushi place.

But there’s always a middle, and it’s not impossible that the Cubs will try getting out from a few million even if they don’t want the high-end fare that’s below.

This is a multi-course meal at a fancy restaurant. This is a Michelin four-star establishment.

This is Bryce Harper or Manny Machado.

This is maybe Whit Merrifield if you think he’s worth the kind of blockbuster deal it would take to pry him away from the Royals, which would take names like Kyle Schwarber and Ian Happ and Adbert Alzolay to even get the conversation started.

Springing for Harper or Machado requires the salary Jenga given in the above option as a prerequisite – plus the $30-35+ million AAV it’d take to win the bidding war.

You want to dine at the fancy French restaurant? It’ll cost you, especially if you’ve been there a few weeks in a row.

Predicting baseball is a stupid, stupid thing that no one should ever attempt. So this is the only place I’ll make much of a prediction: The Cubs will not do this. The Cubs should not do this. This is a pipe dream.

The front office got burned on making waves last year, but they also know this team dealt with an unprecedented spate of injuries, won 95 games anyway, and will get those injured pieces back next year.

Might they do something more in the Daniel Murphy range, re-signing a man who can’t field to save his life?

It wouldn’t take $300 million, and Addison Russell’s future with the team is questionable, so maybe.

Will they shed tens of millions to enter the Harper/Machado sweepstakes, or trade Kris Bryant for whatever they can get their hands on? No. (And that’s one of the most misleading headlines I’ve ever seen ESPN come up with, FAKE NEWSSSSSS)

Yet the Cubs, even with their big appetite, have options. This offseason, they might have to stay in – but sometimes gorging yourself on the leftover takeout you have at home is the best date night you can get.