Don’t Panic: Strop’s season-ending injury is bad, but the Cubs have options 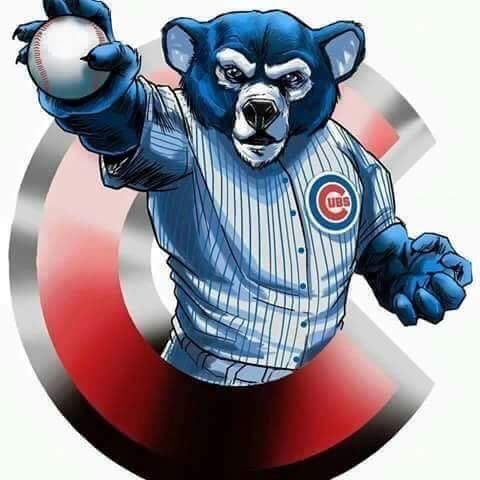 Thursday afternoon’s win against the Nationals was a game that should never have existed – at least not on Sept. 13.

But while the Cubs gutted out a crucial 10-inning W and netted themselves a 1.5-game “cushion,” all thoughts after the final pitch turned to Pedro Strop, who seemingly pulled a hamstring running out a grounder after the Cubs took the lead.

Eventually, the word came back from an MRI: Strop is done for the rest of the regular season, and he’s questionable for October. With Strop already filling in as a backup closer, who’s the next in line? As it turns out, it could be one of several relievers.

Steve Cishek – if he can find it again

Throughout 2018, Cishek’s number has been called more than anyone else’s, and he generally responded to the call every time out. He’s made 72 appearances to the point, and at one point he led the team in WAR – not easy to do as a reliever unless your team’s rotation is trashed (it was).

Cishek makes a lot of sense for those reasons, and he’s also got closing experience, with 124 saves in his career, most of them with the Marlins from 2012-14. But he’ll have to find whatever he had early in the year for him to be a solid closing option – over his past eight appearances, 4.2 IP, he’s given up 5 runs, along with 5 hits and 3 walks. Hopefully he just needed some rest, though, as a solid Cishek would be more than enough to get the Cubs to the end of the regular season.

We all remember Wilson’s struggles last season, but the 2018 version of Justin Wilson seems to have gotten his act together. He owns a 2.92 ERA and strikes out 11.5 batters per 9 innings, though his walk rate (5.7 BB/9) is concerning. Still, he too has a bit of closing experience, but with only 14 career saves, it doesn’t measure up to Cishek’s.

He’s turned himself around and has been particularly good since the start of August, with only 2 ER allowed up to this point since then.

Give Jesse Chavez his due

Before he joined the Cubs, Chavez would have had no business being in the closer conversation for any team, as he hovered around replacement level for much of his career.

Since his acquisition, though? He’s been among the most solid options the Cubs have, and his stellar 1.45 ERA is backed up by a strong FIP of 2.60.

He’s struck out more batters since coming to Chicago and walked fewer (he didn’t walk very many to begin with), giving him a miniscule WHIP of just 0.871. Why does that matter? Well, WHIP is walks and hits per inning pitched – which means Chavez flat-out refuses to allow baserunners. You know what you don’t want to give up when you’re entering the game in the ninth inning with a one-run lead? Baserunners. His biggest knock, of course, is that he has next to no closing experience – but he’s already closed games with the Cubs, and I’ve mentioned it before but come on, who doesn’t want a closer who wears sunglasses at all times? He’s stepped up every time he’s been called on. Could he step up even more for another two weeks?

Wait ‘til the Morrow

There’s another option here, one that’s unconventional but not unreasonable: Wait for Brandon Morrow to come back, and close “by committee” until then.

The Cubs don’t necessarily need to pick a single reliever to use in the ninth inning. Usually you have a closer at the start of the season, but you only name a backup if that closer goes down for a long time – hence Strop being given that role. However, Morrow is nearing a return from his injury, and while the Cubs stated they wouldn’t push him back into the closing role, that was then – and this is now, a time where the Cubs have a bullpen minus Pedro Strop.

While the Cubs have gotten saves from four different relievers across their last four wins prior to Saturday (Jorge De La Rosa, Randy Rosario, Strop, and Chavez), that isn’t necessarily the worst thing – especially if you’ve got another option waiting in the wings.

The bottom line here, then, is this: Losing Strop hurts, and it hurts bad. The Cubs bullpen has been running on fumes in this absurd, should-never-have-existed 30-day stretch of games with no off-day.

But the theme of the 2018 Cubs seems to be one of other guys stepping into roles they might not otherwise have – and continuing to win. Whether that’s one of these guys or several of them, the Cubs will figure it out.