Five(ish) pivotal players for the Cubs in 2019 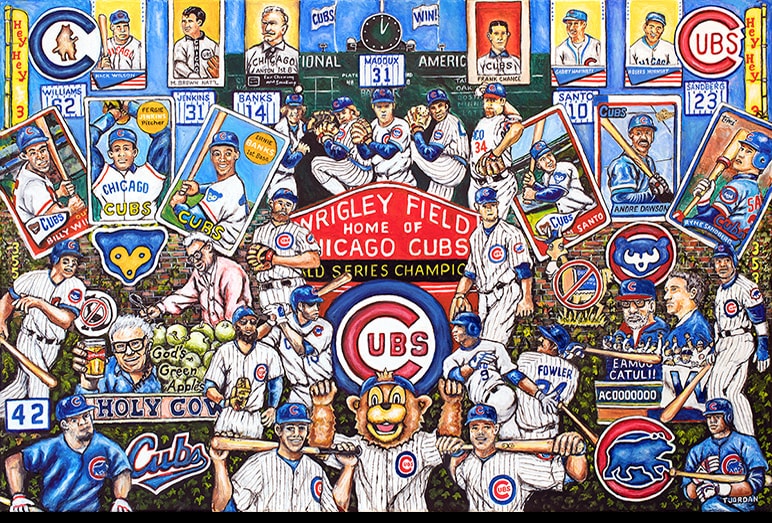 Welp, Bryce Harper signed with the Phillies. And with Spring Training starting up last week, it seems like there’s not much intrigue when it comes to the Chicago Cubs. Aside from minor bench and bullpen roles (which I’ll talk about in the coming weeks), very little is up for grabs on the team’s roster, with no real “position battles” to speak of barring (knocks on every wood surface) an injury. But we are a Chicago sports blog…so we write about Chicago sports goddamnit!

Some of the sure-thing starters are more unpredictable than others, and the Cubs’ 2018 season was marred by underperformance. While the Cubs won 95 games, that can’t help but feel disappointing when it doesn’t win you the division – indeed, as I wrote last week, the Cubs are hungrier than ever this spring after last year’s disappointment.

Some of the key underperformances last year had to do with injuries, others were young players taking steps back, and still more were simply unexplainable. But it’s these players – the ones looking for a bounceback or just to stay healthy and productive – who will play the biggest role in putting this team back on top or keeping them out of the playoffs altogether in 2019.

Let’s start with the obvious: When your former MVP winner misses a substantial portion of the season (and can’t hit for power when he does play), your team will be the worse for it.

KB’s shoulder injury led to career-worst numbers across the board from the superstar third baseman, as he hit just 13 home runs. He slashed a respectable .272/.374/.460, but while those numbers align with a very capable player to stick in the starting lineup with plenty of on-base skills, Bryant is capable of much more.

Bryant responded to the haters and doubters early in Spring Training, both literally and symbolically, but he’ll need to carry over his health and power into the season if the Cubs are to be successful.

Darvish is the $126 million dollar man we feel like we barely know – because after just eight mediocre-to-decent starts, he was sidelined with a elbow injury and never threw in another game for the Cubs.

The Cubs’ rotation is fairly deep, but it looks a lot shakier if Darvish can’t put up anywhere near the numbers the Cubs thought they’d be getting from him (he’s put up about 4.0 fWAR in every season that he’s been healthy).

What’s more, the front end of the rotation – and aces in particular – become even more important when the postseason rolls around and teams are only facing the top 3-4 guys out of any given rotation.

If Darvish is as healthy and dominant as the Cubs expect him to be, that’s a boon to their hopes of making a deep playoff run. But if he’s ineffective or hurt (again), the dropoff in quality from him to the next man up will be a huge drag on the team’s chances.

But in 2018, Contreras struggled mightily, pairing a meager offensive performance (managing just a league-average 100 wRC+) with atrocious numbers behind the plate in terms of pitch framing.

Just a couple seasons ago, it looked like Contreras was among the best catchers in the game today. That’s an incredibly valuable asset to have, especially because offense is at a premium from that spot on the diamond. If Contreras can perform at anywhere near the level he did in 2016 and 2017, the Cubs will be in good shape.

Schwarber surprised everyone in the spring of last season when he showed up after (apparently) spending the entire winter attending Weight Watchers meetings.

His new, svelte form seemed to be a great benefit in the field. Despite constant questions about his ability to play defense in left field, he was actually one of the best defenders in the game at his position in 2018, primarily thanks to his arm.

Missing from his 2018 resume, though, was any semblance of the baseball-crushing slugger we’d gotten to know over the years. While his numbers on offense weren’t bad, they still had yet to show the real world-beating breakout we’ve been waiting for.

It’s hard to say what might have led to this, but Schwarber seems to be a clear case of a guy who’s managed to do a lot of things well, but not necessarily at the same time. If he puts it all together, though — playing at least passable-to-good defense in left, remaining an OBP machine, and smacking dingers – he’ll easily be an All-Star and make the Cubs lineup a true offensive powerhouse.

The Cubs’ starting rotation is deep. Kyle Hendricks is rock-solid, Jose Quintana is a good middle-of-the-rotation piece, and Yu Darvish has a lot he can bring to the table. That’s all without mentioning capable fill-ins and bounceback candidates like Mike Montgomery, Tyler Chatwood, and Alex Mills.

But the hangup – besides Darvish – is that the Cubs expect 40 percent of their starts to be made by guys with a hell of a lot of miles on their left arms: Jon Lester and Cole Hamels.

While Lester has been with the Cubs for several seasons now, and Hamels was only added in the second half last year, there are a lot of parallels between the two. They’re both veterans. They both have tons of playoff experience. They’ve both been dominant at times, each having been in Cy Young conversations in years past.

And they’re both old as shit, with the thousands of innings they’ve pitched between them adding up and leading to some truly miserable stretches in 2018. Hamels was traded from the Rangers for a reason. And Lester, while his overall numbers looked good, wasn’t missing bats as much as he normally has, along with showing a dip in velocity.

All of this is inevitable with age, as both pitchers are on the wrong side of 30. Both have had the guile to make adjustments and change their approaches to accommodate the physical deterioration of pitching for years — but you can’t fight the age curve forever.

If Lester and Hamels can keep putting up solid numbers and taking the ball every fifth day, the Cubs actually have a pretty formidable rotation from top to bottom. But if they’ve run out of adjustments to make, the Cubs don’t have many other great options – the aforementioned fill-ins can adequately handle spot starts, but wouldn’t be someone to trust for an entire season.

So while all of these players’ performances will have a massive impact on the success of the 2019 Cubs, it might be a couple of old guys who are most integral to this team competing for another World Series title.