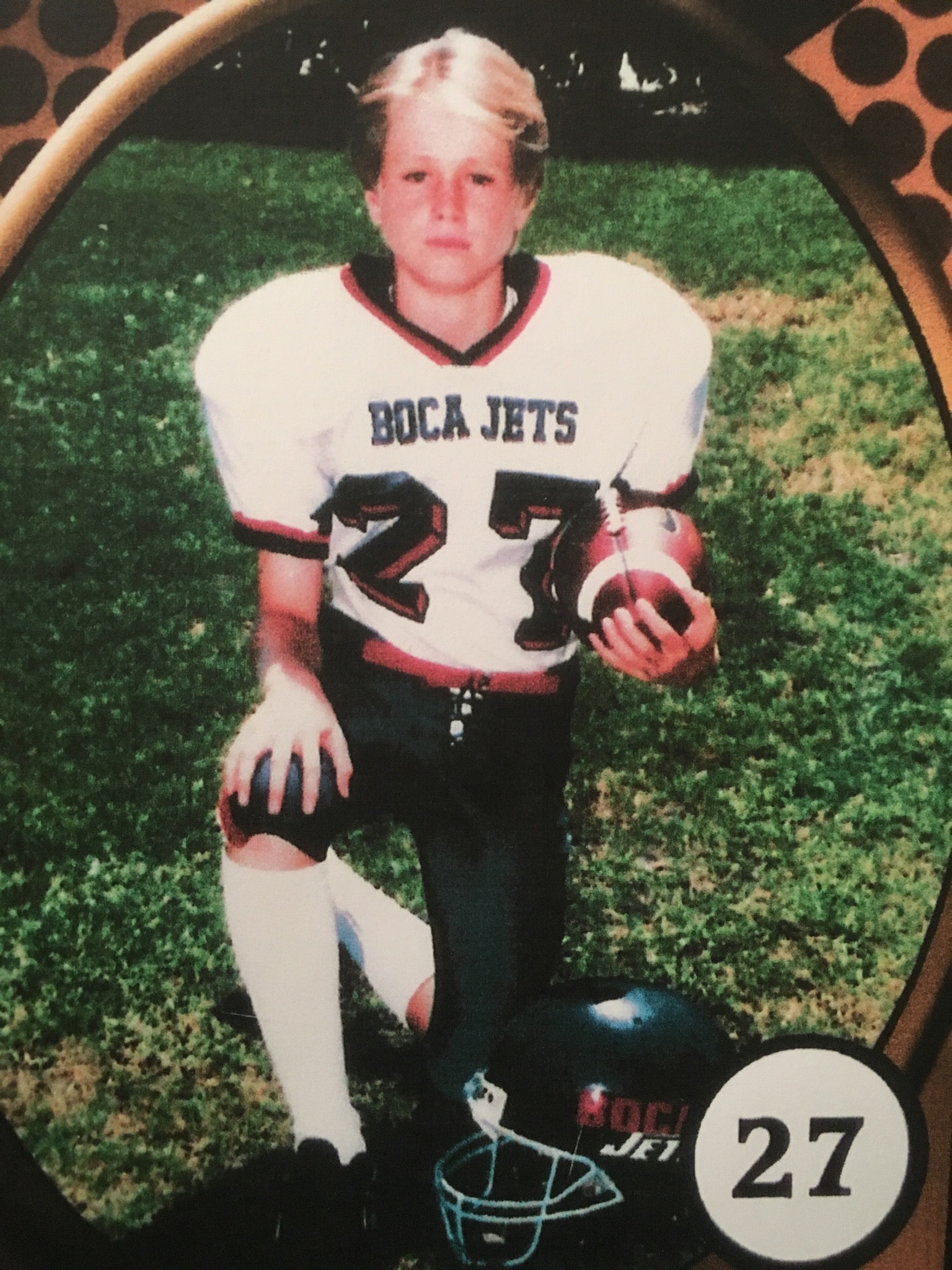 (Part One of a Three Part Series)

My dad never watched football. Neither did my older brother. They were interested in different subject matter.

My dad loved music, dancing, reading and movies. He would stress that I read a book whenever I could. He would tell me how Thomas Jefferson once said “Knowledge is power, Knowledge is safety, and Knowledge is happiness.”

My older brother, Justin, took his advice. He read constantly. He is the smartest person I know.

That being said, I like to hang out with degenerates so don’t get a big head bro.

He was always interested in achieving more, studying anything and everything in his spare time. When he wasn’t studying, he was making people laugh. Any dull room could be brought to life by his humor.

They both liked tennis. It was a “gentleman’s sport”, as my dad would say. There wasn’t a major championship we didn’t watch. Even when we went on vacation in Aspen, we would make sure to cut our hikes short to watch Wimbledon. Relaxing at the local pub on the base of Buttermilk, we watched as Pete Sampras successfully defended his title, defeating Goran Ivaniševic. It was 1998. I still remember it, clear as day.

This was my life, I thought. Hiking, biking and playing tennis all summer. My mind was clear. On one of the last days of our vacation we had a picnic at Wagner Park. I knew summer was coming to an end and the only plan I had was figuring out ways to impress Karen Sullivan, my third grade crush. At that point in time, I had no idea what was coming. I had no idea how my life would change.

At that point in time, I didn’t know my oldest brother. I mean, I did…but like the way you think you know a famous person – from stories or perceived notions. In actuality, they could be a dick and you wouldn’t even know it. Luckily, Jamie was not a dick.

He was 16 years older than me though.

You may ask yourself, “How did such an age discrepancy come to be?” Was I a mistake? Some mishap due to laziness or forgetfulness? Probably. But now is neither the time nor the place to discuss that.

Truth be told, my brother Jamie and I had nothing in common at the time. I was 8, he was 24. I wasn’t relating to him on any level. Who was this man, I thought, and why is he here?

One thing I do remember is Jamie checking his watch at the dinner table. Every few moments or so, a glance. Finally, he got up from the table and promptly moved to the living room. Within seconds, the television was on and the pre-memorized channel was being typed in. Two men appeared on the screen. One named John Madden and the other Pat Summerall. These names meant nothing to me. From my perspective – they were two scary looking old men.

I said nothing to my brother at the beginning. I just sat at a comfortable distance. As the game began, I knew one thing – I really liked the purple teams uniforms. They were the type of uniforms that said “Fuck your opinions, we rock purple and have a horn on our damn helmet, deal with it”

The Minnesota Vikings were playing the Dallas Cowboys. At the beginning, the game didn’t impress me much. They were only gaining a few yards at a time and I still didn’t know what football was. Then, on the fourth play of the game, the Vikings ran a play that would change my life.

Randall Cunningham, the QB for the Vikings, handed the ball off to the RB who then stopped suddenly and tossed the ball back to Cunningham. I had no idea what was happening. As the ball was launched 50 yards through the air, I stared in amazement. Down the field, wide open, was a rookie named Randy Moss who had easily cruised by his defender. He caught the ball and pranced into the end zone.

Jamie then turned to me and said, “Let me tell you the reason why that play worked…”

It was that simple. With one play, football became our common ground. It didn’t matter that I was a kid and he was a grown man. We were talking like brothers. That’s what was special for me. That’s when I fell in love with football.

Shortly after that day, I decided I wanted to play football. My dad, who was always supportive, made it his personal mission to make my dream come true. Even though he knew nothing of the game, he immediately bought a football and asked what position I would like to play. When I told him I wanted to be like Randy Moss, he said “We have a lot of work to do.”

My dad told me he wasn’t going to sign me up for our local pop warner team, the Boca Jets, until I was good enough. He never believed in participation trophies and wanted me to prove my dedication through hard work. At that moment, I didn’t even deserve to try out in his mind.

We started simply. I would run routes down our street and he would be the QB. To his credit, he was a great QB. Really, looking back on it now, he was a natural. He was dropping dimes on 40 yard corner routes. Meanwhile, I was just dropping the ball. My dream of being an NFL wide receiver looked bleak.

My dad wouldn’t even sugarcoat it. When people would ask how our practices were going – he’d simply say, “Him? He’s more of a human target than a wide receiver!” Nonetheless, there we were – every night after school – throwing the football. Eventually I got better. I was catching the ball at around a 50% rate. Meanwhile, my dad had developed a new habit of making laser beam sound effects every time he threw the ball. I think he was starting to realize how good he was at throwing and just wanted to add a little pizzazz to his arsenal.

Once I realized how to catch the ball with my hands and not my chest, I became a much better receiver. For the next six months I practiced every route I could with my dad. After over 180 straight days of practice, I was ready to try out for the local team.

On the first day of tryouts I went immediately to the WR group. I was almost surprised when the QB wasn’t making sound effects when he threw me the ball. No laser beam noises? What kind of a QB was this?!?! My hands weren’t surprised though. That day, I didn’t drop a pass. When I looked over at the sideline, I saw my dad behind the crowd of coaches and potential players – smiling.