Have The Bears Found A New Winning Piece in Anthony Miller? 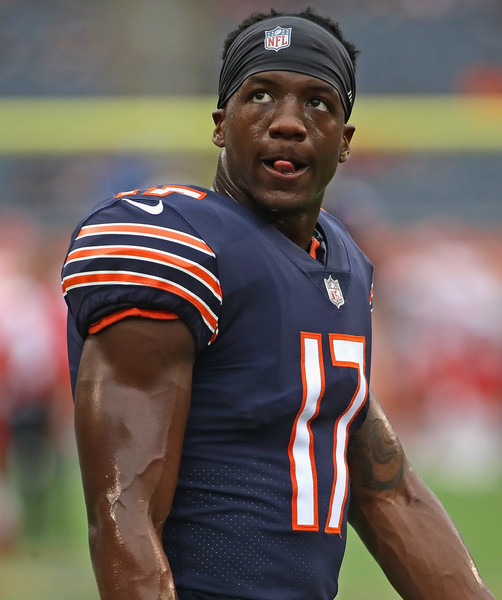 The whole world was shocked this past summer during Avengers: Infinity War, when the villain, Thanos, wiped out half of all life in the universe with a single snap (did I spoil it for you? As Jay Cutler once said DON’T CARE!). Whereas the Marvel characters only saw half of their ranks turn to dust, Bears fans sat and watch as practically every single wide receiver on their roster vanished into thin air before the start of the 2017 NFL season.

The most painful of these losses came in the form of Cameron Meredith. The undrafted quarterback turned wide receiver was the lone stand out of the 2016 season. He hauled in 68 percent of his targets for four touchdowns, and, one can’t forget, those balls were being thrown by the likes of Brian Hoyer and Matt Barkley (remember him?). He looked to be headed firmly to that number one WR spot before suffering a serious knee injury and torn ACL.

Come the next year, the Bears let him walk. His previous injury leaving too many question marks to justify matching the offers made by other teams.

The Bears went into 2017 with a lot of questions; would Eddie Jackson bounce back from the brutal leg injury he suffered his last year at Alabama? Would any wide receivers step up to fill in the injured starters? Was the addition of Mitch Trubisky worth trading up? For the most part, only Eddie Jackson’s break out season would provide a positive answer. No receivers truly stepped up, and without wide receivers to throw to, it was almost impossible to truly gauge Trubisky’s talent’s.

Chicago has gone all out in order to give Trubisky a supporting cast worthy of the number two pick. Allen Robinson, after positive signs from his rehabilitation, was given a salary ($42 million over three years) indicative of his role as the new centerpiece of the Bears passing attack.

The Bears also traded up in the second round for a player no one would have thought twice of at the beginning of the 2017 college football season, Anthony Miller. Miller, a receiver who cultivated his game at the University of Memphis, was not one to have his mailbox full of offers after high school. He was typically told that he was too short, or too slow to play the game at the collegiate level. Instead, the Memphis native walked on at the school that had only a string of embarrassing football seasons and past basketball glory to its name. Over time, Miller cultivated his game. It was readily apparent as the years went on that, while Miller wasn’t the most physically gifted player on the field, but he was damn sure the smartest, able to shake off secondaries like a dog fresh out of a lake.

As his football IQ went up, his skills began to match. His feet got quicker, and his hands began making circus catches you’d expect from a premier NFL prospect. Pretty soon, the school that once hung its hat on three win seasons became a boogeyman for SEC powerhouse Ole Miss and playoff hopeful UCLA. He ended his final year in Memphis with 1,434 yards and 14 touchdowns on 95 receptions.

However, come time for the draft, many once again began looking over him due to his stature. The Bears saw a deal when they had one – they were able to trade up for him in that second round, and now, the Memphis native is in his new home of Chicago ready to become an important piece in one of the biggest offensive overhauls you’ll see in the 2018 season.

It makes sense after all. Miller, Memphis, and Chicago, they’ve spent years being looked down upon by those around them. They’ve been told that they aren’t good enough. Now, they’re ready to break out, and all the naysayers are going to have one job, to shut up, and try to keep up.