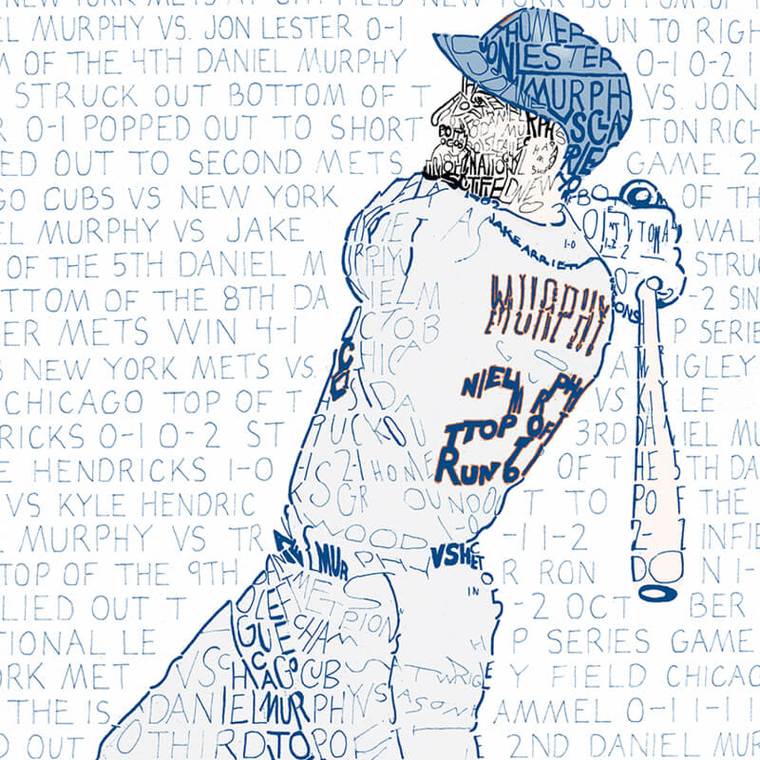 If you had to blink a few times while you processed the fact that Cub-killer and 2015 one-man playoff wrecking crew Daniel Murphy had joined the Cubs, I wouldn’t blame you for a second.

As soon as I saw the news, I got flashbacks of the man repeatedly drilling baseballs into the right field stands against Cubs pitching, firmly squashing that surprising Wild Card team’s World Series dreams. And while it’s true that most of the 2018 Cubs have something Murphy doesn’t have, it’s not easy to be forgiving so quickly.

But then the initial surprise fades as a haunting memory takes on a whole new light: Daniel Murphy, Cub killer, has demolished baseballs at Wrigley Field. What if he keeps doing that while playing half of his remaining 2018 games at the friendly confines?Is this a fool’s hope, or is there something to Daniel Murphy’s Wrigley hot streak?

How hot is he?

Daniel Murphy was a career .413 hitter at Wrigley Field prior to joining the Cubs.

Yeah, batting average is a bad, old and silly stat, but when a dude’s hitting .400 it’s still worth noting. Overall, Murphy’s career .804 OPS pales in comparison to his 1.142 mark at Wrigley.

He played 28 games at Wrigley before this weekend and hit 7 home runs – through Saturday – That’s 9 homers in 31 games (with two against the Reds). It’s hard to draw any concrete comparisons, but if we consider his 210 wRC+ at Wrigley for a second, Murphy is hitting 110% better than the hypothetical “league average” hitter (which would be a wRC+ of 100).

A potential counterargument to the Wrigley Field effect is that it could just be Murphy beating up on Cubs pitching. And while he certainly hit homers everywhere in the 2015 playoffs, his career numbers in New York and Washington against Cubs pitchers show that this doesn’t work as an explanation.

While he was busy putting up those crazy numbers at Wrigley, he slashed just .235/.291/.402 against the Cubs at Citi Field and Nationals Park in the same span. The resulting 86 wRC+, though not atrocious, is still worse than league average.

So that’s it, then, right? Case closed?

Pumping the brakes just a little

Maybe not. Murphy’s results at Wrigley have been ridiculous, and he’s certainly lived up to those numbers so far – but that doesn’t mean we’re out of the woods in terms of saying he really hits better at Wrigley.

One reason to pump the brakes? Murphy’s enjoying a .419 batting average on balls in play (BABIP) at Wrigley Field, almost 100 points higher than his career mark of .321.

Among statheads, it’s still unclear how much control players have over their BABIP. League average for this settles around .300 or so, but hitters who get more line drives and hard contact (yes, you’ll see Murphy pop up in this article) tend to be above average.

So is Murphy making better contact at Wrigley to match his BABIP?

Well… no. All of his contact numbers are pretty similar to his career marks, except he’s made slightly less soft contact at Wrigley (10.8% vs. 15.7% of batted balls), and that alone can’t explain his hot hitting.

As it turns out, then, Murphy might be living something of a charmed life in the friendly confines. His BABIP is inflated while the quality of contact he makes there hasn’t really been out of the ordinary. But while regression usually shows up for this kind of thing at some point, maybe there really is something magical going on.

Either way, I’m happy to watch the guy’s contact-to-all-fields approach throughout September and (hopefully) into October. Even if he can’t always rake the way he has at Wrigley, he’s a sorely needed spark plug who can hopefully keep this newly awakened Cubs offense rolling.

Just, uhm… don’t make me watch him move laterally. Or generally do things with his glove.

Good luck out there, Murph. Hope you don’t mind being swapped out for a defensive sub late in games.