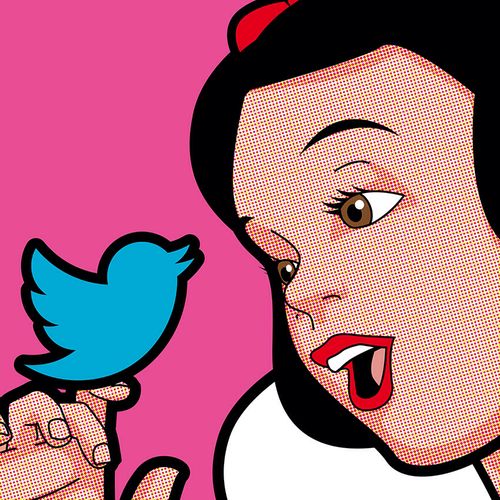 Wow. Just Wow. In case you missed it – It REALLY looks like Bryan Colangelo, president of basketball operations for the 76ers, has been secretly operating five( yes 5!) Twitter accounts. Why? Well… so that he can defend himself, criticize players and publicly debate decisions of his own coaching staff….DUH.

Don’t get me wrong, I probably have 50 twitter followers right now that are actually just three crazy ex girlfriends keeping tabs on me. The difference: THEY AREN’T THE PRESIDENT OF BASKETBALL OPERATIONS FOR AN NBA TEAM!

What is going on in the NBA? Did Bryan Colangelo learn nothing from Kevin Durant’s third person social media tantrums?

Now, I know we should go off the assumption that someone is innocent until proven guilty, but just digest these facts:

1. According to The Ringer – They notified the Sixers about 2 of the 5 accounts. Within hours of the call, all three of the accounts that hadn’t been mentioned switched from public to private. When asked whether the Sixers had notified anyone else in the organization that afternoon, they said only one person: Colangelo.

2. These same accounts unfollowed other accounts with ties to Colangelo, including several of his son’s college basketball teammates, a former coach from his son’s high school, and an account that shares the same name as the agent Warren LeGarie, who has represented Colangelo in the past.

3. Every one of these accounts blatantly defends everything that Bryan Colangelo does – including his fashion and shirt/collar choices.

4. Bryan Colangelo has a striking resemblance to a Vampire Mongoloid. Basically, he looks like he would do something like this.

It would be one thing if it were similar to the Kevin Durant situation. A fragile egotist obsessed with his image creates a few accounts to defend himself. Ehh…it’s weird but I guess it’s accepted in today’s day and age. The disturbing part is that he seems to like trashing his own players and messes with their meal tickets as well.

For instance, Jahlil Okafur was supposed to be traded to the Pelicans. When it didn’t go through – one of the supposed Colangelo aliases, Eric jr, chimed in on Twitter urging members of the Sixers media to ask Okafor about a failed physical. “Ask Jah If he passed other team physical?” Eric jr tweeted at Keith Pompey, a Sixers beat writer for Philly.com. “I bet the farm it’s what’s happened.”

If this turns out to be true, that tweet right there will be the end of Colangelo’s career. You just don’t mess with a man’s paycheck.

It doesn’t stop there.

When Joel Embiid got up and danced at a Meek Mill concert, one of the accounts said “Too bad that Embiid danced like a fool and the whole disaster happened, next time he will think twice before mocking his team,” After that he really let loose with this one: “If I were mngt I would step on a ladder and kick his b#**,” he wrote.

SIDE NOTE: Who bleeps out the word “butt” on Twitter? I mean…really. That’s something my dad would do. If my dad was Bryan Colangelo.

His worst move is one he’s already made. He admits to operating one of the accounts. That’s like cheating on your wife with 5 side chicks and admitting to only one. Like…you just jumped into the fire pit. This guy can’t even lie correctly!

My prediction: Bryan Colangelo will be fired within two weeks and another chapter will be written about dumbasses that should stay off social media.