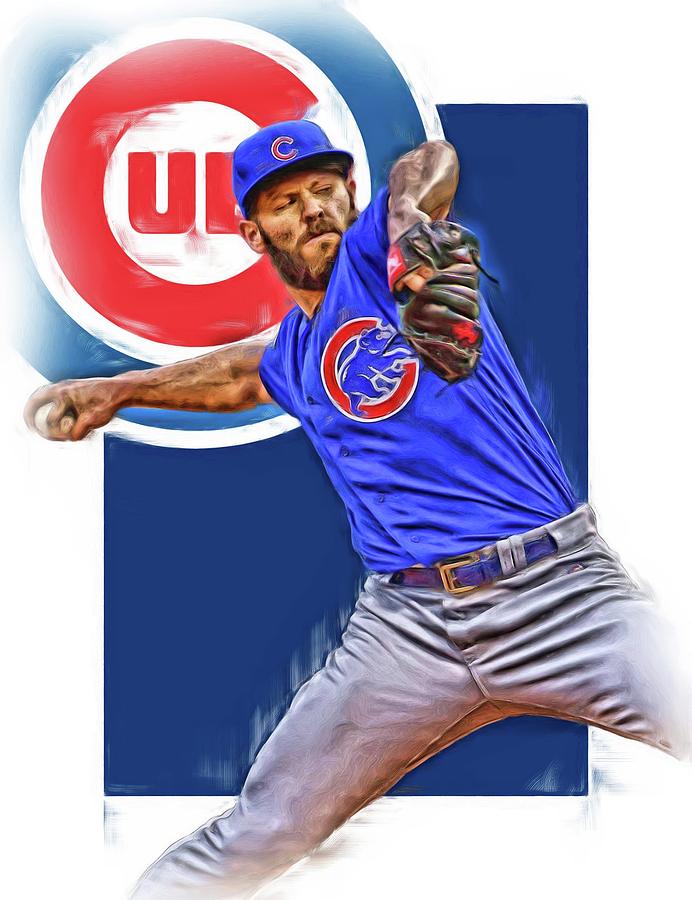 It’s 2013 and Theo just flipped Scott Feldman and Steve Clevenger for some guy name Jake Arrieta (and Pedro Strop for those counting). Blockbuster? Hardly. Little did Cubs fans know this deal would go down as arguably the biggest trade rape in Chicago sports history.

Dominant, Ace, Champion, Legend; words synonymous with Jake Arrieta’s Cub career. Seeing the Cubs part ways with Jake Arrieta this offseason was a tough pill to swallow for many Cubs fans. A fan favorite for the last 4.5 years, Jake Arrieta put together a run that will never be forgotten. As the Cubs face off with The Phillies this week and Jake makes his return to Wrigley, I figured what better time to relive my top 5 memories of Jake as a Cub.

In what would turn out to be one of the most historic 2nd half’s by any pitcher in MLB history Jake earned his MLB leading 17th win & his first career no hitter vs the Los Angles Dodgers. Jake went on to win the NL Cy Young after allowing an unearthly 9 runs in 107 innings over the second half of the season…..9. NINE fucking runs.

At this point Jake is basically fucking superman. With the aforementioned accomplishments, Jake rolled into 2016 seemingly right where he left off in 2015. Not to take away from the accomplishment but this game wasn’t nearly as dramatic as his first no hitter. The Reds were water trash and the Cubs rolled them16-0. Yet, the legend grew.

t’s game 3 in the NDLS with Mad Bum on the mound. The same Mad Bum that pitched like 90 innings and willed his team to a World Series victory. The Cubs bats are dead and Jake cranks a fucking 3 run dinger to left. Although the Cubs ended up losing this game this was absolutely bonkers. It was at this moment I knew something special was brewing. #pitcherswhorake

Tweaking balls. The Cubs have battled back to force a game 6 in the World Series. While Jake’s second half of 2016 wasn’t nearly at the level we had come to expect, there was no one Cubs fan’s trusted more. Jake came out and struck out 10 batters in 5 2/3 allowing only 2 runs. The Cubs went on to win the game 9-3 and we all know what happened next.

After a series of tweets with uneducated Pirates fans, Jake dropped this savage bomb days before he took the mound in a winner take all Wild Card game. This tweet really sums up everything we love(d) about Jake. At this point in 2015 Jake was so fuckin confident in himself it didn’t matter if he was facing 9 Barry Bonds. Jake went on to throw a complete game shutout in what will always be my favorite memory of him. Talking shit and backing it up at its finest. The stuff of true legends.

While his run in Chicago is unfortunately over, Jake brought great joy to Cubs fans over the last 4.5 years. He will go down as one of the most iconic Chicago athletes of all time and hopefully one day retire a Cub.