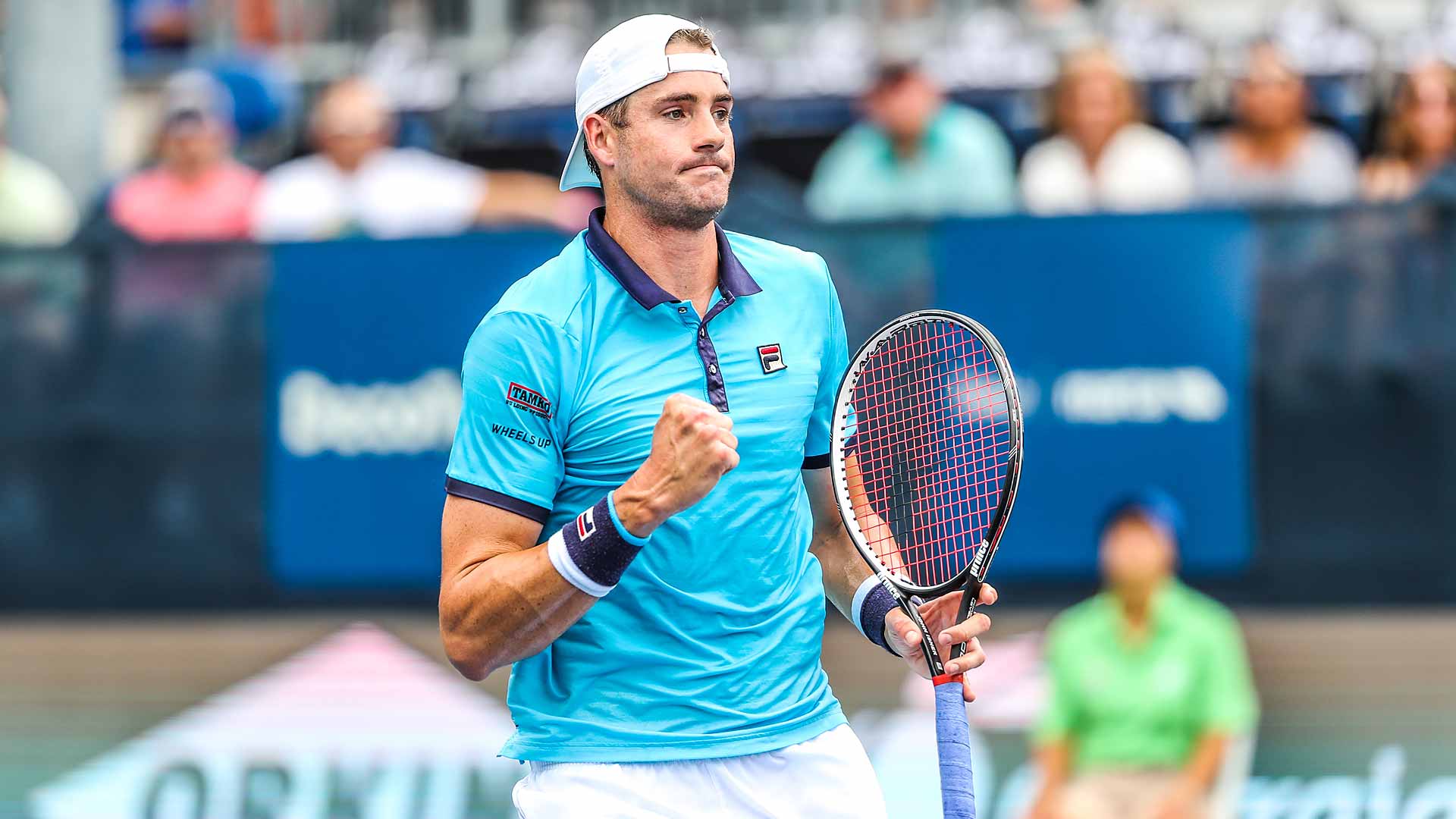 Maybe nice guys do finish last. It’s certainly applicable to many aspects of life. Women claim to want to date “nice guys”, but their choices and actions tell a different story. I’ve wasted a lot of time, money and effort being a “nice guy”.

Oh, you want a fourth margarita? Here let me open that door for you. No, it’s fine – I’ll get the check. Wait…you’re going back to your place? Even though it’s been four dates…. No it’s fine…I get it.. I’m not that type of guy anyways. Talk soon!

Me: Hey, had a great time tonight!

Her: Me too! (says some inside joke from the date)

Me: LOL! You know it! Let me know your schedule next weekend!

Rinse and repeat. Getting nowhere. Stuck in purgatory.

Some of the best leaders choose force over reason. This is true in war and business. Want to achieve greatness? Want to stake your claim at the mountain top? Sometimes you have to be a villain. Conflict can’t be avoided.

That’s why I was disappointed by what I saw from John Isner on Friday. It wasn’t from his play either. On those well worn Wimbledon courts, Isner grinded through a brutal six hour battle with Kevin Anderson. In typical Isner fashion, it came down to the 5th set. Because of Isner’s monster serve and Wimbeldon’s refusal to go to tiebreak – we got to see two heavyweights trade blow for blow.

To put it in perspective, you could have started watching this match – got bored after the first set – decide to watch the Wolf of Wall Street – call your mother to discuss your relationship status – got lunch with friends – remember you were watching tennis to begin with, and you would STILL catch the end of the 5th set.

No. I wasn’t disappointed in his effort at all. It’s what I saw after the match. Isner stayed after the loss to sign autographs for fans. Wow. Just wow. An amazing gesture, no doubt. A genuine and class act. A nice guy.

This always seems to be the case for Isner. He can’t figure a way to break through. He can’t crack that ceiling. Semi after semi – he loses. Lord knows I’m pulling for him. He has the tools to win but can’t figure out the combination.

At 6’10, his serve comes rocketing at you like a meteor from space about to obliterate life from earth. It’s almost unstoppable. He’s like Andy Roddick serving from a skyscraper.

That being said, if you are able to get a racket on the ball/backboard it into play, all hell breaks loose. This is where his faults are highlighted. Isner looks like a newborn giraffe trying to figure out what the ground is. He looks like a chick running around in cork wedges.

Can’t he work on this? I know Novak Djokovic does yoga. Can Isner tag along? If he could move even half as well as Djokovic, he’d be exponentially better. Maybe I’m asking too much. Maybe giants just can’t move like I want them to. Let’s move on.

His backhand. Maybe his movement amplifies his weak backhand. He isn’t fast enough to run around medium paced shots. That being said, he should beg borrow and steal to get in a room with Andre Agassi. Maybe he could teach him how to properly launch lasers from the back. If he could correct this weakness, it would give him…hmmm…i don’t know…50% more opportunities to break his opponent. I’m no mathematician, but that seems right to me. Beg, borrow or steal though? Isner wouldn’t do that. He’s too nice.

This might be his problem. He’s content. He’s good enough to coast. He wins a small tournament here and there. He’s always in the conversation but not the focal point. Some people are perfectly fine with this. They get used to a certain life. They rationalize. They settle.

“I should be grateful.”

This type of thinking doesn’t happen overnight. It’s subtle. It lays dormant, quietly working it’s way into our thoughts. It’s the uninvited guest at the party. Before long, we can’t help but wonder whether they were always there. Maybe they were invited. It’s so hard to tell after a long period of time.

Roger Federer doesn’t think like this. Just look at his new 10 year $300 million dollar deal with Uniqlo. The greats are never satisfied. They keep tweaking. They tighten their game. Constantly improving.

There is another possibility that keeps bugging me. Maybe I’m wrong. This is as good as Isner can be. He has reached his peak and no matter what he does – he can’t beat the best. He’s too tall. Tennis wasn’t made for people of his stature. The ball lands too low. He has to carry too much weight to properly navigate an entire court. He should have been a basketball player. He fell in love with the wrong sport. He was doomed from day one.

As I watch Novak Djokovic destroy Kevin Anderson in the final, I can’t help but think that this possibility is the clear winner. At 33, he is running out of time. He’s no Federer. His matches last too long. Fatigue will eventually catch up.

I may have been too critical. Being nice isn’t so bad. You sure do feel better about yourself. You may not win, but you can sleep at night knowing you did the right thing. If Isner has reached his potential, then signing autographs after the match isn’t some sign of weakness. It isn’t an indictment on being a “nice guy” – always destined to come up short. It’s not any of these things.

One thing is for sure, I will keep watching. I will keep cheering him on. I hope he wins a major. Watch as he goes off into the sunset with nothing left to prove. It’d be refreshing to see a nice guy win for once.