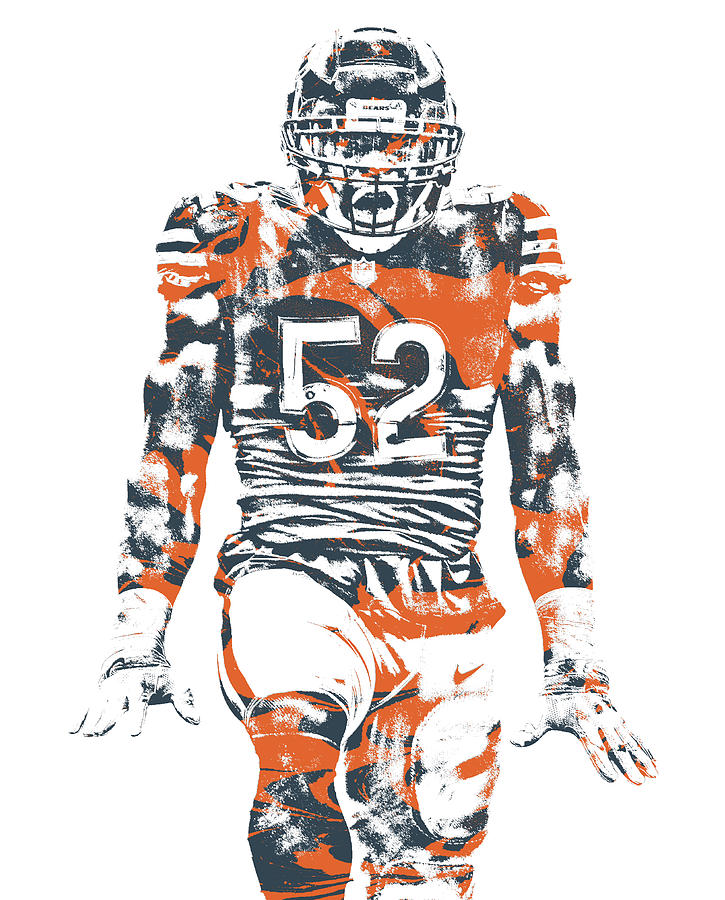 Da Bears! Will we win 12 games?? 14?? 15?? Will Trubisky average 300 passing yards per game? Will the Bears shock the world and make a Super Bowl run similar to the Eagles in Carson Wentz’s second year behind center? The answer to all of these is “probably no” and “are you on drugs?” Which my response would be, “probably” no.

All of that rambling nonsense aside, the city and myself couldn’t have been more pumped as we rolled into the first Sunday of the 2018 NFL season. I don’t think I’ve had this much excitement for a Bears team since the Lovie era. I was brimming with optimism before the Mack trade, but that news was just the honey on the bear claw (reaaaccchhhhhh).

And then they had to go and rip my damn heart out, but we’ll get to that later. Let’s rewind.

That’s right people, the Oakland Raiders agreed to trade perennial pro bowler and future Hall of Famer, Khalil Mack, to the Bears – for a plumber, a wicker basket, & the first 4 seasons of Scrubs on DVD. I don’t think I have to explain why this could go down as the greatest move in Chicago Bears history second to drafting a kid from Jackson State in 1975, but let me give you the deets to make you yeet. Khalil Mack has been in the league for 4 years and started every single one of them. The former 5th overall pick out of the University of Buffalo has 40.5 career sacks and 9 forced fumbles to go along with 3 Pro Bowls, 2 All Pro selections, and 1 Defensive Player of the Year award. The only thing better than the fact that we made this trade is that Ryan “brass balls” Pace followed it up with a 6 year deal, tying Mack to the Bears through the 2024 season. The man is an absolute machine off the edge and will be a nightmare for seasons to come. I mean, look at what he did to the Packers after rolling out of bed!

Quit Nagy-ing me, Mitch will be good!

The Bears had a top 10 defense last year, so we know going into this season that our main area of improvement needs to be our offense. Young Mitch God enters his 2nd season after starting 12 games last year. His numbers were average at best and worrisome at times for a team that spent a #2 pick on our hopeful franchise QB. 7 Touchdowns, 7 picks, and just over 2,000 passing yards are as pedestrian as you can get, so we’re going to need to see some hockey stick trajectory from Mitch this season to make his pick worth it. I do believe this will happen with offensive-minded Matt Nagy taking control for 2018. Nagy had Alex Smith under his tutelage the past few years and saw consistent improvement compared to his numbers in San Francisco. Under Nagy, Smith raised his completion percentage by 4 points, his TD to INT ratio by 1, passer rating by 7 points, and his QBR by over 6 points. Trubisky has a comparable game to Smith, but with additional athleticism and is 10 years younger. I know we expect a lot from a #2 overall pick, but Trubisky playing at a Smith level would be some of the best quarterbacking Chicago has ever seen.

What the fuck was that! After the first half, I was logging on Facebook to gloat. I was ready to press submit when I heard Rodgers was coming back. No way a peg leg Aaron Rodgers could come back and beat us. Could he? Yes…yes he could. And he did.

I was lying in my bed wide awake.

“How did Fuller drop that INT?”

“How do you not run the ball on third and one?”

“Why was our entire team so god damn tired in the second half?”

Last night will take some time to get over but we do have a cupcake schedule so I’m not going to lose hope yet.

I know this will lead us to an 8th straight year without the playoffs, but this season is all about our young players improving. I was all in on 7-9 prior to the Mack trade, but really only think he’ll be good for 1-2 more wins when it is all said and done. Still, this will be a big jump from our 5-11 season last year and an important building block for 2019 and beyond.