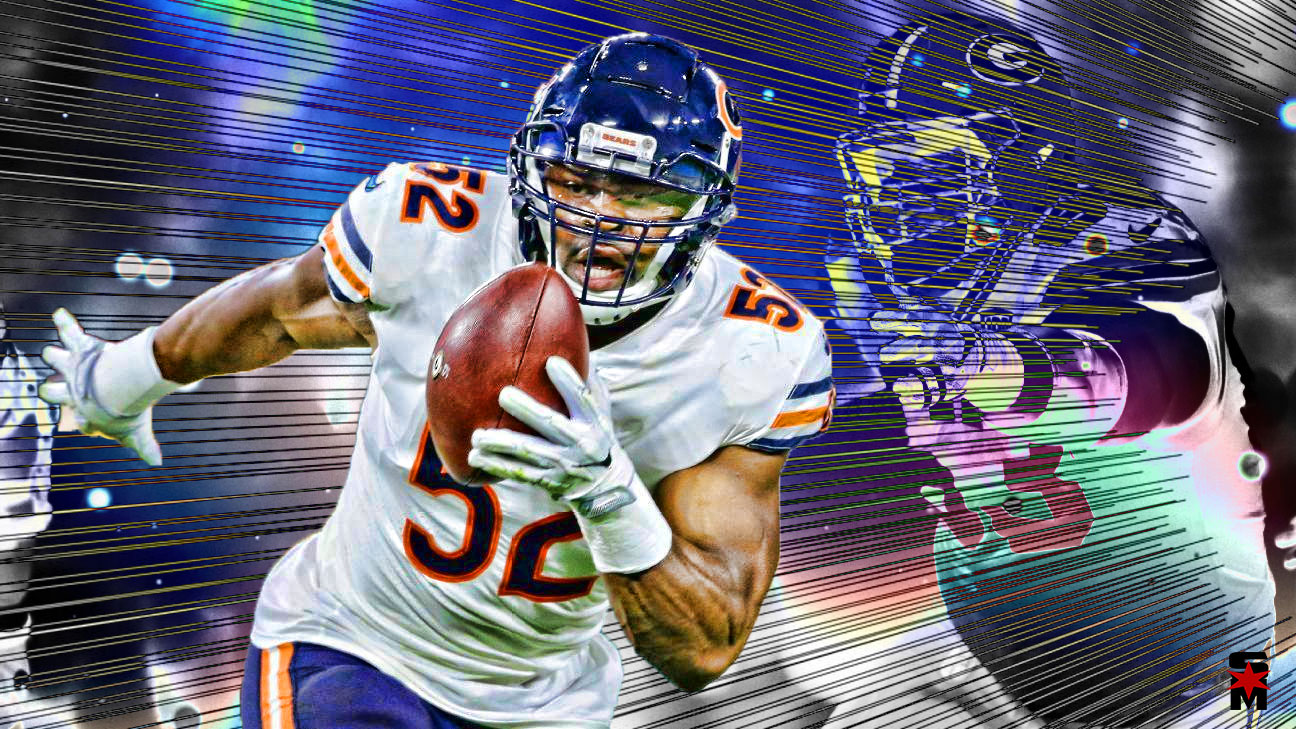 It wasn’t pretty but they pulled it off. For a second, last week’s win vs. the Seahawks seemed to be slipping away in a similar fashion to week one. Then Prince Amukamara happened – jumping a route and taking an INT to the barnyard. The game certainly had its ups and downs, particularly the play of golden boy Mitch, who quite frankly looks more copper at the moment (SICK BURN!) but a win is a win and we are onto the next one.

It just so happens to be a matchup with the worst offense in the league, the Arizona Cardinals. That’s not hyperbole, the Cardinals offense is pure shit, like 6 points in two games shit. Led by the man himself, Sammy Sleeves, the Arizona offense has averaged a league low 47 offensive plays per game. To this point, they can barely make it past mid-field. Head coach Steve Wilks has vowed to get electric playmaker David Johnson going, but I just don’t see it vs. this ferocious Bears defense.

The Bears Defense, led by Khalil Mack, sacked Russell Wilson 6 times last week. Russ is arguably the most elusive QB in the league so there’s a legit shot that Sammy Sleeves might not make it out of this game alive. I fully expect the Bears to sell out to stop David Johnson, which in theory could open up some opportunities for Larry Fitzgerald. That being said, with Bradford averaging 121 yards over the first two weeks, this offense is about as threatening as your high schools passing attack (I’m on FIRE!)

As for the offense, well it hasn’t been great. Trubisky has missed some throws and really looks anxious in the pocket, often taking off to run before plays can fully develop. In addition, the play calling feels a bit gimmicky with a lot of sweep options and dudes running all over the place. At this point, I think we just need to accept the offense is a work in progress. It hasn’t been all bad. My prediction of Mitch throwing multiple touchdowns for the first time came true and although limited last week, the run game is still legit. I expect the Bears to come out and drive down the field on their opening drive as they have in the first two games. The offense should be able to put up points all game and with the help of Mack n Co. – coast to a victory in week 3.

Summary: A matchup between one of the best defenses in the league and the worst offense in the league. The Bears, on paper, should dominate. I’d say we should almost expect a QB change at half…. but the Arizona coaches would be wise not to throw Rosen to the wolves in his first career start. On offense, I expect a big game from Jordan Howard, who should approach 25 rushing attempts in this one.