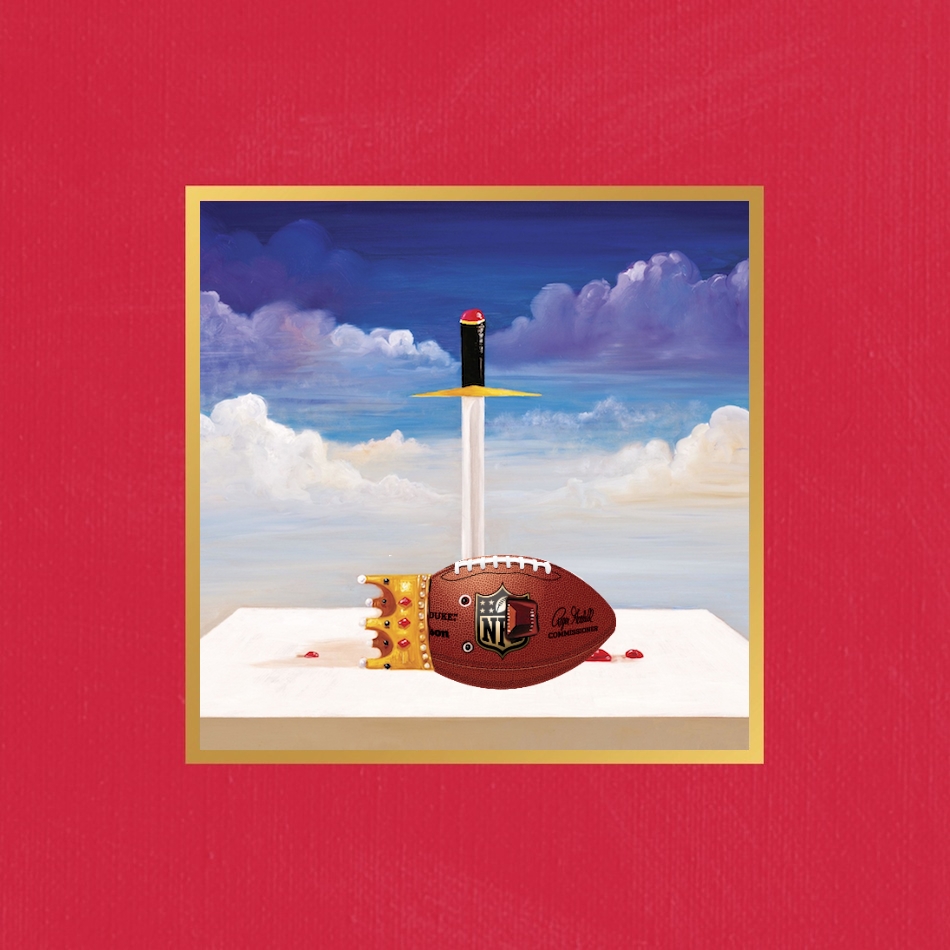 We were going 90 miles an hour down the freeway. At least that’s what it felt like. After inhaling one of those funny cigarettes you get in California, I wasn’t sure what was happening. What I do know was that Tekashi 6ix 9ine was blaring out of the speakers with lyrics such as: “Whole squad full of fucking killers, I’m a killer too!!!!” Clutching the random LA chargers preseason tickets in my hand, I knew my fantasy football weekend was just getting started.

I had arrived the day before. It’s totally normal to fly all the way to California from Chicago for a fantasy football draft right? That’s what fantasy football does to people. It starts off with you and a couple buddies in high school. You don’t play for money the first year. It’s just for fun. Fast forward 10 years – all hell breaks loose.

It was good to see old friends again. Time flies by. It feels like yesterday I was hanging out with some of these guys in the old neighborhood. It was summer and we had nothing to do but go to the beach, talk to girls and illegally drink beers. Do they make time machines yet? I’d give anything to go back and relive one of those days.

That being said, in fantasy football, you have no friends. I’m being serious. My roommate just went full scorched earth on his draft because his brother took away his keeper on a technicality. When you are willing to torpedo your own family – you know this shit is for real yo.

I was already planning mind games. I’ll do anything to beat these dudes in fantasy, even if that means psychological warfare. All is fair in love and war. I would need any advantage I could get too. We have a keeper league. That meant 10 top prospects were already off the board. Here’s a recap to go along with our draft order:

1. Todd Gurley in the second

2. Leonard Fornette in the third

3. Ezekiel Elliott in the second

4. Kareem Hunt in the third

5. Antonio Brown in the first

6. Juice Landry in the fourth

7. D Hopkins in the third

9. Dalvin Cook in the fourth

And then there was me – keeping Zach Ertz in the 7th.

I know, not the sexiest keeper, but 7th round value for a possible stud TE – I’ll take it.

In my mind, after already mapping out the first nine picks, I had a few options. I was definitely taking Christian McCaffrey in the second round snake pick. I like his upside and would love to keep him next year. My dilemma came with my Round 1 pick. At number ten, I thought I would have to go with Keenan Allen. My prediction was that Melvin Gordon would be gone and any other RB choice would be a reach. A quick wild card entered my mind – take Gronk at 10. We can start two TE’s in our league and Gronk is basically a WR with more red zone targets. Sure, the man is constantly injured…..buttttt… when healthy – he’s a monster. Plus, I could then name my team “Gronkowski 6ix 9ine”. After a weekend of smoking, drinking and blasting the music of a rainbow haired 22 year old rapper – this sounded genius.

But then a monkey wrench was thrown into the mix. At pick 8, our buddy Taylor was up……. and about to make the biggest mistake of his life…..

With friends, inside jokes are to be expected. I’m not sure if girl’s do this, but guys will say a joke about a situation – proceed to elaborate on it – take it to an extreme – create an outrageous character to compliment the joke, personify it – then use that inside joke for the next few years.

This happened when I arrived on Friday.

One of the guys in our league went heavy into crypto currency. He constantly flexes on how many coins he has. Yep, we are in 2018 folks. Imaginary coins are a big deal.

With that in mind, we created a character who constantly brags about how much shit he can buy with his crypto gains. We called him Litecoin Bruh. The joke started with the Litecoin Bruh character buying cars with half a litecoin – graduated to boats – then private jets – evolved to human trafficking. By the end of the joke, you could basically buy countries for .03 litecoin. This is all very important information.

Taylor is about to make his pick at 8. I fully expect him to take Michael Thomas from the Saints. Dude’s a stud. After that, Melvin Gordon would be gone, leaving me with Kennan Allen – who like I said- I wasn’t thrilled with. I knew I had to do something. Luckily, I was already dressed as Litecoin Bruh and was in everyone’s head with my brash behavior.

What does Litecoin Bruh look like you may ask? Well, it involves wearing a child size Kobe jersey, a Baker Mayfield headband, backwards snapback and rocking sunglasses inside.

This shook him. I imagined him thinking:

“Is something wrong with Michael Thomas?”

“Why is Adam happy that I’m taking Michael Thomas?”

With the Michael Thomas sticker ready to be put on the big board, Taylor suddenly changed his mind. Instead, he took Devonta Freeman…

Devonta Freeman hasn’t been good in years. Devonta Freeman doesn’t even like Devonta Freeman. All fantasy publications had him going at the end of the second round. I was stunned by the decision. Was it me or my fictional character Litecoin Bruh that had infiltrated and destroyed this young man’s decision making skills? Somewhere there was a van falling backwards off a bridge in slow motion – Inception style. I was 4 dream levels deep. I had somehow convinced this dude that Devonta Freeman was better than Michael Thomas.

Michael Thomas was taken quickly after.

I was gifted Melvin Gordon with the 10th pick.

After that mind blowing turn of events, I carried on. Here is the rest of my team:

“There’s going to be dinner waiting for me when I get home.” Poor sap trying to will himself into an emotional place where he can be happy in a lifelong monogamous relationship.