No, the Cubs probably aren’t this bad 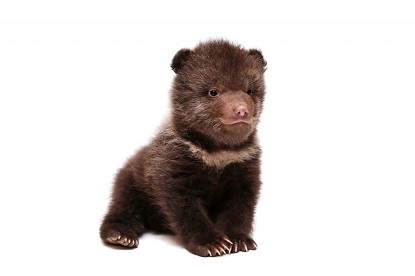 The Cubs lost six in a row, but they’re still a team with only one real flaw

It’s been a while, I think, since we’ve really felt a need to worry about the Cubs. Sure, they slowed down at the end of last season, but that was after they proved themselves to be a good team – just one that was running out of gas. At the beginning of the season, though, everything is magnified. The team is a complete unknown, and preseason projections range from worst to first in the Central.

So when the team starts off 2-7, dropping each of their first three series, that’s all we know about them. Pitchers have ERAs over 10.00, the team’s on pace for a 36-126 record, and everything is on fire. Trade everyone!

But the reality is that the Cubs generally haven’t been hapless in the games they’ve lost. In the span of their six-game losing streak, which was finally broken on Saturday with a 13-8 victory in Milwaukee, the Cubs scored 34 runs – an average of 5.7 runs per game, even with an 8-0 shutout loss to the Braves.

The offense that disappeared last year has had an incredible resurgence. It’s an offense that will win you championships, but that’s only half the game, as Cubs pitching has left a lot to be desired – and a lot of runs on the board.

So why am I not worried (yet)? Because they’ve really just done one thing poorly – prevent runs from the bullpen – while everything else has been either solid or decent.

The pitching – or the bullpen?

The Cubs, entering Saturday, were last in the MLB ERA with a 7.85, which came from a dual effort by the starters (29th in ERA) and the bullpen (also 29th). That led to some claims that the Cubs simply can’t pitch, and it’s easy enough to find evidence for that.

But things are more complicated. It all comes down to knowns vs. unknowns – and while the rotation is full of established, familiar faces, the bullpen is full of question marks who’ve mostly performed like crap to date.

To illustrate what I mean: Kyle Hendricks has always been worse early in the season and has easily been the most consistent rotation piece along with Jon Lester over the past few years. Lester, meanwhile, is still managing to not pitch like he’s 35, and has put up a pair of quality starts – six innings, two runs. (The Cubs are 1-1 in those thanks to the bullpen.)

Cole Hamels, the other 35-year-old, had a solid start in Texas (until he didn’t) and then came through as the Cubs’ stopper on Saturday for six innings of two-run ball – and no walks. Yu Darvish flat-out didn’t have a solid start in Texas, but he appears fully healthy and continues to have ace upside. While Quintana… well, he’s the fifth starter, and if that’s your biggest problem, the same is true of every other team.

Despite the numbers, the Cubs still have a solid rotation moving forward – meanwhile in the bullpen, they have Pedro Strop, Steve Cishek, and… uh, Brandon Kintzler’s managed some scoreless outings I guess?

The Cubs bullpen has been a lot of trial-and-error, and it’s mostly been coming up errors. Randy Rosario was fine last year, but clearly lucky – and that’s catching up to him. Carl Edwards was excellent last year, but he forgot how to pitch and is now back in Iowa after his ERA ballooned to 32.40 (yes, really). Mike Montgomery got moved to the IL after his went to 16.88, while Brad Brach has been uninspiring, despite his luck.

The result has been a horrendous showing from the bullpen, as they’ve blown leads, given up home runs, and just generally been a huge liability. And yet…

All of that adds up to this probably being the worst the Cubs will look all year – because with this trial-and-error process, and so many relievers left to try out, they’re bound to hit on a combination that works.

Following the series-opening 13-10 loss to the Brewers, the Cubs made a series of moves. Gone from the bullpen were Edwards and Montgomery, and up came Allen Webster and Kyle Ryan – both pretty much unproven, but both coming off impressive springs. Despite shaky outings on Saturday, they combined for 2.2 innings of scoreless baseball in the finale Sunday.

The Cubs have Strop. They seem to have Cishek. They might have Kintzler, who was bad for the Cubs last year (7.00 ERA) but solid for the Nationals pre-trade (3.44 ERA). Waiting in the wings are Brandon Morrow and left-hander Xavier Cedeño, both coming off injuries. Waiting in Iowa are the likes of James Norwood, Dillon Maples, and Dakota Mekkes, eager to get their chances.

Having a decent bullpen doesn’t require that every piece is untouchable – it just takes a few solid guys who can reliably keep teams (mostly) off the board and let you win games where you build a multi-run lead, along with a core of stoppers who can protect one-run margins.

For the Cubs, all it’s gonna take is a couple of extra bullpen pieces hitting before things start looking good. Maybe it’s Ryan, maybe it’s Webster. Maybe it’s neither of them, and one of the minor-league guys carves out a space in the major leagues.

But with a couple of unknowns turning into trusted assets, along with the known quantity of Morrow (and, to a lesser extent, Cedeño) coming off the IL, the Cubs would suddenly find themselves with a reasonable bullpen – at least as reasonable as Milwaukee’s, as the Brewers have Josh Hader and… uh, that’s about it.

If the offense keeps clicking like it has been and those bullpen pieces show up, the W flags will fly – but then I’ve been wrong about baseball before, and I’m certainly no stranger to being disappointed by Cubs teams.

Their first chance to right the ship will be Monday against the Pirates (5-3) at 1:20 for the first 2019 series at Wrigley.