The Bears Could Use a Mack Daddy 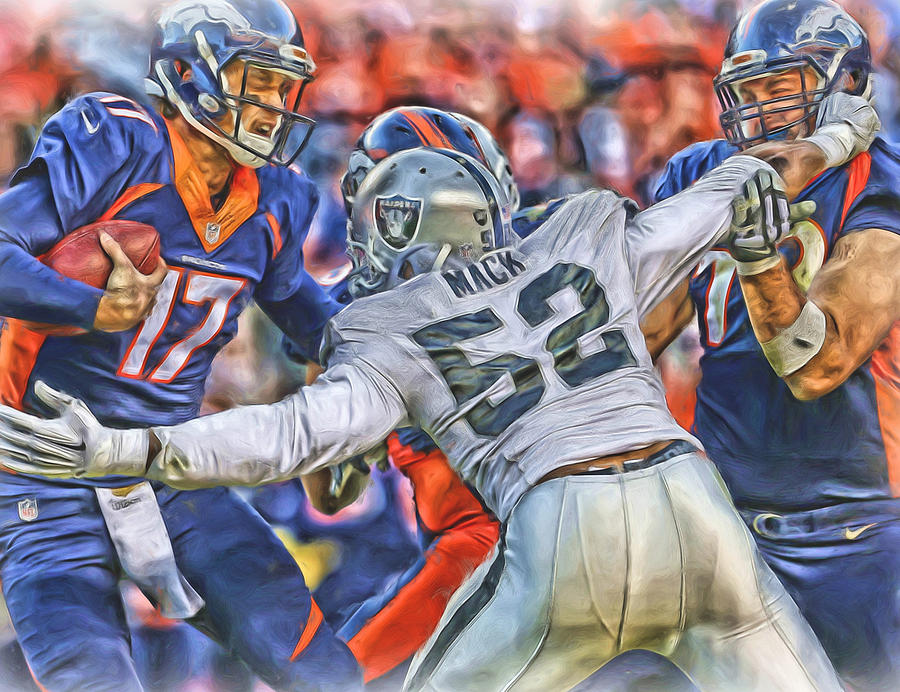 Leonard Floyd goes down with a broken hand and now everyone at Halas Hall is looking at each other as if someone just farted in a crowded elevator. With no proven studs, little depth, and a banged-up Floyd, it’s time to trade for Khalil Mack of the Oakland Raiders.

Would the Raiders really trade Mack? Yep. Will the price be steep? Yep. Are we selling away our future in a trade? Nope.

Would the raiders really trade Khalil Mack? Yep, here’s why…

Khalil Mack and the Raider’s haven’t spoken since Valentine’s Day. Awwwww. Reports don’t specifically say 2/14, but maybe he got a Gruden Grinder Valentine saying “Be Mine” with a bag of peanuts and a bush light? I have to make some assumptions on what happened as Mack hasn’t talked to the organization or the $100 million-dollar coach for the past 189 days.

Mack has yet to practice for Gruden – who also brought in a new defensive coordinator. We are three weeks away from the start of the season and the odds of the Raiders signing Mack to an extension or him reporting to camp before week 1 are slim. I assume Mack is in great shape, but this is a completely new system which will take time to learn.

So this plays into three scenarios….

Signing him to a long-term deal solves everything, but if the Raiders go with the other two options then both sides will do this dance again next year. If that’s where the road leads, then why not solve it now? Pride and stupidity, that’s why.

Will the price be steep? Yep, here’s why…

Mack is simply a beast. Prototypical blue collar hard worker, good person on and off the field, and performs on game day. He has always passed the eye test and his stats back it up.

You read those numbers correctly. He is a 3X pro bowler, a 2X first team all pro, has yet to miss a game since entering the league, and has averaged over 10 sacks a year. Damn!

Honestly, what else do you want? Assuming the price really is 2 first rounders, tell me something that makes him NOT worth that price. He is worth every penny, and the Bears need to sack up.

Are we selling away our future in a trade? Nope.

The most common response I have heard thus far, “two first rounders is way too much for Mack, it is mortgaging our future.” I call bull shit.

First round picks are important, let me make that clear, all I’m saying is that most analysts and/or blog trolls don’t take it one step further. It’s not rocket science, just put together a test scenario before you slam the door.

Let’s see of the 30 players selected between 2015-2017, how many total pro bowls & first team all pro selections were made and compare against Mack.

Knowing Pace, let’s remove the running backs from this list and compare again. Pace always focuses on the RB position in rounds 3-6, so this is more accurate representation for the Bears.

So after all is said and done, Khalil Mack has collected more all pro selections and nearly as many pro bowl selections as the 28 draft picks (excludes RBs) from the past 3 draft classes.