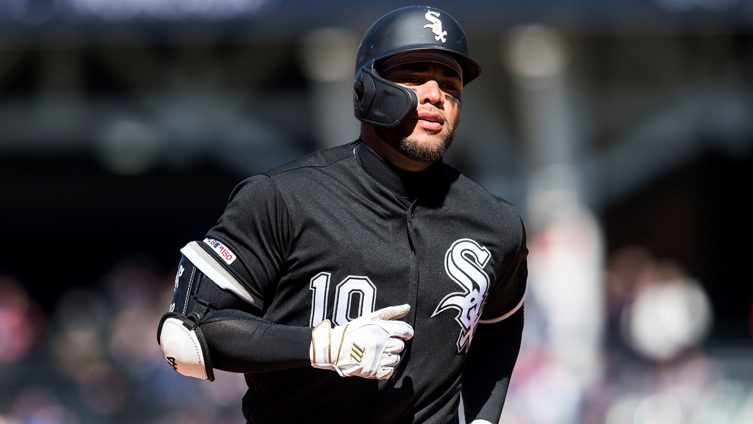 The White Sox stayed hot this week going 4-3 against the two best teams in baseball. They started off taking 2 of 3 from the Yankees and held late inning leads in each game, but gave up 3 runs over the last 2 innings of Game 2 including a walk off homer from Neil Walker for their only loss. This was the first series win in New York (AL) since 2005 when we won the World Series. You know what that means?? Nothing. If we win the rest of our games, which is possible if we pitch Kopech every inning and have Eloy take every at bat*, we would finish with 80 wins. The Oakland A’s currently hold the 2nd wild card position and have 82 wins. I’m not the best at math, but I think I finally have to admit the White Sox will not make the playoffs for a 10th straight year.

*I checked the rules, you can’t do this. Also, Eloy isn’t getting called up.

After taking it to the Bombers, they headed home to face the Boston Red Sox and had better than expected results against a team with 40 more wins than us. After an all too familiar bullpen meltdown in Game 1 on Thursday, the White Sox snagged a W in yet another rain delayed Kopech Day. The Sox rookie has now pitched 5 total innings in 2 home games because of weather. The Red Sox took game 3 behind a nearly untouchable Edwardo Rodriguez (12ks, 3 hits, 1 run in 5.2 inning) followed by a South Sider win Sunday, 8-0, on day fans gathered to honor the retiring legend, Hawk Harrelson. I said last week we were going to take a beating from these two teams and I’ll be the first to admit I have no idea what I’m talking about most of the time. The Sox continue to play great baseball and head into the last month of the season riding high.

All of Kopech’s dirty laundry should be clean after the 2nd rain shortened home outing since he debuted. The White Sox are becoming the Blue Balls and the South Side faithful are very concerned about their health. At first, I thought this was God continuing his punishment of Sox fans; the playoff drought reaching 10 years, the Cubs winning a world series, & now not allowing our savior to grace us with his goatness. I’ve matured over the past few days and realized this was a ridiculous take. The rain is not God punishing us, it’s him crying tears of joy. God has shocked himself with the creation of Kopech and just can’t contain himself when he pitches. I guess we have an answer to the question “Can God create someone so great that they are greater than God?” Well, the answer is yes and thy name be Michael Talbert Kopech. (Lol that is actually his middle name)

29 year old journeyman, Ryan LaMarre, had a career day in Wednesday’s rubber match against the Yankees. His 2 doubles, homerun, and 4 RBIs propelled the White Sox to a win over CC Sabathia. LaMarre has played for 5 teams over the past 4 years, but seems to have found his groove with the White Sox. After appearing in only 28 games over the past 3 seasons, LaMarre has hit .333 in 18 games since joining the team. He also has 2 home runs, including the 1st of his career in an August 14th matchup against the Tigers. I don’t think we have room for a soon to be 30 year old on the #FutureSox, but it is great to see someone work to achieve their dreams and I’m happy the Sox are the team he is doing it with. Let’s see if Ryan can finish the season strong and earn himself a spring training invite or a nice contract with another team.

That brings us to our often frustrating, top of the rotation, potential bust, future All Star, Lucas Giolito. I don’t know what else to say, but mans is hot. Giolito has continued to show the team and Sox fans why we gave up perennial gym rat, Adam Eaton. His numbers are still garbage due to him being one of the worst pitchers in baseball during the first half, but now the numbers are a little nicer….more like recyclable trash than straight up garbage. Over the last 7 games, Giolito has posted a 4.54 ERA and a 3-1 record to go along with 43 Ks, 13 BBs, and a 1.15 WHIP. His velocity has also been increasing at about the same rate as my cholesterol after a breaded steak sammy from Ricobene’s. Giolito, along with the rest of the team, has seemed to turn a corner in August and it has this Sox fan already hyped for 2019.

Jose Abreu continues to recover from surgery and is expected to resume baseball activities towards next weekend. There is no rush to get Abreu back on the field this season, but I’m hoping he can at least salvage the last 2 weeks of September. Abreu is at risk of breaking his 25 homer, 100 RBI streak that he has started his career with. Sitting at 22 home runs and 77 RBIs, the outlook is not good, but Jose has again proven to be an absolute workhorse by following up the worst stretch of baseball in his career with one of his best. He was batting .322 over his last 30 games, including .393 in the week leading up to his surgery. The 5th year player is batting .272 on the year, significantly below his career average of .296 and by far the worst of his career, but sits in a much better spot than 2 months ago.

The White Sox also welcomed back Wellington Castillo from both the 10 day DL and an 80 suspension for PEDs. Castillo was activated Sunday against the Red Sox, but did not play. He was batting .270 with 6 home runs and 15 RBIs before the suspension. We’ll see what happens for the remainder of the season as Omar Narvaez has been (not joking) one of the best hitters in baseball since mid-June and backup, Kevan Smith, has been solid when called up. We have struggled to find a replacement backstop since the Polish Pierogi-AJ Pierzynski left the team, so it’s at least nice to have 3 catchers on the roster all capable of hitting over .270. Here’s to hoping none of these players will matter and Zach Collins will be our WhiteSox2020 catcher.