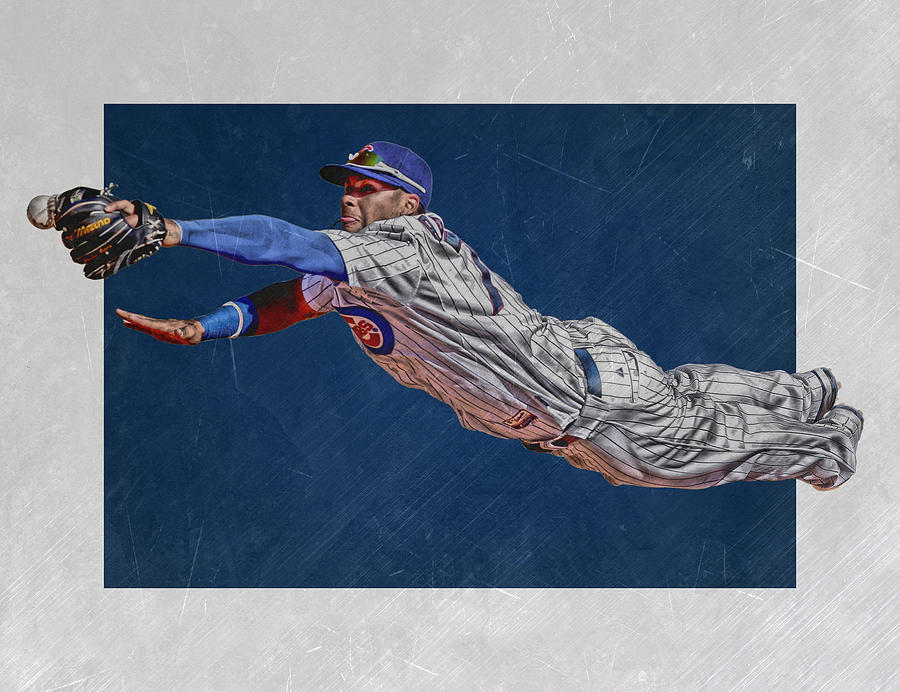 The 2019 Cubs season started off about as miserably as possible. Well, not counting a 12-4 Opening Day win against the Rangers to build up hope. This was immediately followed by six straight losses to bring everything crashing down.

And yet this team never looked overmatched – just out of sync. I was pretty sure these Cubs – 2-7 to open the season – were actually a pretty good team waiting to happen.

Since that miserable nine-game road trip to open the season, the Cubs have gone 14-5, improving their record to 16-12. They are second in the Central, and – don’t look now – building up the National League’s best run differential (+38) as of May 1.

How’d they do it? It was really a team effort. But here are some of the biggest Cubs contributors, the best storylines, and the things that will hopefully improve after the Cubs went 15-12 in the first month of the season. 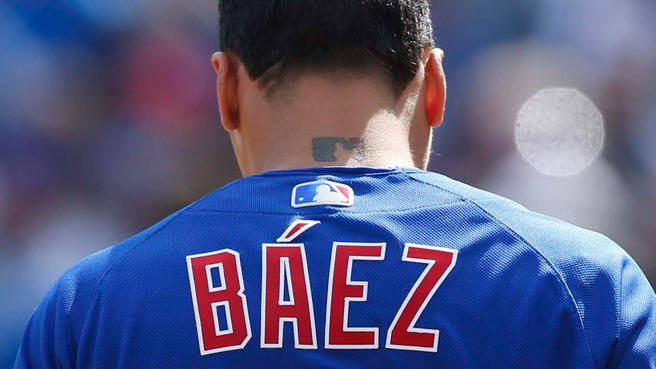 On the offensive side of things, the Cubs have had a lot of great – and surprising – contributors.

I wrote a couple weeks ago about how the Cubs had started winning largely because of guys who’d struggled in 2018 (like Willson Contreras) or who’d never really put things together with the Cubs (Jason Heyward, José Quintana).

But the guy who stuck out like a sore thumb was Javy Báez. Rather than slowing down after his MVP-runner-up season (totally understandable from someone who’d just put up more fWAR than the rest of his career combined), El Mago’s latest magic trick has been to be even better.

Pace stats are stupid – but they’re also stupid fun to think about.

Will he hit those marks? Almost assuredly not. But even if he doesn’t quite play at this level the whole way (or if he gets, you know, a couple days off), he has a solid chance of setting new career highs in at least half a dozen offensive categories by the time the season ends. 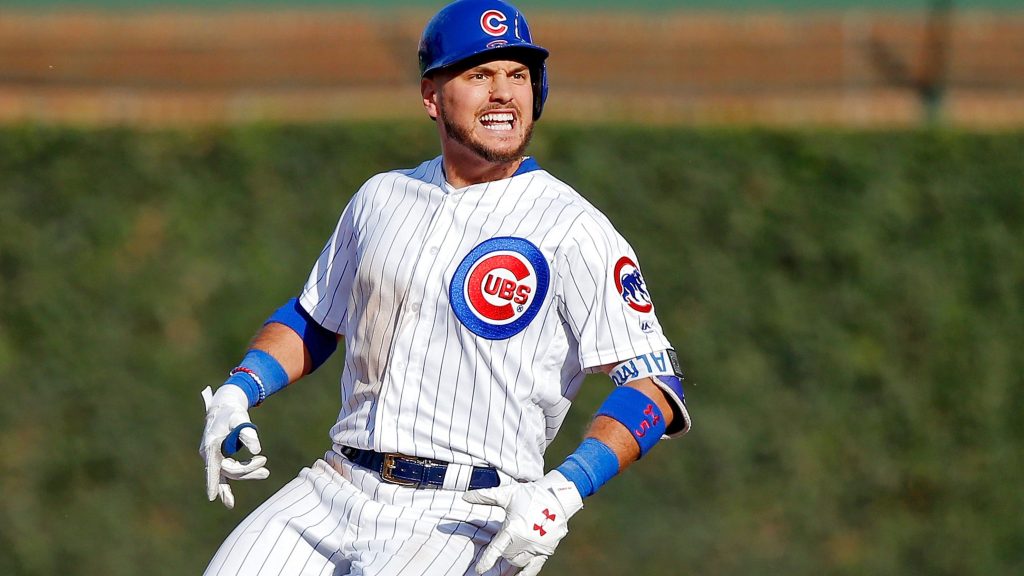 For a large contingent of Cubs fans, it was frequently a source of angst that the Cubs’ young centerfielder wasn’t starting every single game.

“His glove is incredible!” they’d cry. “He’ll never hit righties if he doesn’t get to hit against them!”

Only this year, he’s hitting pretty much nobody.

Even with Joe Maddon being selective in the starts he gives Almora, mostly against left-handed pitchers, he put up a pitiful slash line of .243/.300/.297, “good” for a wRC+ of 56 to start the season – 44 percent worse than league average.

It took Almora until April 25 to notch his first extra-base hit of the season, and while Ben Zobrist took even longer, Zobs is old as shit and pretty much playing out the string – not just starting his career.

Second up: The old rotation guys 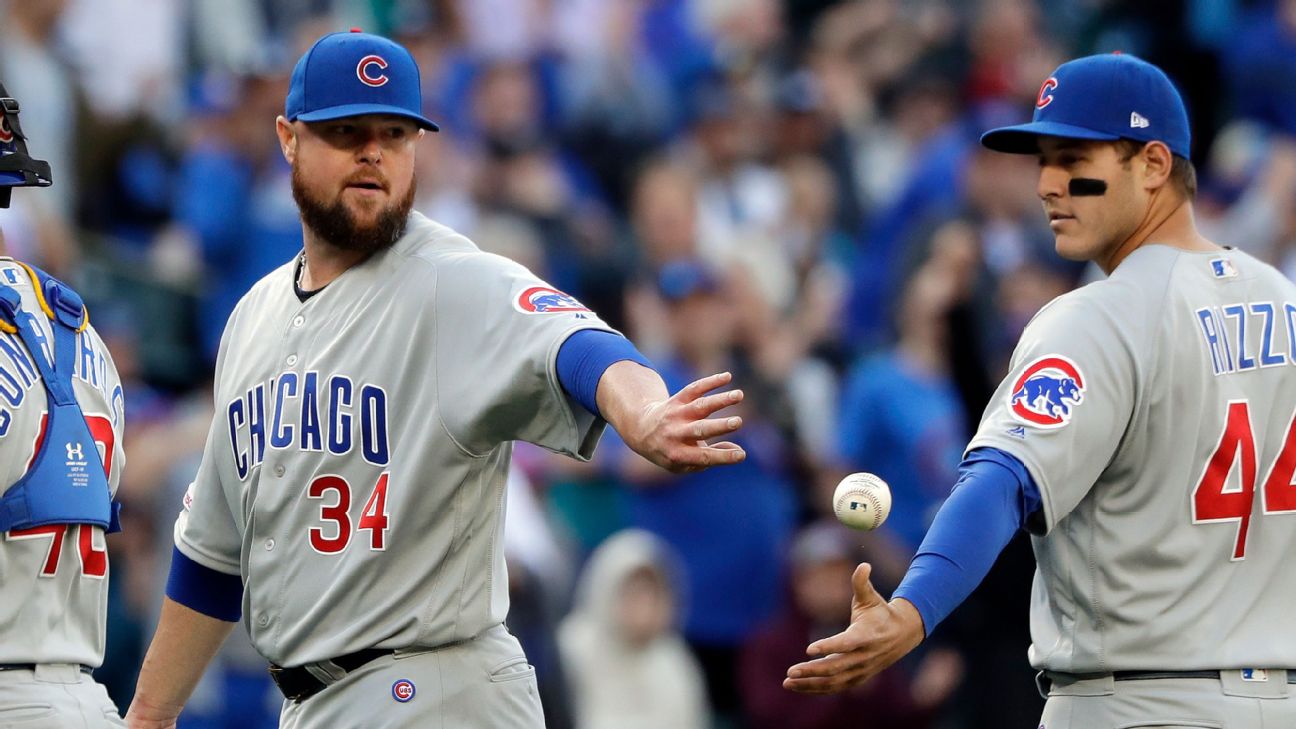 Jon Lester and Cole Hamels are both 35 years old, but against all the odds (read: aging curves and PECOTA expectations), they’re still managing to anchor the rotation.

Sure, José Quintana’s up there too – and don’t get me wrong, that’s been a blast to watch. But Lester and Hamels aren’t just solid, they are dominating at times.

Hamels put together three straight quality starts after a disastrous outing in Texas to start his season. While he lost his command a bit over the last two starts, that’s a strong suit of his.

Lester, meanwhile, has been lights-out. While this is sort of cheating (since I’m considering his May 1 start against the Mariners), he’s put up a 1.73 ERA across five starts. This includes an impressive comeback after a brief IL stint.

Both Hamels and Lester have improved on their strikeout and walk rates from last season. So while there’s some amount of luck here, their defiance of the age curve has been very real. 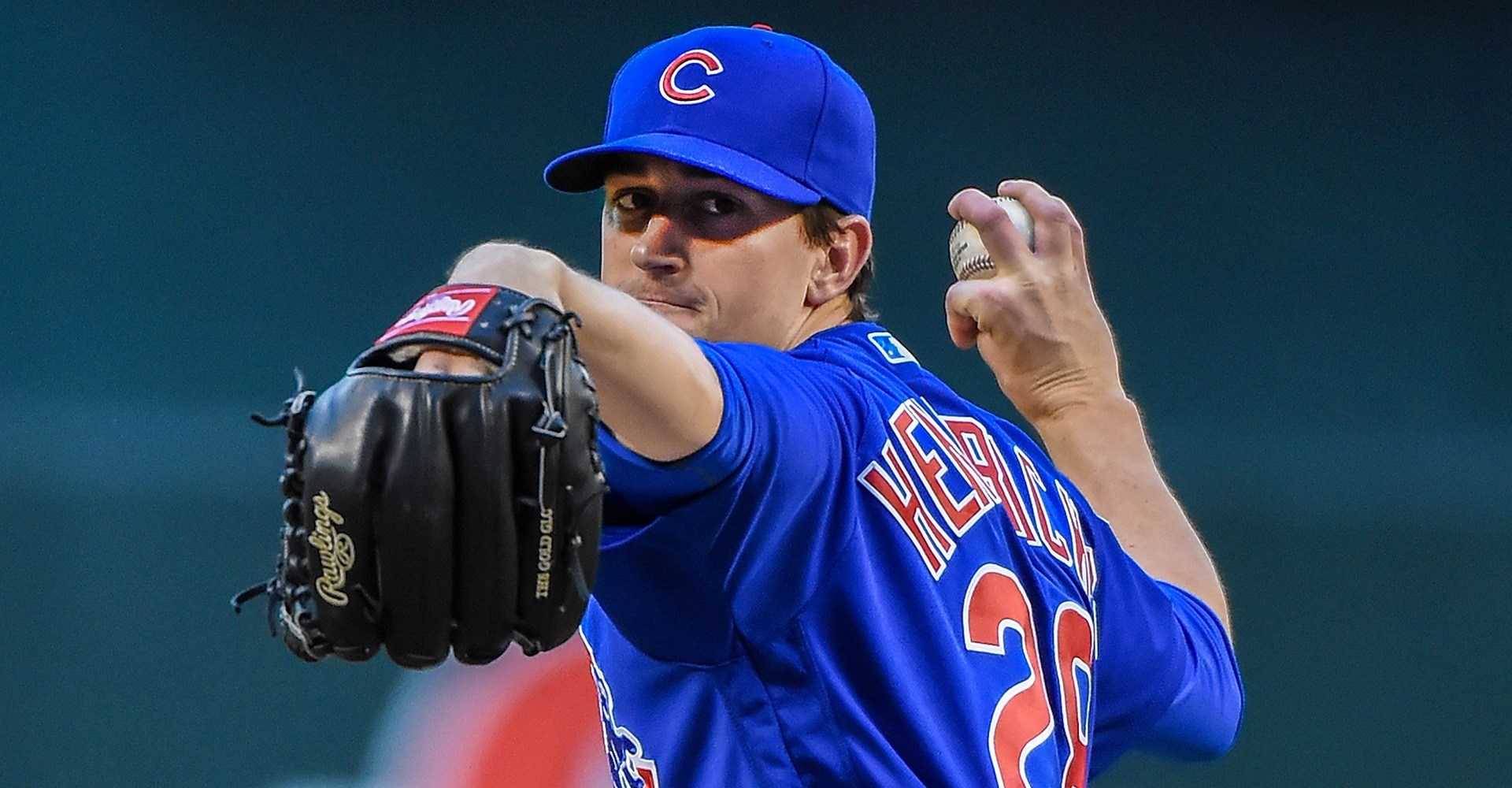 The Professor usually shows up late to class (the season). But this year I thought he might be on top of his game early. Especially after a dazzling seven-inning, 11-strikeout, zero-runs performance at Wrigley against the Diamondbacks.

He couldn’t follow up on that, though. He coughed up seven earned runs to that same team one start later in Arizona.

On the season, Hendricks is sporting a positively un-Professor-like 5.33 ERA, though his 3.71/4.07 FIP/xFIP split suggests he’s getting a bit unlucky. Indeed, his LOB% (that is, left on base percentage) of 58.8 is well below his career mark of 76.1%.

But still, Hendricks is a guy who needs to be largely perfect to do well. His inflated walk rate and deflated ground ball rate will need to be controlled. Well, if he wants to contribute to this squad that is.

Third up: Turning things around

A team effort rather than an individual one. This Cubs team has already shown an impressive aptitude for picking themselves up.

When Kris Bryant and Anthony Rizzo couldn’t hit, guys like Contreras and Báez carried the team. Now the Bryzzo tandem is turning things around and the Cubs offense looks like a juggernaut again.

When the bullpen couldn’t hold a lead or generally throw some damn strikes, the rotation threw quality start after quality start.  By going deep into games, they gave ‘pen space to get themselves together.

Now the Cubs pitching staff as a whole has a 3.88 ERA. The relief corps is posting an incredible 2.09 ERA since April 8 – tops in the MLB, by far.

The Cubs are once again an impressively deep team – and that’ll get them far.

Third down: Who’s the closer?

One of the more unfortunate developments for the Cubs this April is that Brandon Morrow hit yet another speedbump in his efforts to come back from injury, and he seems doubtful to come back until after the All-Star Break, if at all.

Without his return, it’s hard to say the Cubs really have a “shutdown” type guy. You know, someone who can go out and get you a guaranteed scoreless inning.

Pedro Strop would seem to be the next man up, but he’s already blown some leads and hasn’t quite looked like his normal self. Steve Cishek has closing experience, but the Cubs rode him hard in 2018 and his walk rate this year has been a bit higher than you’d like.

And while Dillon Maples can make professional batters look like little leaguers, he also doesn’t know where the ball’s going half the time, with a walk rate (16.88 BB/9) that almost matches his insanely high strikeout rate (20.25 K/9).

In 2016, the Cubs went out and traded for a closer. But they don’t seem to have the necessary pieces on the farm or the necessary salary space to trade for or sign a true shutdown guy.

It hasn’t been a problem so far – but will it be in the coming months?