Tom Brady is NOT the GOAT 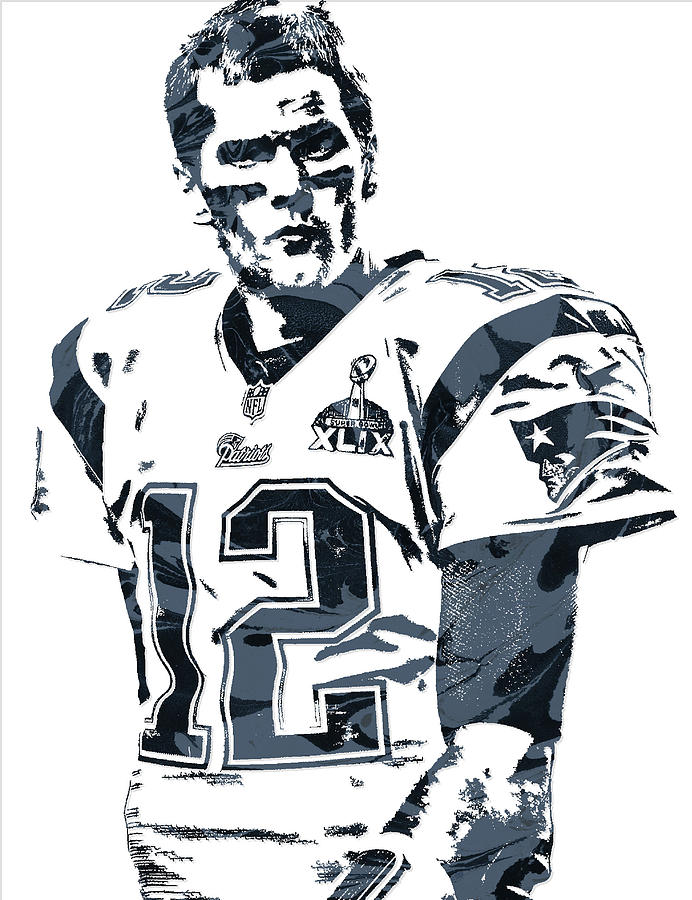 When we think of the greatest players enshrined in the HOF will we elevate Tom Brady above all else? Will #12 go down in history as the greatest quarterback of all time? Should he? It’s inarguable that Tom Brady is a great player, but is he truly the GOAT?

To get to the heart of the debate we need to take into account that he has been the centerpiece of one of the most dominant teams of the modern era and distinguish between personal achievement and team accomplishments. Before Brady took over for an injured Drew Bledsoe, the Patriots had already been building their team around a pocket passer style quarterback. With hands specialists Terry Glenn, Troy Brown, Ben Coates and Kevin Faulk, Bledsoe brought the Patriots to 4 playoff appearances and Super Bowl XXXI. He led the league in passing yards in 1994 and was a 3x Pro Bowler by 1997. At this point, after three years with coach Bill Parcells and two with Pete Carroll, the Patriots were poised to become the powerhouse they are today. Bill Belichick was handed the reins in 2000 and one year later the Patriots signed Drew Bledsoe to one of the most lucrative contracts in the NFL at the time.

In 2001, when Bledsoe was sidelined unexpectedly in week 2, Brady stepped into a starting position ripe with opportunity. That season the Patriots went 11-5 and won Super Bowl XXXVI – with Tom being named Super Bowl MVP. Under his command, the Patriots would go on to win a total of 8 conference championships and 5 Super Bowls.

Pretty great, right? Although #12 is certainly a focal point of the team, one man does not win games alone. Having a solid team, with great hands specifically, year after year makes it easier to perform at a higher level of consistency. Since his first day on the job, Brady has had a chain of great receivers at his disposal: Terry Glenn, Deion Branch, Randy Moss, Wes Welker, Rob Gronkowski, and Julian Edelman to name a few. That’s why it’s important to assess Tom’s status as the GOAT in terms of stats that represent his achievements as an individual player.

For quarterbacks, the three best metrics to consider are passer rating, passing yards, and passing touchdowns. Following is a selection of NFL individual passing records, which represent the highest level of QB achievement on the books to date, from two other players who should regularly be included in the great GOAT debate: Peyton Manning and Drew Brees (plus a few honorable mentions). The key here is to be aware of the quality of an individual record based on seasonal or career accomplishment. In 16 seasons as a starter, Brady has managed some amazing seasons, but they don’t add up to the career accomplishments of several of his contemporaries.

Most games with a 158.3 perfect passer rating, career (playoffs included)

Most games with 40+ pass attempts and no interceptions, season

Most games with 400+ yards passing and no interceptions, season (tied with Drew Brees)

Manning has had some spectacular seasons and the career records he currently possesses reflect the consistency with which he played – despite changing teams and overcoming neck surgery.

Most games with 20+ pass completions, both season and career

Most games with at least 80% pass completion rate, career

Most games with 400+ yards passing and no interceptions, season (tied with Peyton Manning)

Most passing yards, season, both home & away

Most games with 30+ completions and no interceptions, season (tied with Tom Brady)

Brees flies below the radar as far as the GOAT conversation goes. His achievements seem to be minimized because of the Saints’ lack of regular and post season success (Brees did lead the 2009 Saints to a victory in Super Bowl XLIV – earning him his only Super Bowl ring and MVP award). Although Brees has not had the game winning success that Brady has, he has managed to top the charts on many season and career statistics. Brees was drafted with the last pick in the 2nd round one year after Brady and he’s about to sign a 2-year contract extension. He looks good and he could potentially be around longer than Brady. Keep your eyes on Drew and ears on Tom this season. If Brady hints at retirement and Brees is still going strong I can guarantee you the focus of the great GOAT debate will start to shift.

Most regular season wins by a starting quarterback

Most games with at least 75% pass completion rate, season

Most games with at least 75% pass completion rate and no interceptions, season

Most games with 50+ pass attempts and no interceptions, career

Most games with 350+ yards passing and no interceptions, season

Most games with 30+ completions and no interceptions, season (tied with Drew Brees)

Most consecutive passes attempted with no interceptions

All in all, Brady’s most impressive records are those for starts, wins, and playoff performances. Looking at the records he holds its clear he has had a string of great seasons with some unreal games. His individual season and career stats are impressive, but not as much as Manning or Brees. If Brady did not have the playoff and Super Bowl performances under his belt, then no one would be having this conversation. Again, one man does not win games all alone. Reaching the playoffs and bringing home the Lombardi is a team accomplishment. He deserves all of the rings he has, but he doesn’t deserve the title of GOAT.

I’ve included a few of these honorable mentions for one reason. Don’t sleep on Aaron Rodgers. He’s arguably the best QB in the league with years left in his career (sorry, Chi-town). If anyone is going to shake up the GOAT debate in the future, it’s this guy.

** SIDE NOTE: Fuck Brett Favre for not teaching him and refusing to speak to him! Why don’t you go send your dick to another Instagram model you old fuck!

Sure, Toms got some great numbers, but Brees has been playing almost as long and has put up bigger numbers despite there being a revolving door in the Saints’ locker room for pass catchers. In terms of all time achievement Peyton Manning has stats truly worthy of the title of GOAT.

Tom has facilitated the Patriots in becoming a powerhouse, no doubt. However, he is clearly not the greatest QB of all time when you compare his individual stats with the likes of Peyton Manning, Drew Brees, Dan Marino, and Aaron Rodgers. Right now, all of the talk about Tom Brady being the GOAT is simply hype. He’s been consistent while playing in the league going on 18 years now. Children that were born the year he was drafted (6th round pick #199) are now old enough to buy cigs and make bad decisions. Pundits are going to say he’s the greatest because there’s no other active QB’s who have been around as long. Isn’t it coincidental that all this talk of the GOAT starts just after Peyton Manning retires? What happens when Brady goes out to pasture – will we turn to someone else as our new supreme icon? So, next time someone tells you Tom Brady is a football playing demi-god molded in clay from Mount Olympus just remind them that he is just a regular mortal. Unless that person is a Pats fan – this is a reality they cannot accept.