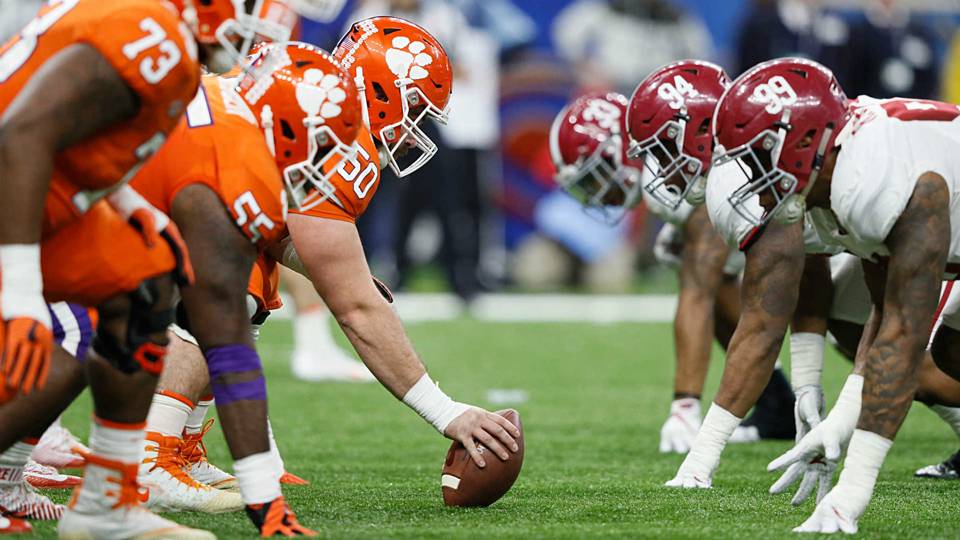 Look, there’s a reason the College Football Playoff Committee waits until November to release their first set of rankings. During the summer leading up to the start of the season, every team is, essentially, a mirage. No matter how sure you feel that a group has finally put it all together, you really don’t know how good they truly are until a few games into the season (Example: How many times have we heard that THIS is the year Tennessee has finally cracked the formula? 🤣🤣 ). By then, most teams have coalesced into what they are going to be for the year and you can most accurately determine their strengths and weaknesses. This is also why losing late is always worse than losing early, because by then, you’re no longer given the benefit of just finding your feet.

So, with all that said, let’s just throw all that in the trash and go into our picks for the top four playoff contenders of the 2018-19 season.

While Ohio State may be the favorite coming out of the Big Ten East, they’ll be hitting the field without many of the pieces that made them so scary last year. Plus, isn’t it about time for another Urban Meyer panic attack/heart attack? Also, He’s been there for six years….there’s gotta be a murderer or two on that team by now.

Meanwhile, Michigan State will be coming back with almost every significant piece of their 9 win 2017 team. Add that with a slightly easier schedule which consists of seven home games, and Michigan State is very much in the race to return to the CFP.

Yes, this may not be a shocking or fun choice, so let’s just get it out of the way. Alabama is once again on top of the football world and it doesn’t look like they’re going anywhere next season. All the arguments you’d usually use to say a Championship team has lost a step never really apply to Alabama. Lost players to the draft? They do that every year. Coaches went to other schools? Saban is 12-0 versus his former assistants. In the middle of a QB battle? Alabama is currently choosing between their junior QB who has twice lead them to the Championship game and a second-year prodigy who gun slanged his way to a National Title and into the College Football history books. Plus, Saban sold his soul to the devil in 2007.

So, even though you might not think it’s a fun choice, barring any unforeseen circumstances, it’s the right one.

Another one you’re probably sick of, but we don’t make these lists to shock you…so fuck you. Clemson finished last year with only two losses, one due to their starting QB leaving the game due to a concussion, and the other was an absolute drumming from the National Champs. All in all, they had a great season and Clemson appears to be poised for a return to the playoffs this year.

After all, while starting QB Bryant showed flashes of brilliance, he has Trevor Lawrence, the number 1 overall player of the 2018 recruiting class, breathing down his neck. Add Hunter Renfrow to all that arm power, a defensive line where practically every single player is projected to go in the first round of the 2019 draft, and Clemson is sitting pretty going into this season.

This past season, Wisconsin came up just short in the Big Ten Championship Game. Had they won, they were practically guaranteed a spot in the CFP and most likely would’ve kept out eventual Champions, Alabama.

They’ll have some time to get it together though as they’ll be playing through a schedule with only two heavy hitters in Michigan and Penn State.

Okay, so here’s where we’re going to have a bit of fun with it. It would be easy to just stick Georgia or Ohio State in this spot and call it a day, but let’s pretend for a moment that the committee isn’t going to let single conferences dominate the top four spots again.

The Pac-12 Washington Huskies are coming off consecutive ten win seasons, one of which earned them a spot in the 2016 College Football Playoffs. This year, they have sixteen returning starters from the 2017 squad including all of their lights out secondary.

Also, while QB Jake Browning saw his TD count drop from 49 in 2016 to 18 in 2017, he still managed to post ten wins with a receiving core that was decimated by injuries.

Get this team healthy and at least one deep ball threat, and you have an offense that can score at will with a solid defense. That’s your fourth playoff team right there.