What does Craig Kimbrel mean for the Cubs’ bullpen? 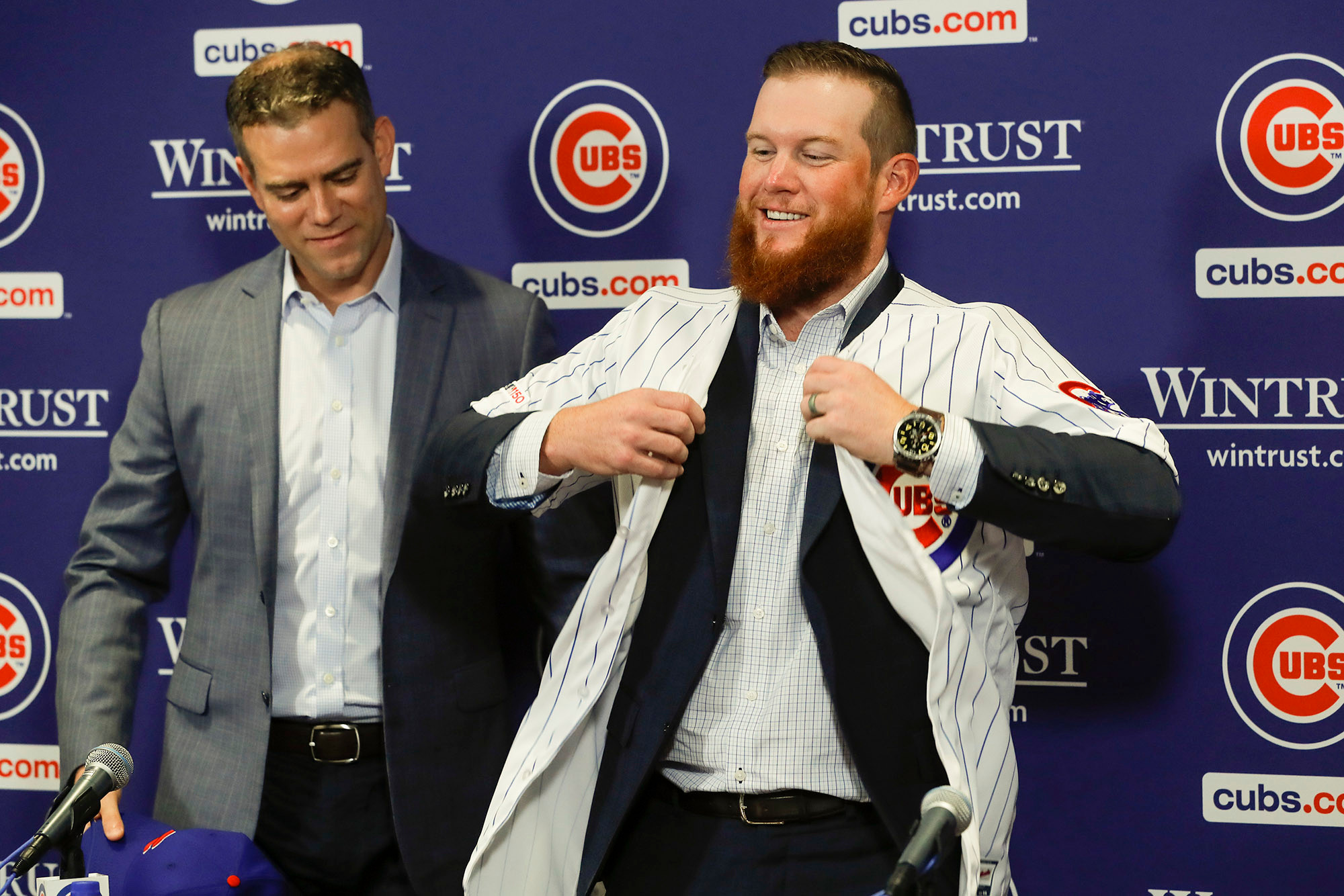 Throughout the offseason leading up to the 2019 season, many Chicago Cubs fans were clamoring for Theo Epstein to reach into the pocket of Tom Ricketts. They wanted him to shell out for additions to an already-strong Cubs team. The response? “We don’t have any more” to spend.

Then the season began, and those calls for a high-caliber reliever only grew louder.

First, Pedro Strop was injured in Spring Training. He pitched for the Cubs early but wound up on the shelf in May after his hamstring acted up again. Brandon Morrow suffered another setback in his return, leading some to wonder if he’d ever pitch for the Cubs. And the Cubs bullpen blew save after save.

They compiled 12 blown saves in total. That’s good for second in the MLB in a stat that, despite its deep flaws, is cause for concern on an otherwise playoff-caliber squad.

But finally, mere days after the draft pick compensation attached to him expired, the Cubs pulled the trigger on signing Craig Kimbrel, a fireballing closer with a scraggly beard who, even in a down year last season, saved 42 games with only five blown opportunities.

Here’s what that means for this Cubs team.

It was no secret to anybody that the Cubs needed bullpen help—badly. Even overlooking all the problems laid out above, the bullpen is chock-full of guys who, while perfectly capable of getting guys out, aren’t really fear-inducing and lining up to strike hitters out the way a lights-out closer is.

The closest thing to a closer in that bullpen is Pedro Strop. Yet despite his very successful career in Cubbie blue, Strop has really been more of a setup guy, closing only when needed due to injury or fatigue.

And while the relief corps has managed to get outs with decent success (managing the fifth-best bullpen ERA in the National League (4.14) despite being shorthanded). The Cubs bullpen (and Cubs pitching in general) has struggled to generate swings and misses.

The reliever with the highest strikeout rate on the club, surprisingly, is Kyle Ryan at 10.8 K/9. Behind him is Steve Cishek at 9.7 (and he’s generously listed as the Cubs’ closer on Baseball-Reference).

Brad Brach’s strikeout rate of 9.5 K/9 is fine, but let’s just say his accompanying 8.0 BB/9 does not inspire confidence.

But honestly, come on, you came here to read about Kimbrel’s strikeout rate and I’m here to tell you it’s fucking 14.7 over his career.

Even after dipping to 13.9 K/9 last year, Kimbrel is an unquestionably elite strikeout pitcher, and his rate would be the highest on the Cubs’ roster by a wide margin, giving the bullpen some much-needed swagger.

In a one-run game with runners on base, you need a guy who can trot out there, do his weird scarecrow impersonation, and blow 97-MPH fastballs and knucklecurves right past the best hitters in the league.

That, friends, is what Craig Kimbrel is here to do.

The way bullpens work, adding a lockdown closer is about the surest way to make the whole group much deeper—because everyone behind him cycles up an inning.

Strop can return to his role as thriving setup man. And rubber-armed Steve Cishek (who’s 6’6”, by the way, if you didn’t know) becomes a middle reliever, likely the usual seventh inning option unless the Cubs want to keep Strop from pitching back-to-back days for a while.

Somewhere in that mix comes Carl Edwards Jr., who has looked like his dominant self after spending time in Iowa. Since returning, he’s given up just 3 ER in 13.2 innings (1.98 ERA) with 15 strikeouts and just three walks.

Guys like Kintzler and Ryan, meanwhile, can go back to being the specialist options they’re meant to be, with Kintzler coming in to get balls on the ground and Ryan as an option for tough lefties.

The Kimbrel signing is about so much more than the ninth inning. That’s because, when you have “A Guy” for the ninth inning, everyone else who’s had to pull duty as closer moves up a frame, to the seventh and eighth.

With Kimbrel on the roster, teams will have a tough assignment if they’re trailing in the ninth inning. But with Strop, Cishek, Edwards, and company, good luck scoring after the sixth.

For the most part, the Kimbrel signing just costs money. The Cubs waited out his attached draft pick compensation, and while it is a multi-year deal, the end of Kimbrel’s signing coincides nicely with the impending free agencies of guys like Kris Bryant, Javy Báez, and Jon Lester.

There’s only so much room on the roster for Kimbrel, though. Kyle Ryan is the only moderately expendable bullpen piece with options, but the Cubs aren’t about to send down their only effective lefty.

To be honest, there’s not much deliberation to be had here: The clear odd man out once Kimbrel is up to game speed is Brad Brach. His strikeout numbers are decent, but his walks aren’t, and neither is his 5.11 ERA.

There’s just no two ways about it: Games like Wednesday against the Rockies, where the Cubs nearly lost a five-run lead entirely because of Brach, make him clearly expendable. The question isn’t really “who goes?” at this point—it’s “how much longer do we have to see Brach pitch in winnable games?”

With no remaining options, the Cubs would have to hope Brach clears waivers to get him to Iowa, and enough teams are desperate for bullpen help that someone would inevitably make a claim.

But whether by demotion, trade, or waiver claim, Brach’s days in a Cubs uniform are likely numbered.

Despite the Chicken Littles out there, a Brandon Morrow return isn’t impossible, and it seems reasonably likely given the sheer amount of money he’s making. Optimistic timetables have him looking at a possible July return, and even if that’s not true, making it back in August leaves him plenty of time to be useful as what would be, effectively, a trade deadline acquisition.

Many may wonder about his potential usefulness and durability following nearly a year on the shelf, but there’s one important mantra to remember: Relievers are fickle. Injuries and ineffectiveness happen, especially to relievers—so if Morrow is halfway decent, he may yet find a place, and he has the upside to still be dominant.

However you slice it, a bullpen featuring a trio of Kimbrel, Strop, and a healthy Morrow (along with a strong cast of middle relievers) is one that can rival even the fabled Royals ‘pen of 2014 and 2015. You know—the pen that led them to consecutive World Series appearances.

It may not come to pass, of course. Morrow has to get healthy, and Kimbrel has to work his way up to being ready to face MLB hitters. Strop has to stay on the roster, and Edwards has to stay on his game. Cishek’s arm needs to not fall off.

But the only reason any of this is possible is because of the Kimbrel signing. This is a move that’s about far more than netting a dominant closer. It’s about building the best bullpen in the league—and turning the team’s biggest weakness into an October-ready strength.