What to expect from Mitch Trubisky 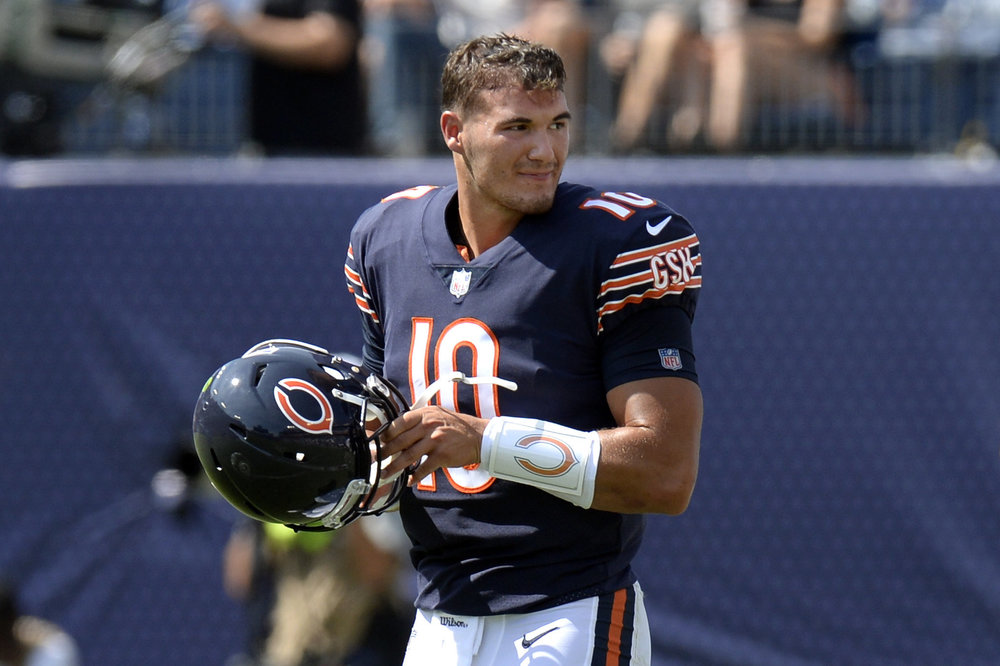 When the Bears aggressively traded up one spot in the 2017 draft to get Mitchell Trubisky, they were looking for their first successful Hail Mary in almost a decade. After all, Trubisky was a player with a lot of questions around him at the time, having only started thirteen games in his short career at UNC. Why would the front office burn three future picks in order to draft this guy?

Well, for starters, Mike Glennon was never going to be “the guy” in Chicago. In fact, let’s not sugar coat it, Glennon was trash. Really expensive trash. Really ugly garbage. You get the point. Glennon had made a career in Tampa Bay out of being the quarterback you put in when you had no other options. It just never translated to on field heroics. I guess you could say he had an arm, but he never moved confidently enough to be on the top of the depth chart. Pair that with a head coach that was never notified of the forward pass, and you can see why he wasn’t a marquee name.

So, the Bears had to make a move to get the QB of the future, knowing that Glennon would be merely a Band-Aid for an offense that never clicked in the passing game the season before.

Trubisky on the other hand, showed some real upside during his pre-draft combine. Demonstrating the size, release speed, and an ability to improvise on the fly that would be right at home in a city of improvisers, the Bears decided to make an aggressive move to avoid the 49ers snatching him up. (The 49ers, ended up being just fine in this regard – trading the Patriots for Tom Brady back-up and Tiger-Beat heartthrob Jimmy Garoppolo).

The benefit of hindsight may have many people regretting the aggressive move as Deshaun Wastson, the College Football Playoff National Championship winning quarterback went off the board at 12, meaning the Bears could have waited and potentially gotten one of the highest valued quarterbacks of the 2017 season (before he went down with an ACL tear midway through the season). Deshaun was a superstar for the Houston Texans and easily breezed past rookie of the year consideration and into MVP candidacy with his out of this world play making ability.

The Bears instead, planned to develop Trubisky as the QB of the future. The hope being that

he could take over the offense in a season or two.

The timetable was moved up after an impressive preseason and Mike Glennon showing off the skills that had previously got him benched in favor of Josh McCown. I repeat…the man got benched in favor of JOSH MCCOWN. Mitch started game five of the 2017 season, and the results were mixed. Trubisky ended his 12 starts with seven touchdowns and seven interceptions.

However, this performance wasn’t created in a vacuum. This was, after all, Mitch’s very first season in the NFL after having only started 13 games with UNC. He also managed to keep his head above water with a coach that never saw a situation that didn’t call for a run play and a string of wide receivers that talent wise were only a step above calling down a random fan to run a series.

The Bears ended the year with their third losing season in a row. This led to the end of the ill-conceived John Fox era in Chicago. The front office now had to begin making the changes necessary for turning Trubisky into a winning QB.Luckily for them, they already had a perfect blueprint with which to work off of in the 2017 L.A Rams.

After Jared Goff was selected with the first overall pick to the L.A Rams, many Rams fans buried their head in their hands as they watched Carson Wentz shock the league with his arm and football IQ. Goff was seen as a bust after he ended the 2016 season with seven touchdowns to five interceptions.

Instead of panicking, the front office went all in on Goff. Jeff Fisher, who had built a home in the middle of the road, was replace by former Redskin OC Sean McVay as his replacement. The team invested heavily in the O-line and brought in a number of receivers to assist the young QB.

The 2018 off-season has seen the Bears installing a new head coach that can develop a well-rounded offense in Matt Nagy, as well as a slew of new wide receivers to help Trubisky open it up in 2018. Whereas before, Trubisky’s biggest receiving threat was running back Tarik Cohen, he’ll now be airing it out to the likes of Allen Robinson, Taylor Gabriel, Trey Burton, and Anthony Miller.

Combine that with the one two punch of running backs Jordan Howard and Cohen, and you have an offense with all the ingredients to do a complete 180 next season. Trubisky has the tools he needs, the question now: is he is who we hope he is?