With Lester regressing hard, the Cubs badly need other starters to step up 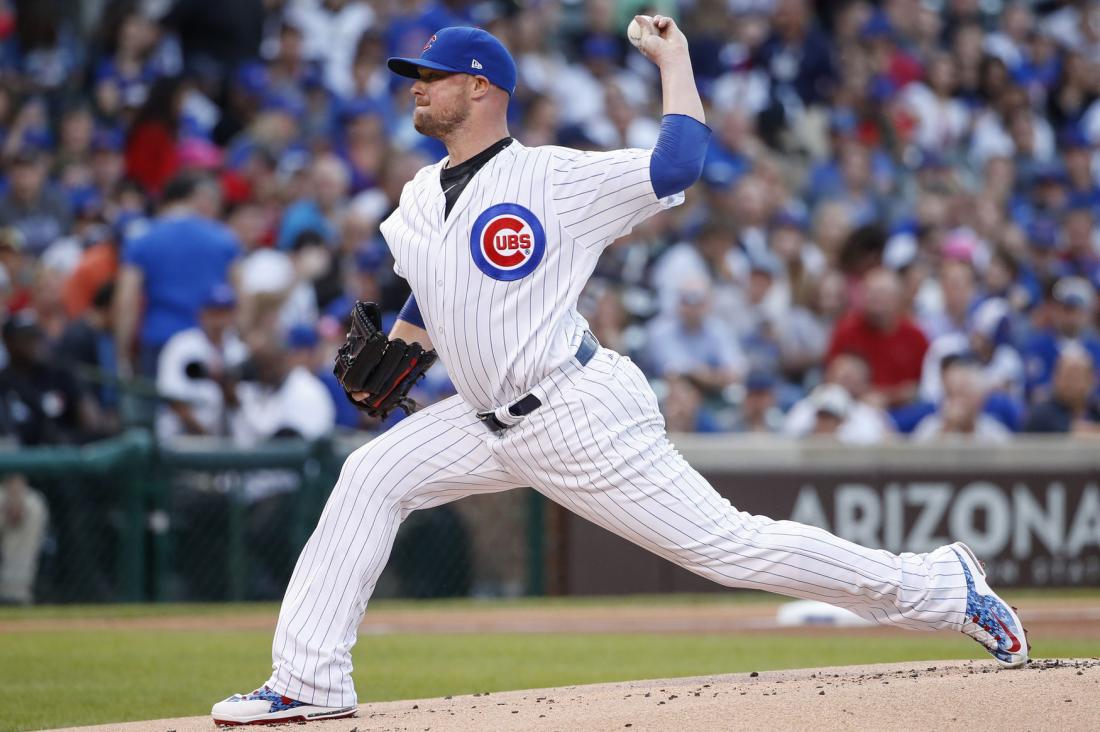 I think we all knew, to some degree, that Jon Lester’s first half performance was an illusion.

It wasn’t a particularly convincing illusion either – beneath that sparkling 2.18 ERA he put up through June 2018 lay a FIP* nearly two runs higher, at 4.14.

It was the largest FIP/ERA split for any qualified starter at the time, and it wasn’t going to last – not with an unsustainable .234 BABIP, 60 points below his career mark.

With the Cubs’ rotation on pace for perhaps the worst showing the franchise has ever seen (since 1974), Lester regressing to his peripheral numbers didn’t seem like something the Cubs would be able to deal with. Now, though, they’ll have to.

The bad and the ugly, all rolled into one: Lester’s regression

Statheads and sabermetricians talk about regression and peripherals a whole lot, but players getting back to their norms or expected levels is nothing new.

The Cubs have experienced some of this already, the most notable case being Anthony Rizzo. Remember when he was hitting below .200? Since his horrendous April, he’s been an above-average hitter each calendar month, turned into a weirdly dependable leadoff hitter, and brought his overall numbers within shouting distance of his career norms.

So when a player is doing something unheard of, it makes you think there might be a reason you’ve never heard of it.

Someone must have thought that, looked under the curtain on Jon Lester’s season, and realized, “Yeah, hey, there’s not actually anything here, just some old dude running a projector against a big curtain or something.” Maybe that was the Wizard of Oz, but the point still stands: Since July 1, Lester’s sporting a 6.81 ERA and an unholy 6.66 FIP.

Oh, and that’s not including yesterday’s start, when he coughed up 9 R (8 ER) in only 3.2 IP, getting Cubs fans a look at two other rotation pieces coming out of the bullpen in the form of Chatwood and Montgomery.

For a while, Lester seemed like the only stable part of an incredibly shaky starting rotation. With him gone, who can step up?

I wrote about second-half Kyle Hendricks a few weeks ago as one of the reasons why the Cubs could be even better this half than they were below the All-Star Break.

And while it still hasn’t all clicked for this team as a whole (keeping my fingers crossed for the triumphant returns of Bryant and Darvish), it has for Hendricks – in a big way.

While his ERA has only been half a run lower since July 1 (4.21 before, 3.66 since), he’s actually experiencing some bad BABIP luck, with a .341 BABIP against post-June – much higher than his .276 mark over the course of his career.

What does all this mean?

Well, while Lester is trending down, the Professor is taking charge – appropriate enough as the school year rolls around in the fall.

The unknown: Q and Hamels

One steps down, one steps in – but doesn’t that put the Cubs right back where they started?

Probably, which means someone else has to find it, too – and it’s hard to say who that might be.

Quintana strung together several good starts in July, then was touched up for 6 ER in his last start of the month – against St. Louis, of all teams. Jesus Christ….

He seemed to have it figured out against the Padres and then the Royals – but after 6 innings of 2-run baseball against the latter, he trotted to the mound for the seventh inning and promptly gave up a three-run homer. Is Quintana finding it? Or will he continue being a rollercoaster?

Hamels, on the other hand, seems to be enjoying his change of scenery, giving up just 1 ER in his first two starts as a Chicago Cub and posting the two highest game scores he’s had (65 and 58) since June 19 against those same Royals. His velocity is where it’s always been, and nothing really seems like an illusion.

The Cubs seem to have lost their ace – so maybe Hamels can find his star again.

Someone has to, anyway.

FIP: Fielding Independent Pitching converts a pitcher’s three true outcomes into an earned run average-like number. The formula is (13*HR+3*(HBP+BB)-2*K)/IP, plus a constant (usually around 3.2) to put it on the same scale as earned run average.