Cubs Corner: Week 8 – A Team with One Real Flaw 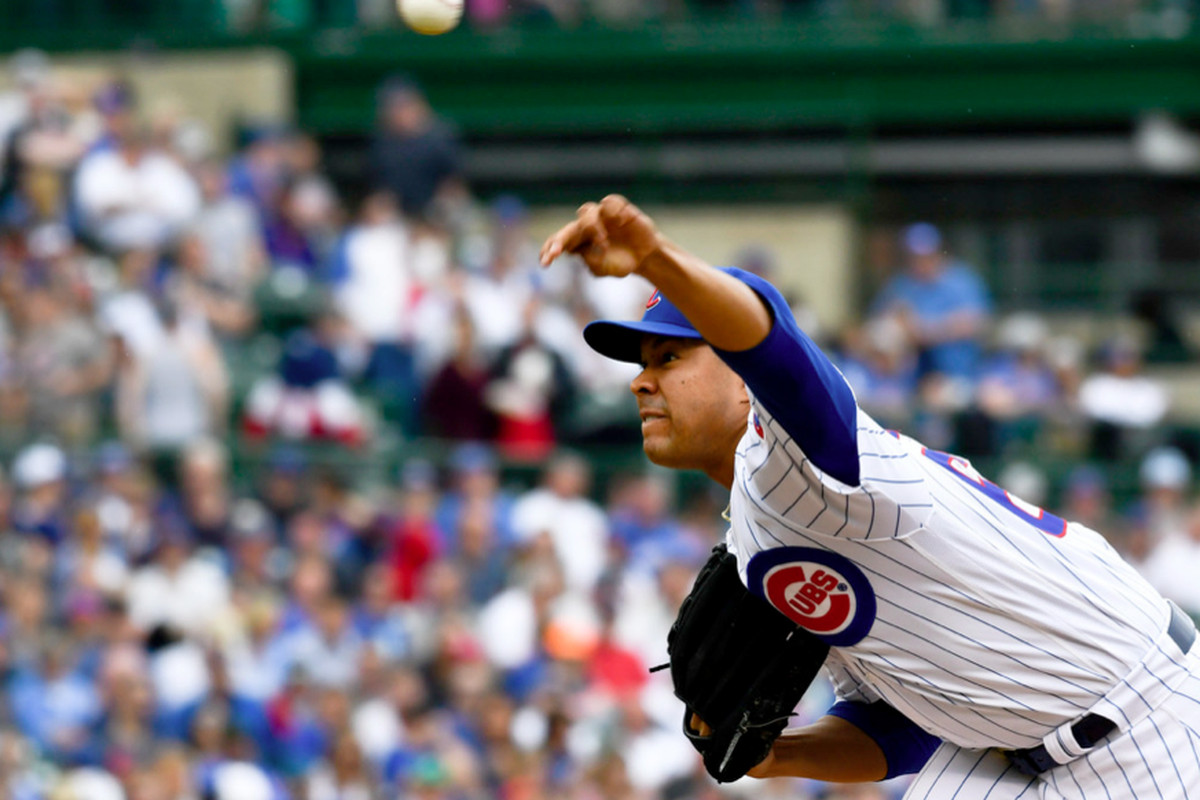 The Cubs split one series and lost another, turning in a 3-4 home stand fraught with bullpen struggles

Last week, the Cubs treaded water in the division, playing .500 ball to kick off a long stretch of games with very few days off. Weeks like that happen to every team. The Cubs maintained their divisional lead, and the culprit didn’t seem to be any one thing.

However, this week the Cubs played less like a good team having a subpar week and more like a mediocre team having a bad one. They aren’t a mediocre team, not really, but the one obvious flaw that got them off to a 2-7 start – the bullpen – reared its ugly head once more, blowing leads and generally giving up runs late.

The Cubs still hold a 0.5 game lead over Milwaukee heading into tonight. But that feels a lot more tenuous than their slim lead has at other times.

Let’s get into it.

The Phillies look like real contenders in 2019. They are off to a 31-22 start after a 2018 season that saw them fade down the stretch. They finished with a 80-82 record and a disappointing third-place finish in the NL East.

Flash to Wrigley for a four-game set. While 2-2 isn’t the worst outcome against a good team, the Cubs missed a lot of opportunities to have a more dominant series.

The first game featured a Jake Arrieta vs. Yu Darvish matchup that pretty much went to waste. Darvish was solid through six innings. He showed signs of being the guy the Cubs thought they were getting. While Arrieta only gave up one run, the Cubs missed numerous opportunities to push more runs home. SMH.

The Cubs took the lead on a wacky hit by Daniel Descalso (who’s totally not a dentist wearing a baseball uniform), but for the first time in this recap, the bullpen coughed up the lead and then the game, 5-4. Blown save counter: 1.

Game two looked much like the first, with starters José Quintana and Zach Eflin looking solid through six innings (the latter thanks to more missed scoring opportunities by the Cubs). The bullpen again coughed up the lead, this time in the seventh. Blown save counter: 2.

But the offense came through in the ninth, with El Mago hobbling off the bench to give the Cubs a 3-2 win.

The third game was all Cubs, with the Northsiders smashing three homers (including Anthony Rizzo’s three-run shot that broke part of the Budweiser sign) en route to an 8-4 W. Cole Hamels only managed four innings and has looked much… older lately.

And speaking of looking older, fellow old man Jon Lester got knocked around for 7 R (4 ER) in 4 IP in the finale, the Cubs’ late comeback coming up short in a 9-7 final.

Two wins against a playoff-caliber team isn’t bad, but it’s hard to swallow when it easily could have been a three of four confidence-booster.

Second verse, same as the first

The Cubs got ambushed by the Reds last week in Cincinnati. Dropping two of three. Perhaps they didn’t realize that this last-place team is actually a bit better than they look. Whatever lessons they learned, though, didn’t seem to help at Wrigley, as the Cubs again lost two of three to the Redlegs.

In the first game, things looked relatively good. Kyle Hendricks cruised through three perfect innings, his offense building up an early 4-0 lead. But then the Reds began chipping away, closing the gap to 4-3 after six, with Hendricks exiting the ballgame after that.

Then the bullpen stepped in. Brach let in the tying run in the seventh and I still can’t fathom why he’s being used in high-leverage situations. Blown save counter: 3. But the Cubs scratched across another run for a 5-4 lead entering the ninth and oh come on they did it again! Blown save counter: 4.

Following that 6-5 loss, Joe Maddon tried his damndest to have Darvish be the only pitcher taking the mound in the second game. While his line doesn’t look great – 6 ER in 7 IP – the last of those runs was given up when Maddon asked him to try getting outs in the eighth. This is after he’d already thrown 100 pitches.

Luckily, the Cubs offense was on that day, smacking three homers and scoring eight runs to fend off the Reds 8-6. And hey, no blown saves!

The bullpen didn’t blow any saves in the finale. That was because Quintana was busy giving up six runs and the offense was busy blowing run-scoring opportunities against Reds starter Tanner Roark. It was a 10-2 final and catcher Vic Caratini pitched that’s all I have to say about that.

The Cubs will try to right the ship against the Astros before (mercifully) enjoying an off-day on Thursday. They’ll follow that up with a weekend set in St. Louis against the plummeting Cardinals.

It’s sort of cheating to predict the results of the Houston series, since the Cubs already lost the first game. That being said, I would have guessed dropping two of three regardless. I’ll hope for the Cubs to prove me wrong in the last two games. But they’ve looked flat toward the end of May. Plus, the Astros are once again among the AL’s best teams.

The Cardinals, meanwhile, are trending downward. They are putting up a 4-9 record since the Cubs swept them in Chicago. With the Cubs coming out of an off-day following a rough couple weeks of baseball, look for them to regain their momentum in boring St. Louis and at least take two of three.