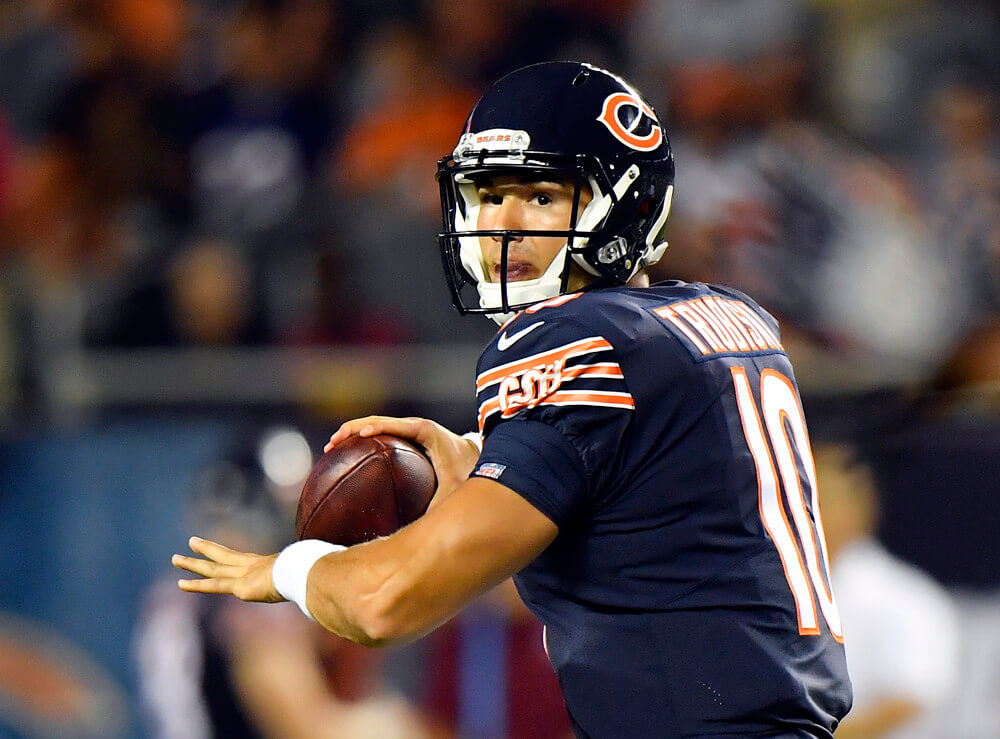 Last week’s victory over the Seahawks sparked some hope in Bears fans, and for good reason – the defense was monstrous. Mack was still every bit as-advertised, and the offense, while shaky, showed good signs early in the game. The next step was to address some of the remaining question marks against the sputtering Arizona Cardinals and see if the team could really get rolling.

Instead, the Bears barely survived a cupcake team, winning 16-14 almost entirely because of their playmaking defense, and made it abundantly clear that this first-place team (seriously?) will need a lot more than Khalil Mack if it’s to measure up against real contenders and make a playoff push beyond this early success.

Unlike Weeks 1 and 2, the Bears offense didn’t score right out of the gate – but Sam Bradford and the Cardinals offense did, as the Bears blew the coverage on a 35-yard touchdown pass. When the Bears failed to respond, missing a field goal from 46 yards and then losing a fumble after forcing the Cardinals to punt, more questionable work in the secondary made the score 14-0, and 14-3 going into the half as the Bears finally managed to scratch together points.

Then the defense showed up.

A deep Bradford pass wound up in the arms of Eddie Jackson, and that defensive play seemed to spark the offense, as two big gains – a 39-yard pass to Robinson and a 17-yard run by Tarik Cohen – allowed Chicago to finally punch it into the end zone.

Another interception on the following Cardinals drive led to a 41-yard field goal when the Bears offense continued to stall, closing the gap to 14-13. And then, when it looked like the Cardinals offense was about to put the game away, driving deep into Bears territory, Mack (who else?) hit a scrambling Bradford to knock the ball loose. The Bears could only manage another field goal, but took the lead, 16-14.

Following that, the Cardinals tried to manufacture a spark by subbing in rookie QB Josh Rosen (because hey, it worked for the Browns, right?). The Bears looked to be bending, but then they picked him off, too. And since the Bears offense couldn’t even manage a first down to seal the game, the defense stepped up one last time, sacking Rosen on the final play of the game.

The Bears offense showed up at least sometimes in Weeks 1 and 2, but it was almost wholly inept against an inept opponent, save for a single drive. Jordan Howard was largely shut down, which allowed the Cardinals to put strong pressure on Trubisky – who even three weeks in has a tendency to react like a terrified rabbit.

The worst instance of this was the sack that set up Cody Parkey’s missed field goal, as Trubisky was met with immense and immediate pressure and opted to run straight backward rather than just go down. It’s the kind of play you expect from a developing QB, and it’s the kind of play Trubisky will need to learn how to handle if the Bears offense is to see any sort of consistent success.

Once again, the Bears defense showed up big time to bail out the offense in the second half. After being beat in the first quarter, they shut the Cardinals down – and when the offense failed to capitalize and flat-out score some damn touchdowns, the defense was there again and again, taking the ball out of the hands of the Cardinals offense.

They even did the offense’s job of running out the clock once the Bears had the lead, as the offense could only put up a pathetic three-and-out, leaving the Cardinals with no timeouts but a nonzero amount (40 seconds) of time on the clock. That’s the bare minimum (no pun intended) that they should be able to do, and they failed.

So while the Bears defense ultimately bought the team another win and catapulted them into first place in the NFC North (enjoy that link while it lasts), the defense-first, offense-??? team from Week 2 didn’t show us anything different – and against the high-caliber Buccaneers next week, it will almost certainly need to.