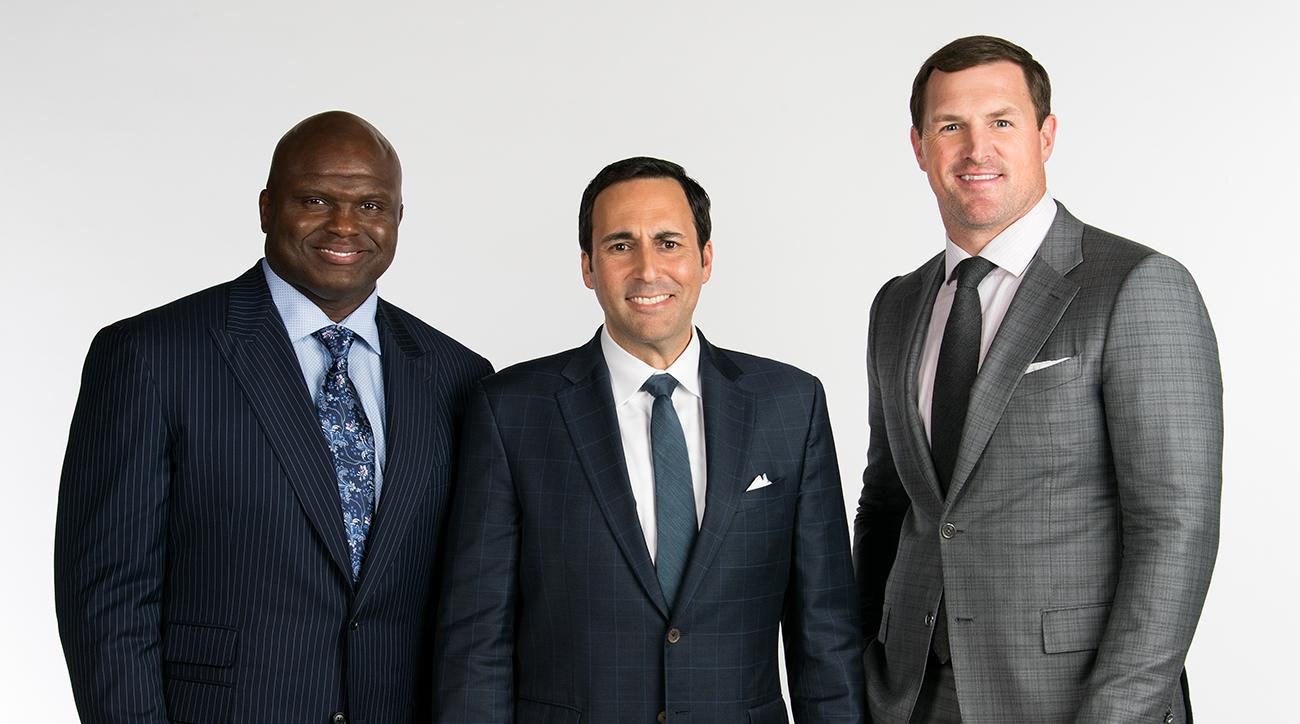 Because of my fantasy team, I have been forced to watch Monday night football every week. I love watching guys like Davante Adams destroy my fantasy hopes. What’s even better – I get to watch these devastating losses being narrated by an announcing crew made of Jason Witten, Booger Mcfarland and Joe Tessitore. It’s actually amazing I haven’t smashed the TV yet.

Jason Witten might possibly be the worst announcer of all time. As an example – last night, Jason Witten praised Belichick for disciplining Josh Gordon by holding him out a quarter. Then guess who trots out…. yeah…Josh Gordon. I mean, I thought Josh Gordon was going to be out as well – but…I’m relying on Twitter. I’m not at the fucking game with sideline sources.

Another great line by this genius: “James White usually gets single coverage” Well Jason – I’ve never seen a double team on someone out of the backfield but I’m not a football expert like you … so I’ll be quiet.

He also has trouble forming simple sentences. My favorite line was when he said Aaron Rodgers pulled a rabbit out of his….head.

ESPN probably thought they were getting Tony Romo – but where Tony Romo is like watching a movie in theaters – Jason Witten is like the VHS bootleg you buy from a guy in a trench coat. You can tell that there might be an announcer in there buried deep down.. but his software wasn’t updated. Plain is simple, Jason Witten makes Brick Tamland look like Albert Einstein.

Oh and then there’s this…

Then we come to Booger Mcfarland. Yes, Booger…ESPN hired a dude named…Booger.

For some odd reason they have him perched in a weird observation cart that rolls around the sidelines. How great would it be to pay for good seats and have this guy roll directly in front of you making comments like “Tom Brady wasn’t a first round pick” Wow! Thanks for the insight Booger! I haven’t been watching for the last 18 years. Don’t talk to me like I’ve never seen football before! What’s next? Is there a TE on the field that used to play basketball in college?

Also, the man has freakish hands that scare the bejeezus out of me. I mean it’s Halloween and all but this dude’s hands look like E.T stuck his fingers in a blender.

Joe Tessitore is just collateral damage. I mean, he’s probably really bad too – but my hatred for the other two clowns makes me wish that good ole Joe would talk more.

I guess I’ll just have to suffer all season with this rag tag crew of buffoons because as unfortunate as it is – I’m addicted to fantasy football.