2016 all over again: Kris Bryant is hitting like an MVP 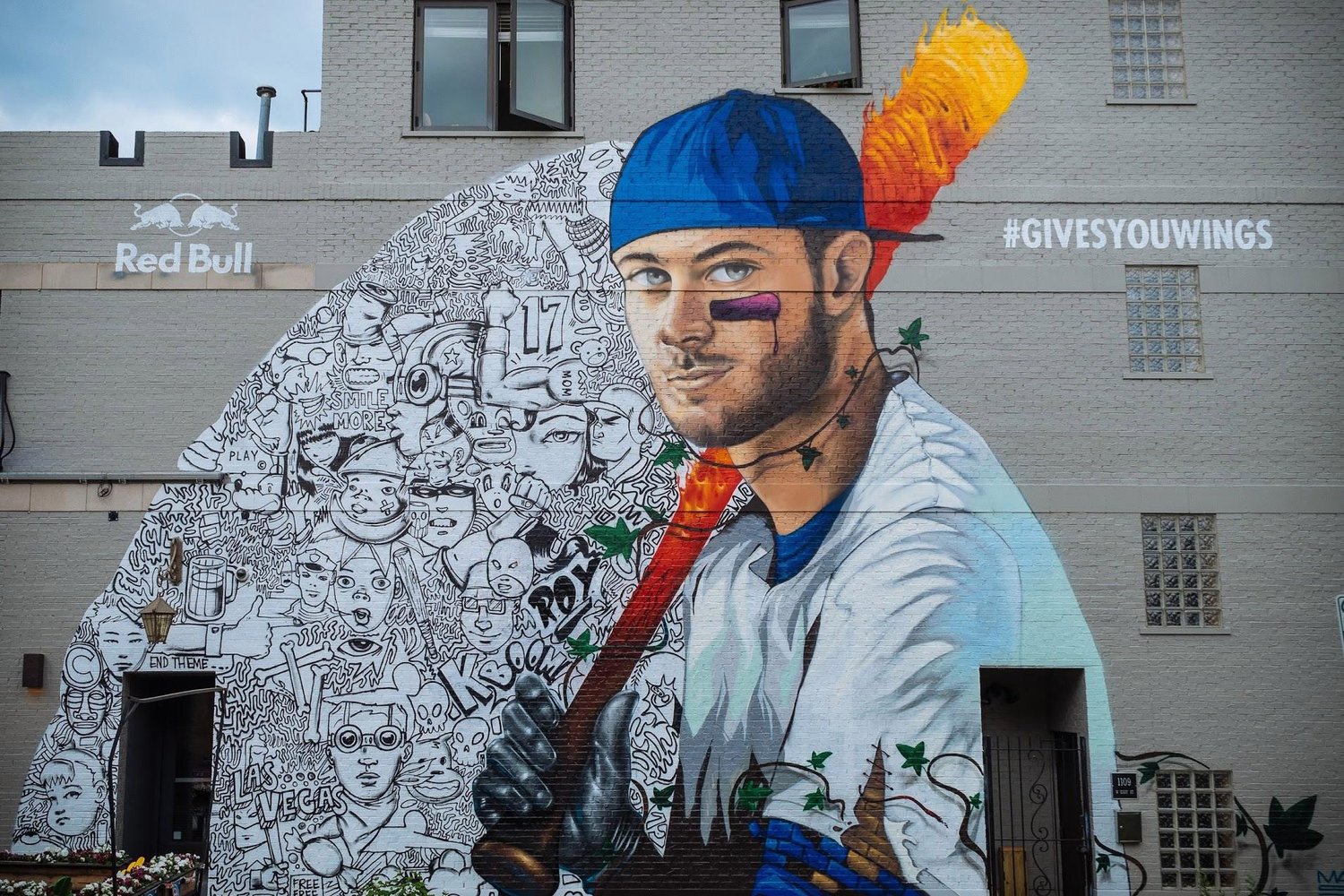 Then, Kris Bryant totally lost it.

For a while, it was unclear when the injury happened, but the general consensus these days is that on May 19, Bryant slid headfirst into second base on a steal, hurting his shoulder in the process.

He spent the rest of the season alternating between sitting on the disabled list (now the IL) and playing through the injury. When he played, he was generally just un-Bryant-like, and many wondered if he’d ever be the same MVP again.

Despite assuring everyone of his health, he started 2019 off cold. He hit a homer on Opening Day, but did little to nothing after that, his OPS bottoming out at .669 on April 17. Some wondered if he’d ever look like the same player again.

So when the Cubs took a trip to Arizona and Bryant started hitting the ball hard again, I took notice. When he started hitting homers again, I kept checking in on his stats, watching them climb.

Several days ago, I checked FanGraphs: The NL leader in fWAR over the past two weeks at that time? Kris Bryant. No other name above his in the league – quite literally, MVP-caliber play.

I sat on this info as he played a couple pedestrian games against the Reds. But after he hit three homers in one game against the Nationals Friday night, tying Javy Báez and Willson Contreras for the team lead, I think it’s pretty safe to say: Kris Bryant is back.

The on-base skills were always there

As it turns out, a gimpy Kris Bryant is still just about an MLB-caliber player – he just doesn’t hit for much power.

From the beginning of June through the end of the season (about three months, since Bryant missed all of August), KB’s OBP stayed at a relatively respectable .348. He OPSed .748 in that span, with a wRC+ of 104.

Is that good? Lord no, not for Bryant. But it is a tick above average (four percent better, because of how wRC+ works), demonstrating that even a physically diminished Bryant can keep his on-base skills intact.

After hitting eight homers in the first two months of the season, Bryant hit just five more the rest of the way in 2018. He was hurt. Even when he was off the DL, Bryant was playing hurt, and it was obvious.

The question, always, was when he’d get his MVP mojo back.

A lot of Cubs players can be streaky at times. Anthony Rizzo is notorious for this. He’ll look like he can’t hit his way out of a paper bag, and then he’ll smack five homers in a week and go on a tear for the rest of the month.

Kris Bryant, to be honest, isn’t much of a streaky player – at least, not in the “cold streak” sense.

Let’s look at it this way: In his career, Bryant has played games in parts of 25 different months. He’s managed a monthly OPS of at least .800 in all but six of those – and four of those six subpar months came in 2018, after his shoulder injury.

But wait, we’re not done here. I said Bryant isn’t streaky, because he doesn’t get on “cold streaks” and almost never looks anything less than good. But he does get hot – and when he gets hot, he absolutely goes off, making MLB pitchers look like they belong in AA.

But the craziest part? He’s not getting lucky. Bryant’s batting average on balls in play (BABIP) in August 2016 was a pretty unsustainable .403, about 60 points higher than his career mark of .341. This month, it’s .343.

A run at MVP

Last year, the Cubs dearly missed Bryant. Javy Báez picked much of the slack, playing in all but three games and putting up 5.3 fWAR. He was the only position player on the Cubs to manage even 4.0 wins above replacement. They had four such players in 2016.

This year, though, the Cubs seem to have Bryant back to his MVP self and Báez showing no signs of slowing down. Of the top 10 NL players in terms of WAR, the Cubs have three: Báez, Bryant, and Willson Contreras. No other NL team even has two.

Remember what I said about checking in on the NL fWAR leaders over the past couple weeks? Well, Bryant’s still at the top of the list – and it’s not close.

He’s put up 1.5 fWAR in May, doubling up early MVP frontrunners like Christian Yelich and Cody Bellinger (0.7 fWAR each in that span). Besides that, no one can hold a candle to his wRC+, his OPS, his OBP, or his SLG – which are all first.

He’s walked more than he’s struck out. And for those tired of all these new metrics and confusing stats, his May home run total (8) is tops in the NL so far.

Kris Bryant is playing out of his mind and looking like an MVP in the process. On a Cubs offense that was already filled with capable hitters, he’s been an unstoppable force.

And he’s not getting lucky. He’s just this fucking good.