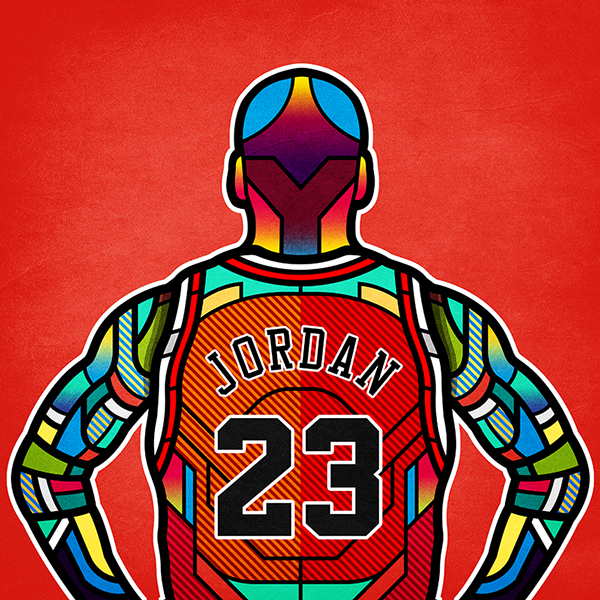 If you live in Chicago and think Lebron is better than Michael Jordan, you can leave. As Scar told Simba – Run away. Run. Run away, and never return. Bitch. (may have added that last part)

We are talking about a man so dedicated to winning, that he was willing to cheat an old lady out of a card game. This is a man who mentally ruined Mugsy Bogues by calling him a fucking midget. For god sakes, he used to punch his teammates in the face if they didn’t knock down open J’s! Basically, he was a psychopath….and I like that.

While Lebron was eloquently offering his condolences to Gregg Popovich’s recently deceased wife on TNT, I couldn’t help but think Jordan would have responded “ Forget her, dying is for losers.”

Whenever I get into this argument, Lebron groupies act like I am dissing him. I AM NOT. I would like to state for the record: I KNOW LEBRON IS AMAZING! He is on my list as the second best player of all time. This is a big step for me because my favorite player is Kobe. I’m in love with him. Like literally, I’d go gay. So, for me to say Lebron James is better than him, proves my objectivity.

This is usually the spot in the argument when those same groupies bust out their calculators and excel sheets to show me that according to Euler’s equation, Lebron actually IS better than Michael. How foolish of me. I must have forgotten the remainder when I divided those integers. I’ll back off……

Oh…wait…LEBRON JAMES LOST TO THE GERIATRIC MAVS! Dirk Nowitzki was literally 70 years old in that Finals series. Jason Kidd was his father. I implore you to watch Lebron in Game 2 of that series (Mavs/Heat Game 2) After that game he crumbled. Just like he always does. He was lost and couldn’t find his way back from the sunken place. Then, after getting spanked on national TV, basically said f%*k you to everyone with this quote: “At the end of the day, Ummmm, all the people who are rooting for me to fail, ummm, at the end of the day, they have to wake up tomorrow and have the same life that they had before they woke up today, they got the same personal problems they had, today. You know, and I’m gonna continue to live the way I want to live, and continue to do the things I wanna do with me and my family …they gotta get back to the real world at some point.”

My main point is this – Jordan would have never lost to that Dallas Mavericks team. Period. Lebron is the only person I know that can consistently lose in Finals series and still get the benefit of the doubt.

Not to mention, Lebron is actually just a terrible person. I’m serious. Don’t get me wrong, he has a great PR team. Luckily I am in the business and know the difference between bullshit and genuine moves. Everything Lebron does is complete bullshit.

The Decision was one of the worst/most selfish things you could have ever “witnessed” (see what I did there). The move back to Cleveland wasn’t because he wanted to amend his sins. It was because he knew that Chris Bosh had blood clots and D-Wade was on the downslope. He saw Kyrie. He knew he could get Kevin. Then he ditched Miami like he ditches everything. Jordan didn’t have to go anywhere.

Now, I know Jordan was a horrendous human being as well. That being said, at least he was honest about it! He cheated on his wife, made no social justice commitment, and gambled like a mad man. He never hid any of it! He was a monster who beat the monstars. He was an animal. I love that! More important – he never made excuses.

UPDATE: Lebron literally walked out of the locker room, after getting gang raped by the 2018 Warriors, with a cast on his hand. Really? You need more sympathy you fucking deplorable ass clown? You didn’t need more sympathy. You had it. Then you pulled a Lebron and said “I broke my hand in game one”

NEWS FLASH LEBRON: You could have had the infinity gauntlet hand from the Avengers and still would have lost. The cast was a bum move. Lebron should be ashamed of himself. Always has and always will be a sore loser – this year with the cast – 2009 when he wouldn’t shake hands with the Orlando Magic. Oh, btw, he also wore a New York Yankees cap that year. Bandwagon much? Loser.

Jordan just won. Didn’t need excuses. Didn’t need a super team. He just won. So as you watch Lebron jump to the Rockets or 76ers, just remember there was one man who did it his own way. No, not Frank Sinatra. Michael Motherfucking Jordan. Bitch (full circle)