MLB All Star Game: Which Cubs are worthy starters? 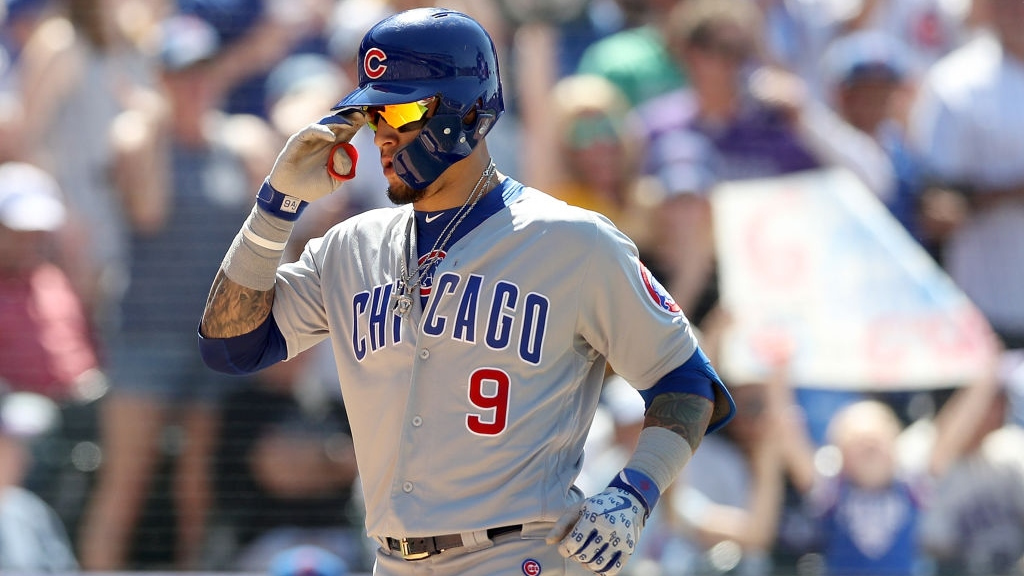 Seven Cubs made it to the new Starters Election, but some are more worthy than others

MLB is shaking up how players are selected for the All-Star Game this season, with multiple rounds of voting implemented to narrow down the respective leagues’ starting lineups.

In the first round of voting, fans could vote for any player per usual. Following that vote, however, vote totals have been reset in preparation for one more round: the Starters Election.

For this round, which runs for only 28 hours from now until 3 p.m. (CT) on June 27, fans may pick from one of three players at each position, as MLB hopes to limit the popularity-contest nature of the selection process and pick the truly talented.

Everyone gets one vote, and it’s important to make that count. So before you head off to the polls, let’s take a look at which Cubs are on the ballot – and who’s worthy of representing the Cubs at this year’s Midsummer Classic.

The Cubs’ total of seven nominees is tied for the most of any MLB team along with the Atlanta Braves and Houston Astros, which speaks to the wide appeal of the team and the loyal support among Cubs fans that we already know about.

Among NL infielders, Báez and Contreras had two of the three highest vote totals, while the Cubs outfielders (Schwarber, Almora, and Heyward) just snuck onto the final ballot.

So who’s deserving of appearing on your ballot? Let’s take a look.

The shoo-ins: Javy and Willson

Perhaps unsurprisingly, the most deserving Cubs finalists by far are the ones who commanded nearly 5 million votes between them: Javy Báez and Willson Contreras.

Following an MVP-caliber season, and in spite of many predictions of a letdown season, Báez hasn’t showed any signs of slowing down. He’s compiled 3.0 WAR, according to FanGraphs, the highest total among the three finalist shortstops.

While Trevor Story has a strong case as well, his and Javy’s numbers in terms of defense and offense are quite evenly matched – and while they’re both slugging around .550, only one of these players is playing half of his games at Coors Field.

Willson Contreras, meanwhile, has been the best offensive catcher in all of baseball. He’s slashing .295/.389/.563 thus far with an insane wRC+ of 146, and seems primed for his second consecutive All-Star appearance.

When you go to fill in your starters ballot, Javy and Willson are easy choices to make.

Kris Bryant and Anthony Rizzo just go together, and the same is true when it comes to evaluating their All-Star cases.

Both of them deserve to be on the team – of that there’s no doubt. In terms of WAR, Bryant is right behind Javy for the team lead with 2.9 fWAR, a total that sees him tied for 17th among all position players in the majors (and let’s not forget, he was largely a nonfactor for much of April).

Rizzo, meanwhile, is enjoying essentially the best start to a season he’s ever had. He’s on pace to smash his career high in home runs (32) with 19 so far on the season. He continues to be an on-base machine, and his OPS clocks in at a solid .913.

So what makes these two edge cases? Well, their competition at first and third base in the NL is pretty fierce. Josh Bell and Freddie Freeman have both been better than Rizzo offensively (albeit worse on defense), while Nolan Arenado is playing legitimate MVP-caliber baseball at third base.

It all depends on what you consider when voting for All Stars. While some vote for every member of their team no matter what the stats say, and others only vote for the clear best at each position, I tend to fall somewhere in the middle: I vote for the players on my team who have legitimate cases to be All Stars.

While Rizzo and Bryant may not be objectively the best at their positions, they deserve to be in consideration, and for that they’ll get my vote. It wouldn’t be, you know, embarrassing to see them start. Not like it would be for, say…

The outsiders: Almora, Heyward, and Schwarber

That the voting for the All-Star Game is a popularity contest is no secret. That the Cubs have a lot of fans voting for their players is equally unsurprising. But seriously, y’all – not just one of these guys snuck into the top nine outfielders for this vote, but all three??

Sigh. Alright. Let’s talk about them, then. Of these three, I’d have to say either Heyward is most deserving of maybe a handful of All-Star votes.

After underperforming for years, Heyward looks a bit more like the player the Cubs thought they were signing to a nine-figure deal. He’s got an OPS just shy of .800 (and better recently) with 11 home runs, matching his previous high in a Cubs uniform (he hit 11 home runs in all of 2017).

It makes for a nice story, to be sure, since he’s never been worth more than 2.0 fWAR in a Cubs uniform and has struggled mightily.

But an All-Star, let alone a starter? Come on.

Kyle Schwarber has emerged as a reasonable leadoff hitter for a team in desperate need of consistency at the top of the lineup. Albert Almora makes highlight-reel catches regularly and is a delight to watch in center field.

These guys are decent enough players, sure. But if you add up the WAR totals of Almora, Schwarber, and Heyward, you get 1.9 fWAR – not even half what Cody Bellinger (5.3) and Christian Yelich (4.6) have piled up by themselves to this point.

So please, please vote for the Cubs who deserve to be in the All-Star Game. It’s a fun way to celebrate baseball and the incredible amount of talent on this Cubs team. But let’s not embarrass ourselves, alright?