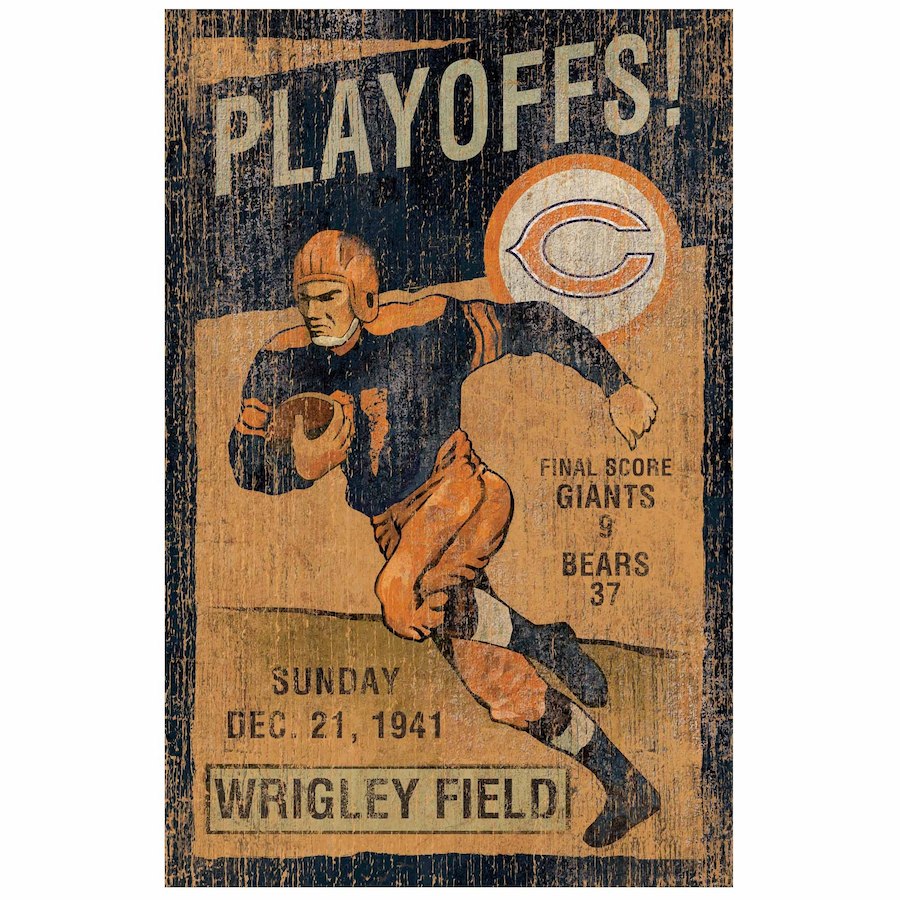 For the first time in almost a decade, the Bears aren’t headed for vacation now that the clock has struck zero in their final game of the regular season. Instead, they’re hosting a get-together – specifically, a matchup with the defending Super Bowl Champion Eagles.

At the start of the season, nobody expected this team to get anywhere near this point, and anyone who claims otherwise is a liar. A LIAR! And even when they started to show good signs it was hard to believe

Did you think this team was special after they shrugged off their divisional losing streak? Or after they beat the Vikings and defended first place? Maybe it was after they stonewalled the Rams on national television?

It doesn’t matter when – what matters is this team is truly special. How special remains to be seen, but with the first kickoff of the NFL playoffs mere days away, time is running for wild speculation. What does it mean if the Bears beat the Eagles and make a deep playoff run? And the wildest speculation of all: What if they win the Super Bowl? (ohhhhh pleasseeee)

It would establish the Bears as the team to beat

Think about it: With every huge primetime matchup, this young team could have folded under pressure and everyone would have understood. Because no one expected them to win these games. Everyone figured they were a year early and just playing out of their minds.

But they’ve welcomed every challenge. The Vikings, the Rams, the revenge against the Packers.

This Eagles team seemed to have no shot at the playoffs, but then they went on a tear. They won five of their last six games after a 4-6 start, including a road victory against the Rams and a hard-fought win over the Texans.

I’ll make this one short, because there’s not a whole lot that needs to be said: This team isn’t the 1985 Super Bowl Champion Bears, but they don’t need to be. They’re still a hard-nosed bunch that strikes fear into the hearts of quarterbacks and offensive lines everywhere.

They’re 12-4, not 15-1. The teams are just different. But they’re every bit worthy of that Monsters moniker. And if they get to the Super Bowl? Well, they sure as hell won’t have Rex Grossman leading their offense.

It would show the NFL that defense still matters

There was a game this year where the opposing teams scored a combined 105 goddamn points. Do you need more evidence that the NFL has become heavily skewed toward high-caliber offenses?

But before anyone forgets about defense entirely, I submit the Bears – who went up against one of those teams, the 54-point-scoring victor no less, and held them to six measly points.

If the Bears are going to win the Super Bowl, they’re going to have to take down some high-caliber offenses. The Rams are still around, and the Saints are the consensus #1 team in the NFL – both of these teams scored over 500 points this year. In the AFC, the Chiefs scored even more, and the Patriots – Tom Brady and all – are still hanging around.

Odds are they will have shut down the best offenses in the league – and you can bet more teams will try dialing up Vic Fangio’s defensive playbook instead of Andy Reid’s offensive one.

I’m a big fan of defense, and at a time when the NFL is losing viewership every year, this sounds like a win for them to me.

It would signal the start of a Bears dynasty

One last thing here. Everyone expected that the Bears would be good – even great or dominant – at some point. In fact, they’re a lot like the 2015 Cubs. They’re here a year ahead of what anyone expected, with a roster full of talented young players, and they’re already competing. The Cubs stalled out in the NLCS, but they won it all the very next season.

If the Bears win this year, though? Everything else is gravy. They can rack up Super Bowl wins a la the early 2000’s Patriots, or the Steelers of the late 1970’s. They’re already zagging while everyone else is zigging with pass-oriented offenses. They’re the perfect foil to these teams – and by the time the league can adjust, the Bears could easily have multiple Super Bowl trophies in a few years.

But it all starts with the Eagles. And the road to that dynasty dream? It won’t only go through Soldier Field, but this Sunday at 3:40 that’s where it’ll start. The Eagles are hot, but the Bears’ defense will be more than enough to cool them off and get rolling.