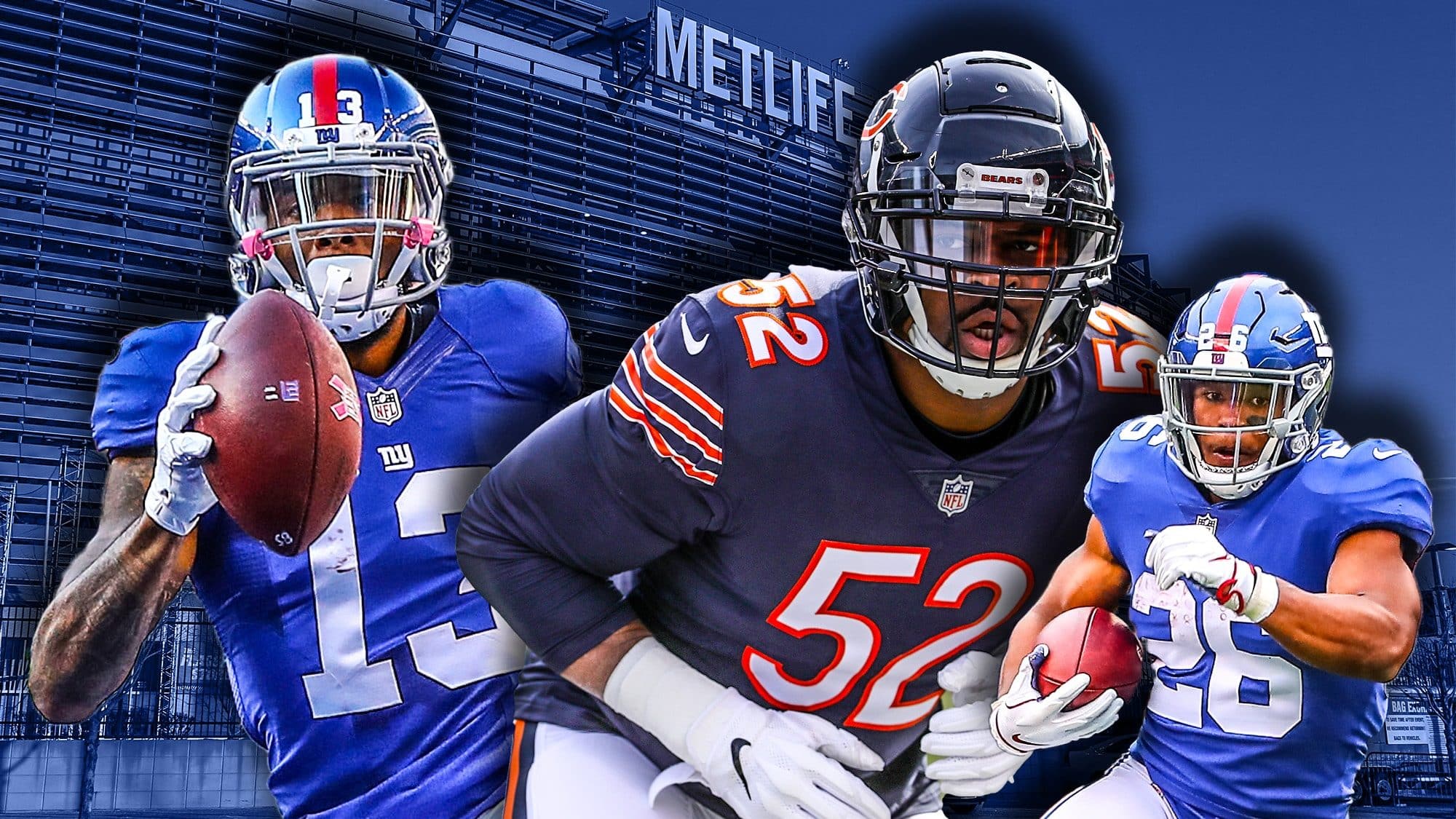 Last week, as a Thanksgiving appetizer, the Bears fended off the Lions 23-16 on a short week with backup Chase Daniels at the helm due to Mitch Trubisky’s nagging shoulder injury.

For a team that hadn’t done much winning in the past several years, peaking at 8-8 in the first year after the departure of Lovie Smith and never reaching .500 again, suddenly they were back at that mark, with nowhere to go but up.

Five wins in a row? Incredible. Three divisional wins in as many tries? Impressive. The weak Giants next week?

With Trubisky still out, the Bears were as sloppy as the weather at MetLife Stadium for about three quarters – on both sides of the ball. And despite some late wizardry, the magic ran out in overtime, with the Giants stealing a 30-27 victory.

And despite a solid performance in Detroit against the Lions, the cracks were bound to show sometime. Like, say, on the second play from scrimmage, when Daniels threw the ball into the arms of Alec Ogletree for a pick six.

Or when the Giants and Bears exchanged four consecutive three-and-outs right after that, the Bears scored a ground-game touchdown, and then the offenses went right back to it, passing possessions back and forth like a game of wholly inept hot potato.

Interspersed with all of that was another Daniels interception and the first of what would end up being several botched snaps, as the moist weather and Cody Whitehair’s errant snaps gave Daniels a case of the dropsies (#socute)

This didn’t look like an 8-3 team playing a 3-8 team. It looked like a pair of 3-8 cellar-dwellers duking it out for a higher draft pick.

If there’s anything positive to be taken from this game, it’s the Bears remembering they still have Jordan Howard – for the first half, at least. The first touchdown drive featured runs by Howard of 22 and 8 yards before he punched it in for the touchdown.

The Bears grabbed the lead what seemed like an eternity later on a drive that included another 25-yard rush by Howard and this absolutely ridiculous catch by Allen Robinson. And oh yeah, it was Akiem Hicks crossing the goal line on fourth down for a rumbling, Fridge-nostalgia-inducing score.

An end-of-half field goal by the Giants made it 14-10 heading into the third quarter, but things looked alright for the Bears. Keep the ground game working on this slick day, and let the defense wreak havoc. Right?

Not exactly. The Bears seemingly forgot about their running game, and also forgot how to cover receivers, as the Giants came out of the locker room with a quick four-play, 75-yard touchdown drive capped by an Odell Beckham Jr. TD pass. The Bears went three and out, and then a long, grueling drive by New York put them up 24-14. Things looked bleak.

Field goals were exchanged, and the Bears got the ball with 1:49 left, a single timeout, and a 27-17 deficit. It was over.

Not over ‘til overtime

After notching a quick field goal, the Bears’ only remaining option was an onside. NFL teams to that point had recovered only 3 of 38 onside kicks this season.

But this is the 2018 Bears, and when they’re not good, they do lucky and ridiculous things. They recovered that damn kick. They marched it down the field. And Tarik flippin’ Cohen capped off his monster day not with a touchdown reception (he ended up with 156 receiving yards) but an overtime-forcing touchdown pass.

Coach Matt Nagy opted to kick the extra point rather than going for two to win the game. It seemed like the Bears had all the momentum going into overtime, and who could question that decision?

Well, hindsight is 20/20. The Giants kept up the pressure, notching a field goal on their overtime-opening drive, and then the Bears went back to playing like they had earlier in the day.

The magic ran out. The curtain came down. And the Bears lost to the Giants.

The aftermath: Who’s next?

You could look at the Bears-Giants contest and claim it was a trap game. But only sad people make those sorts of claims. Yeah, Chase Daniels was still out there, and boy do the Bears miss Trubisky now.

But he was one of just two backups seeing action for the Bears – the rest of the squad is the same one we’ve seen all year that brought this team to where it is now. There’s a lot of blame to go around. The Bears could have stockpiled another win and maybe even challenged the Saints – who were stymied by the Cowboys – for a first-round bye.

If they still want a shot at that, though, they’ll have to play the 11-1 Rams a lot better than they did the 3-8 (now 4-8) Giants. They’ll get their chance next Sunday night.

Primetime. Bright lights. And even after beating the Vikings and shoring up their first-place lead, a hell of a lot left to prove.