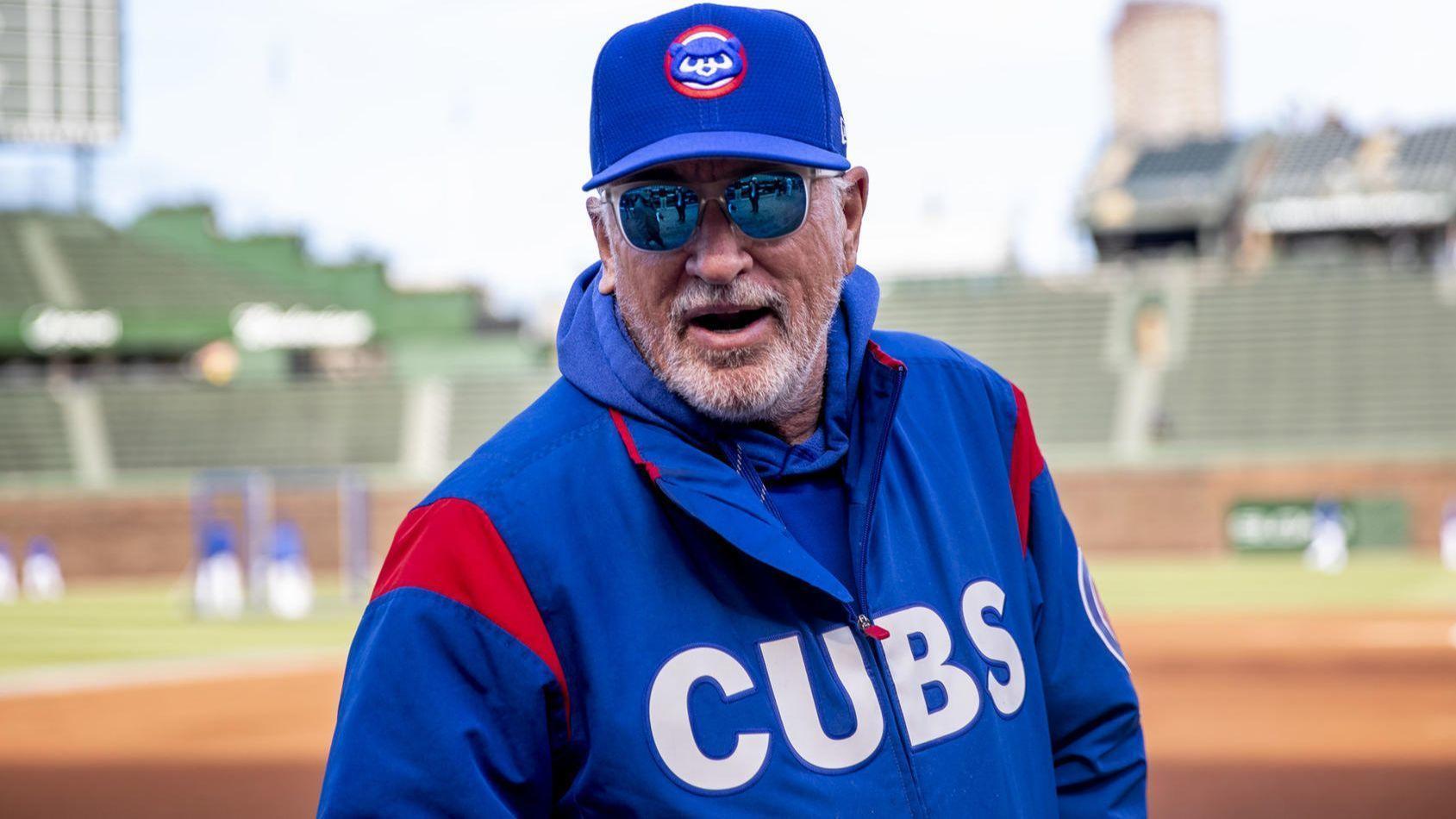 The Cubs ran the table for the week, extending their winning streak to seven games and sweeping St. Louis into second place.

As I write to you this very morning, the Cubs flag is flying atop the NL Central pole at Wrigley for the first time since March, when they were 1-0 after an Opening Day victory against the Rangers.

It feels good to be right, but it feels even better to not go far enough: I didn’t foresee this team clambering to the top of the standings for a couple more weeks.

They went ahead and won all five games, experiencing the sweep-ness in Seattle in an abbreviated two-game set before kicking the Cardinals right the hell out of first place and back to boring St. Louis.

Here is a very happy recap describing how it all went down.

The Cubs took a quick trip to Seattle to play the once-scary Mariners, who were looking to get back on track after being absolutely bodied by the Rangers 15-1 and 14-1. The Northsiders eked out a 6-5 victory in the first game and pulverizing the M’s in the second in an 11-0 shutout.

Cole Hamels wasn’t exactly sharp in the opener, but neither was “King” Felix Hernandez, who’s looked more mediocre than monarchial in the twilight years of his impressive career. Each starter got knocked around for four runs (though only two of Hamels’ were earned).

Seattle took a 5-4 lead in the sixth with a homer off the otherwise-solid Brandon Kintzler, but Kyle Schwarber responded in the eighth by sending a ball into orbit to seal the 6-5 win.

After showing some graciousness to their hosts in the first game, the Cubs thrashed them in the second contest. Javy Báez, Anthony Rizzo, and Willson Contreras all homered, Jason Heyward notched three hits, and Jon Lester looked more 25 than 35 with seven scoreless innings in an 11-0 rout.

With the win, and a St. Louis loss on their off day, the Cubs were only 2.5 games back of first – poised to strike in their first series against the Redbirds.

(Why are the Cubs and Cardinals not playing until May? Yeah, I have a lot of complaints about the scheduling so far.)

The Cubs swept their arch-rivals with a variety of wins: A 4-0 pitching masterpiece, a 6-5 come-from-behind squeaker, and a 13-5 blowout to complete the trifecta.

The first game was all about Kyle Hendricks. Greg Maddux comps have followed him throughout his career due to his pinpoint command and changeup-focused attack – but he’d never thrown a “Maddux” himself (a complete game shutout on fewer than 100 pitches).

He carved up the Cardinals in the opener, though, inducing weak contact and throwing just 81 pitches (63 for strikes) in nine innings – here, you can watch them all. Rizzo provided the necessary offense with a three-run homer.

The second game was the squeaker. Yu Darvish struggled to find the zone or generally make quality pitches, giving up five earned runs in four innings while walking five batters.

But the Cubs have always hit Michael Wacha (5.90 ERA against them entering play), and they set to work on a comeback after going down 5-1 in the fourth. Báez and David Bote singled, Albert Almora bunted the runners to second and third, and Schwarber was intentionally passed.

Here’s the Cardinals broadcasting crew talking about how great an idea that was as Taylor Davis ties the game with a grand slam. The teams traded zeroes after that before Javy gave the Cubs the edge (and the 6-5 W) in the eighth inning.

Not satisfied with two wins, the Cubs set out to demoralize the Cardinals in the third game. A Contreras solo blast was the only scoring through the first four innings, but then the Cubs erupted, scoring six runs over the next three innings, and then six more in the eight to truly take all the air out of their rivals.

And oh yeah, that was capped off by a Bryant grand slam to let the rest of the league know the Cubs’ star third baseman is well and truly back.

A pair of home runs turned a 13-2 margin into 13-5, but you know it’s been a great weekend when the Cardinals Twitter account falls silent halfway through the game and refuses to post a final score for three days.

Losing gracefully and all that.

Despite the days off, a lot happened this week. The Cubs swept a decent opponent on the road, then turned around and swept their nemesis at home. They catapulted themselves into first place, own the best record in the National League, and boast the top run differential (+51) in all of baseball.

I was wrong when I said the Cubs “probably aren’t bad.” They’re flat-out great. They’re only just starting to fire on all cylinders, and the last time I felt this optimistic about the Cubs… well, yeah.

Their seven-game winning streak already matches their season-best from last year, and they open this week with a four-game set against the pitiful Miami Marlins (9-24). Can they push it to double digits? I’m loath to predict a sweep, but anything less than three of four is a failure.

After that, it’s Milwaukee (20-16) for a weekend rematch. Their pitching has been a joke, and Quintana will likely pitch the opener, followed by Hamels and Lester. I think the Cubs lefties stifle the Crew, but the Brewers salvage a win – two of three sounds good to me.