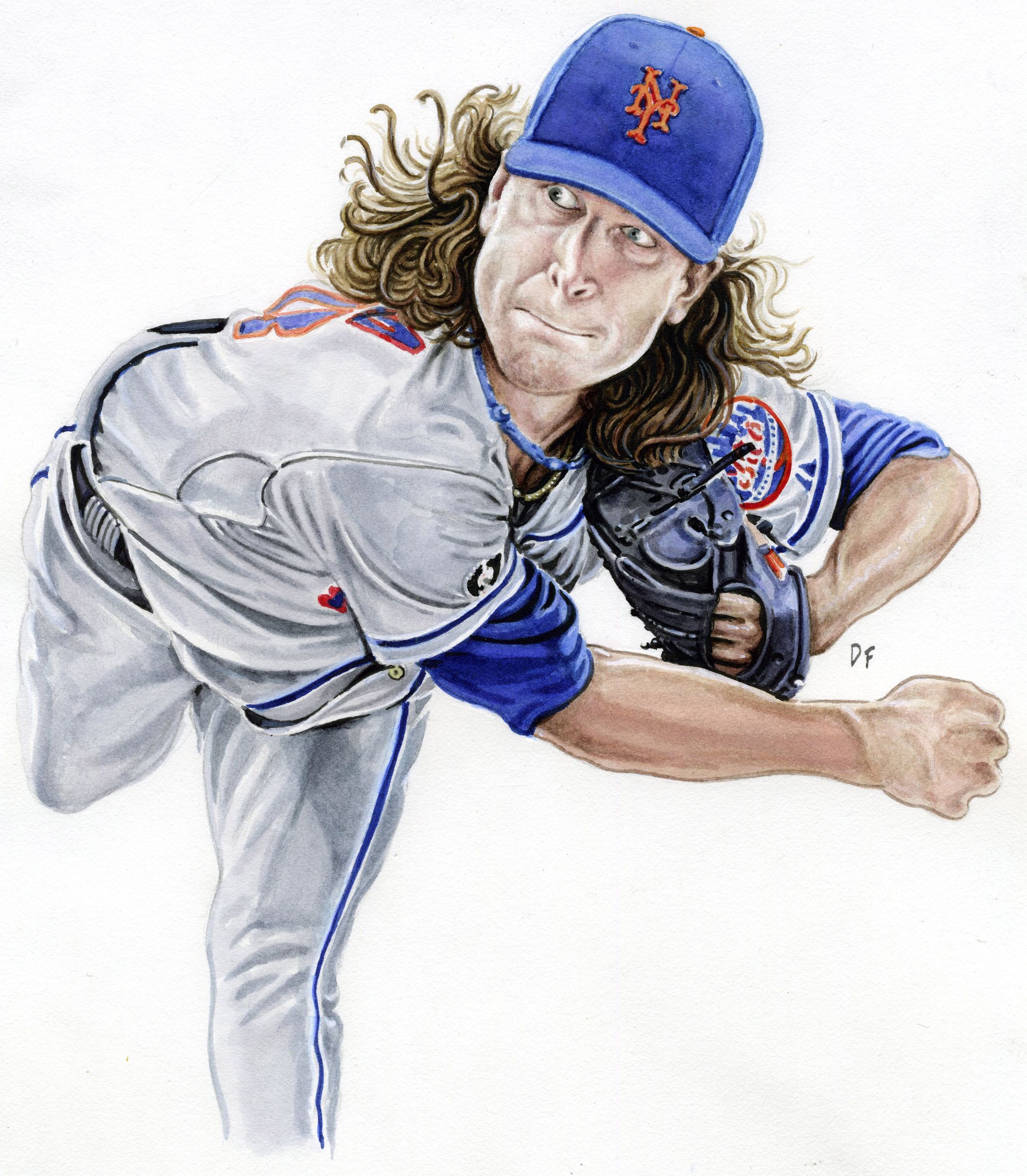 Jacob DeGrom is arguably one of the best pitchers currently in the major leagues. His ERA is the best in the MLB at 1.68 and his strikeouts second in the National League at 149.

However, his record still holds at a 5-4 with the Mets. It’s sad, disheartening, and honestly – despicable.

Time and time again, DeGrom leaves the game after the 7th inning, letting in no more than one run, and yet the Mets blow it. Is it poor bullpen pitching? Is it lousy hitters? Is it some god forsaken curse?

As a Mets fan, it is all too easy to get made fun of for the mockery that is the Mets. Customers at my bar boast about how much better their teams are than mine. They mock my fandom and what do I have to retort? All I can say is… 2015? Does that still matter? When you’re a Met, you’re a Met all the way! Fuck me right?

Or I can say… DeGrom. At least we have DeGrom.

You saw the All-Star game. You saw him take out some of the best hitters in baseball. He quickly retired Mookie Betts and Jose Altuve, faced Mike Trout, and then struck out J.D. Martinez.

Ok….sure, he let in Trout’s homer, but a homer hit by arguably the best hitter in baseball today, a two-time MVP with a batting average consistently over .300. Let’s be honest, you pit the best pitcher against the best hitter, and what do we find? Hitting wins sometimes. It takes two to tango.

That’s what the Mets need to learn from this showdown. You can have the best pitcher in the MLB; you can even have two top-tier starting pitchers breaking records we didn’t think possible (we can’t forget Noah Syndergaard when talking about Mets pitching), but it doesn’t matter when you don’t have the offense.

It’s no news flash that the Mets have a weak hitting squad, bringing their winning percentage to .415, the lowest in the NL, and the fourth lowest in all of baseball, but hopefully DeGrom’s ace pitching has shown the world that just because the Mets keep losing, they are not all losers.

Maybe we should just trade him. Let him get out of this Mad Max hellscape that is the Mets. I heard the Chicago Cubs are looking.

As a female fan, I root for the underdog because I am society’s underdog (queue the eye rolls). This season has definitely been a humbling one for the fans, but amongst all the losses, the forfeited leads set out by fire starts, the ninth-inning disasters, DeGrom is a beam of light that reminds the fans that just because we cheer for a losing team, we are not losers.