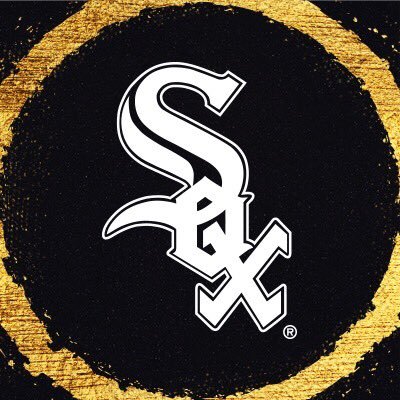 By now, everyone knows that we lost out on the Manny Machado sweepstakes to the San Diego Padres, who might have been the only team less relevant than the Sox. We lost because we are losers who lose and our leader on loser hill, Jerry Reinsdorf, couldn’t guarantee two additional years for a 26 year old superstar who would’ve catapulted our team to the top of the AL Central in 2019 and beyond. The 83 year old billionaire with a B would not commit to more than 8 years guaranteed, but also refused to include an opt out after 5 years because he does not believe in that ‘philosophy’. Now I may have failed every philosophy class I’ve ever taken, but not giving the best player available the best deal seems like a garbage philosophy. I, along with most Sox fans, am upset about the situation, but the future is still bright and I’m all in on WhiteSox 2020. Let’s hope the team can prove that they don’t need a once in a lifetime player entering his prime because who really does. As for Manny, enjoy your $300 million and sunny San Diego. I am extremely jealous.

It might be hard for Sox fans to move past this most recent debacle, but the guys on 35th and Shields are the only people I care about going forward. Pitchers and catchers reported, practice began, and the split squad competitions have started meaning IT IS BASEBALL SEASON. I refuse to let a disappointing offseason ruin my mood. I love this game and I love this team. We might lose another 100 games or maybe only 90 this year, but I’ll still be drowning my sorrows with elotes all summer long. The best part of spring trainings is nothing is determined. As far as I am concerned, the White Sox have a 1 in 32 chance of winning the World Series in 2019. I am sure we will find out very early in April where the team actually stands, but we have a few things to be excited about for the upcoming season.

Yoan Moncada continues to keep Sox fans excited with his spring training performance so far. The infielder has been spending time working the hot corner to go along with a .455 batting average to date. The 23 year old has shown flashes in one plus years with the team, but has been a disappointment overall since making his debut in late 2017. I expect Moncada to ride this hot streak in the regular season and live up to hype he had coming over from Boston.

The two other South Siders dominating the cactus league are Luis Robert and Nick Madrigal. Both are 21 years old and probably won’t see the big leagues until 2020, but their hot starts this spring have made me a believer. I foresee a lineup featuring Abreu, Anderson, Jimenez, Madrigal, Moncada, and Robert which will most definitely tear up the American League for the next decade.

“The next Babe Ruth”

Eloy Jimenez is coming to town and I, for one, am pumped to fight with the 3 other people in the bleachers over his home run balls. This dude is a 100% bonafide stud and should make his debut a few weeks into the season. The 22 year old Dominican sensation is going to inject some much needed enthusiasm into the fan base and should instantly be one of the top players on the Sox and in the league. I’m predicting career averages of .310, 36 home runs, and 94 RBIs to go along with 9 All Star appearances and of course multiple World Series titles. Jimenez has the potential to be a game changer, so don’t worry White Sox fans. We don’t need Machado, Harper, Arenado or anyone else. We have The Big Baby, Eloy Jimenez.